President Trump once again vowed to repeal the Johnson Amendment Thursday morning at the National Prayer Breakfast in Washington. 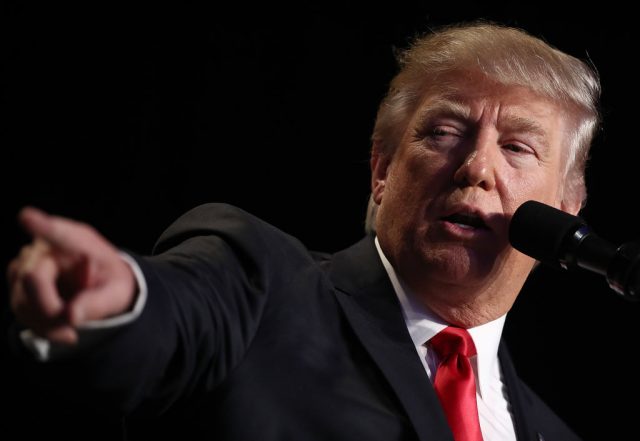 The president said he would “totally destroy” the federal tax law from 1945 that prevents tax-exempt groups, like churches, from endorsing or opposing political candidates.

“Jefferson asked, ‘Can the liberties of a nation be secure when we have removed a conviction that these liberties are the gift of God?’ Among those freedoms is the right to worship according to our own beliefs,” Trump told the audience. “I will get rid of and totally destroy the Johnson Amendment and allow our representatives of faith to speak freely and without fear of retribution.”

“I want to express clearly today to the American people that my administration will do everything in its power to defend and protect religious liberty in our land,” he continued.

“Freedom of religion is a sacred right, but it is under serious threat.” 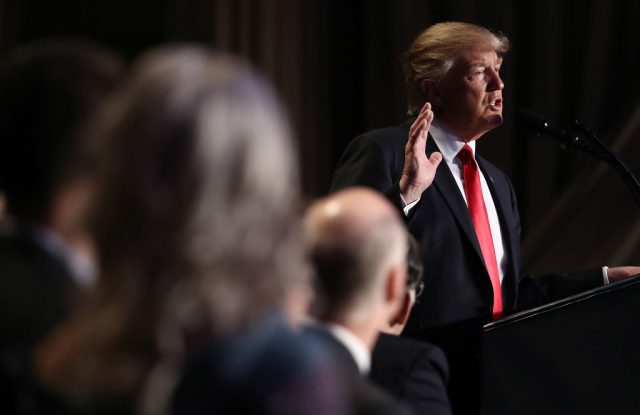 During his acceptance speech at the Republican National Convention in July, Trump brought up the Johnson Amendment while thanking the “evangelical and religious community” for their support.

“You have so much to contribute to our politics, yet our laws prevent you from speaking your minds from your own pulpits,” Trump said at the time.

“An amendment, pushed by Lyndon Johnson, many years ago, threatens religious institutions with a loss of their tax-exempt status if they openly advocate their political views.” (RELATED: What Ivanka Trump Told The Republican National Convention About Her Father)

“I am going to work very hard to repeal that language and protect free speech for all Americans. We can accomplish these great things, and so much else — all we need to do is start believing in ourselves and in our country again. It is time to show the whole world that America is back.”