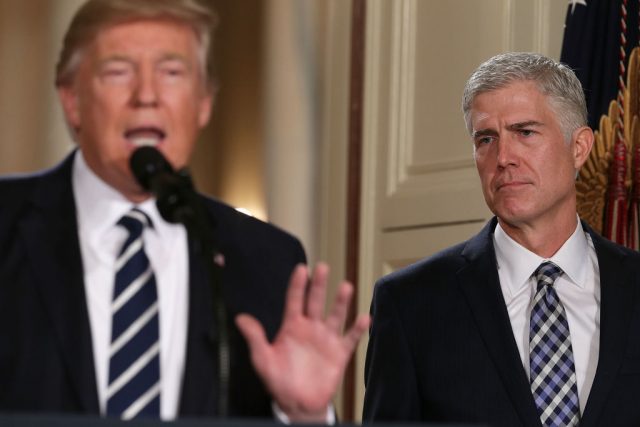 Nearly 33 million people watched the president announce that he was nominating Judge Neil Gorsuch to the Supreme Court from the East Room of the White House. Those numbers are higher than Barack Obama’s final State of the Union address last year, which reached a little over 31 million viewers.

CBS and Fox News brought in the most viewers, with 7.97 million and 7.56 million, respectively. (RELATED: New Poll Shows President Trump’s Approval Rating Is Closing In On 50 Percent)

“I made a promise to the people that I would find the very best judge in the country to nominate to the Supreme Court,” Trump said Tuesday night. “Millions of people said this was the single most important decision.”

[dcquiz] “His academics are as good as I have ever seen,” the president continued.

“The qualifications of Judge Gorsuch are beyond dispute. I would like to thank Senate leadership. I only hope that both Democrats and Republicans can come together, for once, for the good of the country. Congratulations to you and your family.” (RELATED: Conservatives Are Thrilled That President Trump Nominated This Person To The Supreme Court)