Catholics in Alliance for the Common Good, an organization that was founded by former Clinton campaign chair John Podesta and has received hundreds of thousands of dollars from left-wing financier George Soros, is waging a public campaign against President Trump’s executive orders suspending entry from seven terror-prone countries. 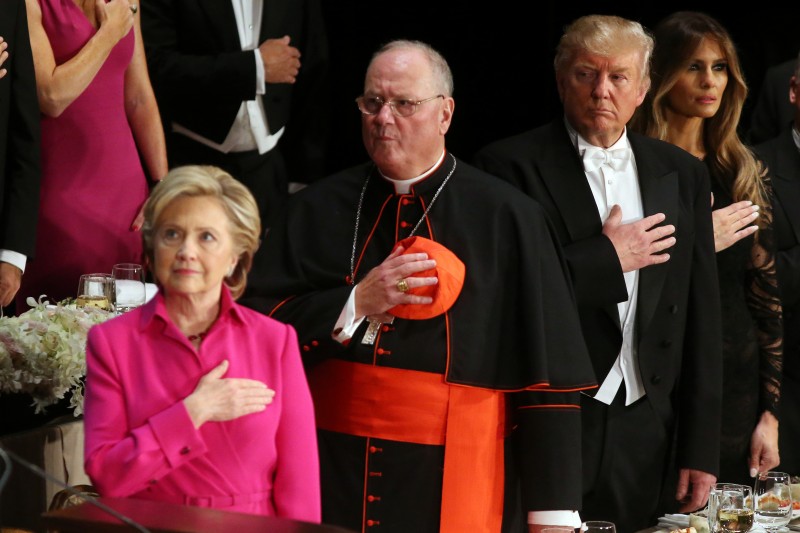 Emails published by WikiLeaks last fall reveal Podesta talking about using the organization to pull the Catholic Church in a liberal direction. Sandy Newman, president of left-wing organization Voices for Progress, asked Podesta about creating a “Catholic Spring” in order to undermine Church teaching on contraception. “We created Catholics in Alliance for the Common Good to organize for a moment like this,” Podesta replied.

The organization sponsored a mass outside of the White House protesting the executive orders. More than 550 people attended the mass, according to Jesuit publication America Magazine, in protest of what attendees said was “religious persecution” against Muslims on the part of Trump. (RELATED: Majority Of World’s Muslims Untouched By Trump Visa Ban)

Catholics in Alliance is also gathering signatures for a letter that will be sent to Speaker of the House Paul Ryan, who is Catholic, calling on Ryan as “fellow Catholics” to “stop President Trump’s ban of refugees from Muslim-majority nations from entering the United States.” The petition has received almost 4,000 signatures to date.

“If we’re nothing but surrogates for the Democratic Party and shills for secular progressives bent on collapsing the church from within, we probably should be fired, because we’re doing a pretty bad job. The idea that we’re trying to create a revolution within the Catholic Church is absurd,” Christopher Hale, the executive director of Catholics in Alliance, told The Daily Caller.

Hale, who worked on Barack Obama’s 2012 re-election campaign, wrote an article for The Washington Post last October arguing that progressives aren’t a threat to American Catholicism. Trump, he said, is the real threat.

Hale says his organization hasn’t accepted money from Soros in years but said he would have no problem doing so.

On his publicly-visible Facebook page, Hale demonstrates a clear bias against the president.

In one lengthy post, Hale said he stopped going to Sunday Mass — which Catholics are generally required to attend unless extraordinary circumstances prevent them from doing so — because of the “pain” he felt due to Trump’s election.

“I’m sure my pain pales in comparison to those Christians over the centuries who have seen Church leaders fail to stand up to tyrants and for the gospel of Jesus Christ during war, genocide, and other dangerous times in global history,” Hale wrote. “But nevertheless, my pain kept me out of Church and away from Sunday Mass for several weeks after the November 8 election.” (RELATED: Leaked Soros Memo: Refugee Crisis ‘New Normal,’ Provides ‘New Opportunities’ For Global Influence)

He went on to say that he stopped attending mass in order to communicate “how angry I was at God and how hurt I was by the collective failures of our faith community” regarding Trump’s election.

“If her dismissal proves anything,” Hale wrote, “it’s that women will be the greatest force of resistance to the President of the United States.”