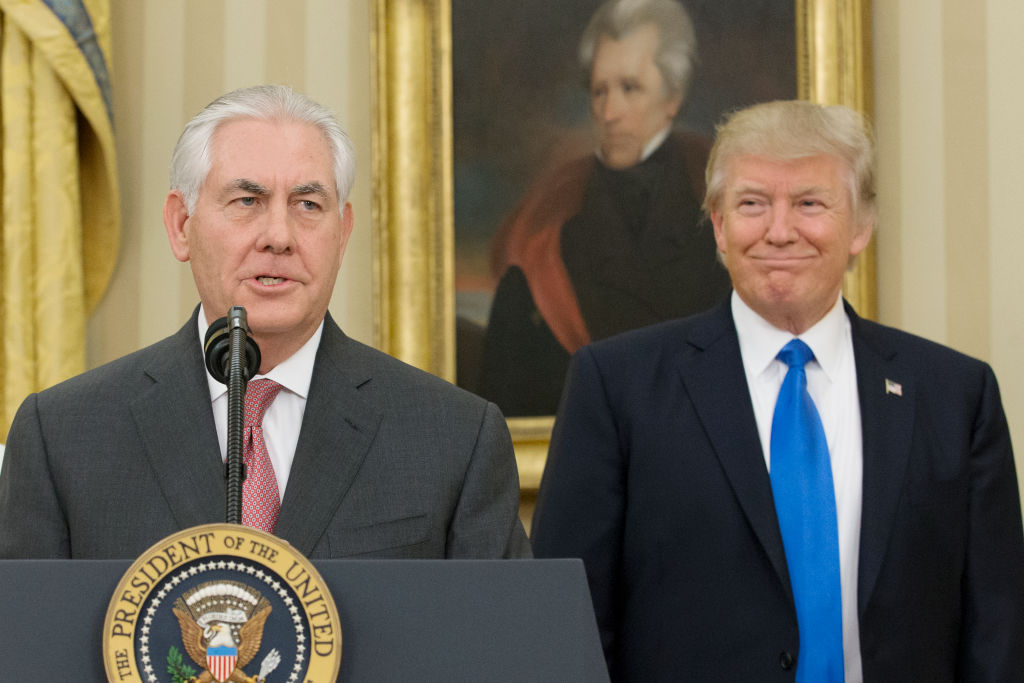 The former Exxon CEO noted that before receiving the call from President Trump, he thought he’d “be entering retirement this spring after four decades of business experience.”

“[Tillerson’s wife] Renda [St. Claire] and I were ready to head off to the ranch and enjoy our grandchildren,” he continued. “But when I came back from my first meeting with President Trump and he asked me to do this, Renda said, ‘you didn’t know it but you’ve been in a 41-year training program for this job.'”

“So despite our own dreams, she said you’re supposed to do this,” Tillerson added. “Well, my first day is here, I’m on the job.”