Donald Trump opened his Thursday address at the National Prayer Breakfast by asking attendees to pray for increased ratings for NBC’s “Apprentice” series. 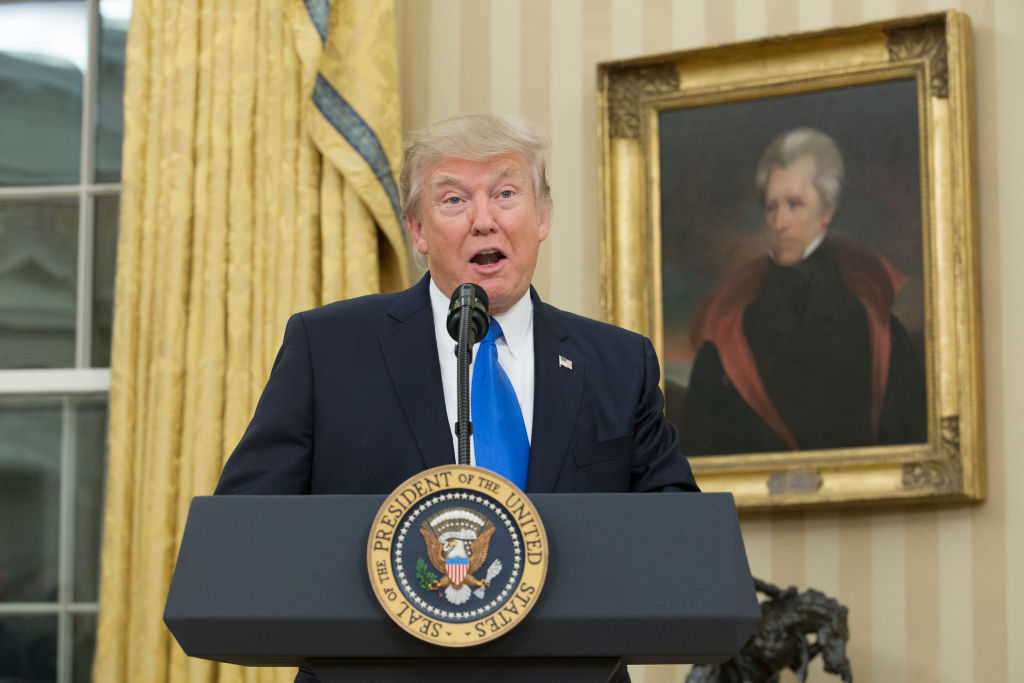 The President noted that he “had tremendous success” on “The Apprentice,” but when he left the boardroom-based reality show, NBC opted to hire “a big, big movie star, Arnold Schwarzenegger,” as his replacement.

“We know how that turned out,” he continued. “The ratings went right down the tubes. It’s been a total disaster.”

“I want to just pray for Arnold if we can, for those ratings.”