A recent conversation with a friend reminded me of something I witnessed at last year’s Annual Warrior Competition in Amman, Jordan. The competition, which I helped design, features the best of the best Special Forces units from around the globe competing in 10 skills events. Even at this level of competition there was one weapon operators, other than the breaching experts, had difficulties with and it was the shotgun. If the world’s most highly trained SF units had challenges with the shotgun, what about the tens of millions Americans who turn to their trusty shotgun in high stress situations. Among these millions include federal law enforcement agencies, state and local police, and of course countless everyday citizens who keep a shotgun, stored safely, by their bed.

In the special operations community, we have a saying, “You always fall back to your last level of training.” The reason for these operational difficulties stem from two basic and distinct reasons: Training and the Safety. Unfortunately, people don’t train on the shotgun the same way they do on their M4s, AR15s and handguns. And, when it comes to operating the cross bolt safety found on many of the leading tactical shotguns, muscle memory is taken out of the equation. This adds precious seconds and inherent vulnerabilities when making sure the weapon is SAFE or when it MUST go bang.

Another negative for the cross bolt safety is that it is found on the upper rear section of the trigger housing. This means you have to take your finger completely out of the trigger housing, reach back and manually depress the safety. When you are wearing gloves this process if further complicated. And some shotguns have differing types of safeties, which further exacerbating the problems. Yet on an AR15 or M4 everyone can easily access the selector switch safety with their thumb, and muscle memory lets you know without thinking what is safe and what’s not.

Back to my conversation with a friend who called to discuss a new venture he’s involved with. The company is called Signature Solutions and they created the S2-USA, the world’s first AR15 style selector switch safety for shotguns. I said, “Send me one.”

“Wow – game changer,” wish I had thought of this! No more fumbling with a dangerous cross bolt safety. No more looking down to see if the button is fully depressed. No more hesitation. I truly believe this product can dramatically reduce the Negligent, Accidental and Unintentional Dischargers that are commonly associated with cross bolt safeties. That said, Continuity of Training and the proper use of muscle memory has been firmly established for the mighty shotgun, which just so happens to be the number one type firearm, outside of the AK47, sold in the world.

This $47.95 ambidextrous selector switch safety is currently available for Remington 870s and Benelli USA shotguns. While it is an easy five-minute install, I highly recommend non-professionals have a gunsmith install it. I also strongly suggest, the next time people pack their bags full of ARs and head to the range, bring along that go-to shotgun. Train on it. You don’t need to shoot at 100 yards with slugs, 25 yards and in is all anyone needs to work on.

So here’s the down and dirty specs:

The S2-USA safety was tested on a Remington 870 Tactical Express that was sent to me. I did not install the device into the weapon.

The safety itself is made in the USA and constructed from corrosion resistant 17-4 stainless steel. The selector switch that comes into contact with the thumb is 6061-T6 black anodized aluminum. The S2-USA maintains the exact same transition and feel as an AR15 or M4 style safety. Two detents are designed to ensure positive lockup in both the Safe and Fire positions, which means the user will feel the safety click into place at both positions.

The Cross Bolt Safety in shotguns, and for many machine guns, transitions laterally. When the button is depressed at either end, the rotation of the axle creates a path for the trigger to move or fills a void that essentially blocks the trigger from engaging. The S2-USA Safety creates the same void and obstruction, but instead of traveling in laterally it travels vertically. It is the same action as an AR15 safety; thumb pressed forward moves the selector switch into a vertical “Fire” position and when the thumb moves the switch back into its horizontal position, the weapon is “Safe”. While I have not demo’ed the company’s Benelli model selector switch, I was told that the springs needed for the Remington models are a little stiffer to secure positive lockup.

As I stated before, it is important that a professional gunsmith or armorer does the installation and for that reason the company has not released install videos.

This product works well and as intended. 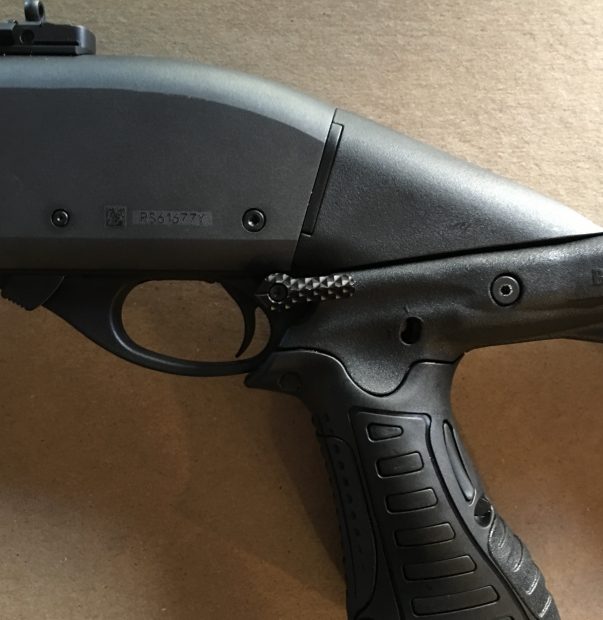 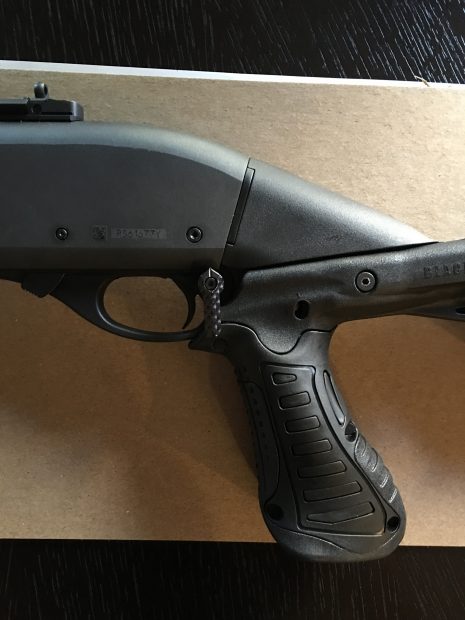 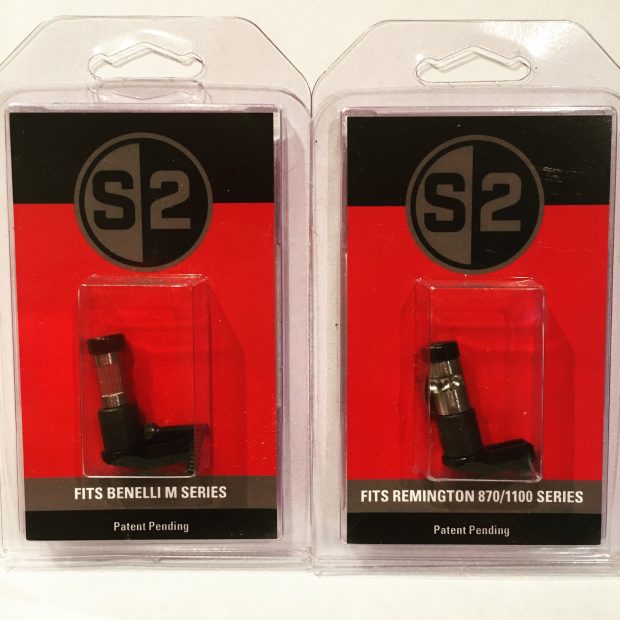 A US Army Green Beret Captain (Ret.), Military Combat Veteran & War Zone Contractor, and 20 year survival instructor, Mykel is the author of four books and has starred in several TV shows including Lost Survivors, Elite Tactical Unit, One Man Army, Man, Woman, Wild and is currently producing In Country. Mykel is also an inventor and has a line of survival gear under the Hawke Brand. www.MykelHawke.com