A Russian tech executive has filed a defamation lawsuit against BuzzFeed News and its editor, Ben Smith, for publishing an unsubstantiated dossier alleging various misdeeds against Donald Trump.

The 35-page dossier, which BuzzFeed controversially published on Jan. 10, stated that Aleksej Gubarev, the CEO of XBT Holdings, was “recruited under duress” by Russian spy agencies to hack the Democratic National Committee’s emails.

In his lawsuit, Gubarev called the publication of the dossier “perhaps one of the most reckless and irresponsible moments in modern ‘journalism.'” He asserted that he has never been recruited to work as a spy and that his companies have never engaged in cyber attacks.

Gubarev “has found his personal and professional reputation in tatters” because his name appeared in the dossier, the lawsuit asserts. 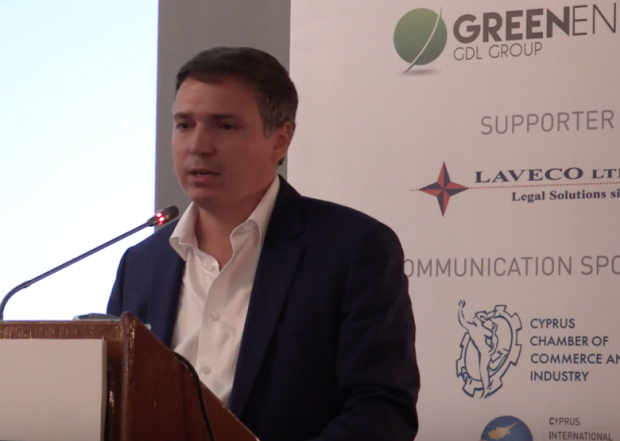 Gubarev, a citizen of Cyprus, argues in the legal filing that BuzzFeed failed to contact him prior to publishing the dossier. That despite Smith publicly acknowledging that he had reason to believe that at least some of the information in the document was false.

Hours after Gubarev filed the suit in a Florida state circuit court, BuzzFeed issued an apology and redacted the Gubarev’s name from the document.

“We have redacted Mr. Gubarev’s name from the published dossier, and apologize for including it,” BuzzFeed spokesman Matt Mittenthal told CNNMoney, which first reported the lawsuit.

Gubarev, who lives in Cyprus, also filed suit in London against Christopher Steele, the former British spy who compiled the information in the dossier.

Steele had been hired by Fusion GPS, a Washington, D.C.-based opposition research firm operated by former Wall Street Journal reporter Glenn Simpson. Fusion had first been in 2015 by a Republican donor to dig up dirt on Trump. But after the real estate baron won the GOP nomination, the Republican backer dropped from the project. Fusion reportedly found a Democratic ally of Hillary Clinton to finance the investigation, which Steele was hired onto last June.

Steele compiled the dossier, which is actually a series of memos, based on information from Russian sources. The ex-spy is said to have relied on third-hand information because he is unable to travel to Russia due to his work in MI6.

It was reported by The Wall Street Journal last week that the source of the most salacious claims made in the dossier is a Belarusian-American named Sergei Millian, the executive director of a small trade group called the Russian-American Chamber of Commerce.

According to The Journal, Millian told a source who ultimately reported to Steele that the Russian government had video recordings of Trump engaged in lewd sexual acts in a Moscow hotel room in 2013. The dossier asserted that the Kremlin was using the video to blackmail Trump. Millian is also said to be the source behind the claim that Trump’s lawyer, Michael Cohen, met with a Russian government agent in Prague last year to discuss hacking Democrats’ emails.

Cohen has strongly denied ever visiting Prague or meeting with Russian agents. He was also reportedly in southern California at the time he was alleged to have been in Prague.

The involvement of Simpson and Millian in the development of the dossier would seem to cast further doubt on the veracity of the document.

One target of Simpson’s dirt digging called him a “professional smear campaigner” in an interview with The Daily Caller last month.

Bill Browder, an American-born businessman who was at one point the largest foreign investor in Russia, has said that Simpson worked with a former Russian intelligence agent named Rinat Akhmetshin to undercut the Magnitsky Act. (RELATED: EXCLUSIVE: Oppo Researcher Behind Trump Dossier Is Involved In Pro-Kremlin Lobbying Effort)

Browder was the main proponent of the law, which sanctions Russian criminals and is strongly opposed by the Kremlin and Vladimir Putin.

As for Millian, Trump’s lawyer Cohen called him “a phony” in an interview with TheDC. Cohen has strongly denied ever visiting Prague. He also said that Millian has falsely claimed to have a business relationship with Trump. (RELATED: The Source Of The Salacious Claims In The Trump Dossier Has Been Identified)

Smith, BuzzFeed’s editor, has defended his outlet’s publication of the dossier, saying that the public had a right to read the information contained in a document that had been circulating around newsrooms for months.

Other outlets declined to publish the document because its claims were unverifiable. But BuzzFeed said it decided to publish after CNN reported earlier on Jan. 10 that U.S. intelligence officials had briefed Trump and then-President Obama on some of the information laid out in the dossier.

In one interview defending the publication of the dossier, Smith was asked by MSNBC’s Chuck Todd why BuzzFeed did not redact some of the names and identifying information in the document given that its claims were uncorroborated. (RELATED: Chuck Todd To BuzzFeed Editor: ‘You Just Published Fake News’)

“There is a such thing as redactions, and you could have redacted,” Todd told Smith.

“There are redactions,” Smith protested.

“You did very, very few,” Todd pointed out.