A Muslim student at a liberal arts college in Wisconsin has been arrested for spray painting reprehensible anti-Muslim messages on his own dorm room door and then filing a report claiming that he was the victim of a hate crime.

The student who falsely claimed that he was a victim of a terrible hate crime is Michael Kee, campus police told regional Fox affiliate WQRF-TV.

There were three spray-painted messages — all in bold red. In addition to “Sand nigger go home,” the other two messages read “#muslimban” and “Die,” according to a contemporaneous account by the Milwaukee Journal Sentinel.

There was also a red swastika spray-painted on a wall across from Kee’s room on the third floor of Bushnell Hall, an ugly slab of concrete on the Beloit campus.

A campus security officer found the messages on Kee’s dorm room door at around 2:30 a.m. on Monday morning.

The discovery came three days after Beloit campus police had opened a separate investigation into an anti-Semitic note that another student found slipped under a dorm room door.

“Kike, You should be gassed for what you say & do on this campus. Be worried cunt,” the anti-Semitic note read, according to The Times of Israel.

Investigators say Kee, 20, eventually admitted that he perpetrated the hoax because he hoped to receive the same kind of attention received by the student who allegedly received the anti-Semitic note.

“There were certain indicators that led us to believe there was a little more to the story,” Beloit police chief David Zibolski told WQRF-TV.

“We were already investigating the first incident when this one came up, which obviously ratcheted up the fear and concern on campus,” Zibolski said. 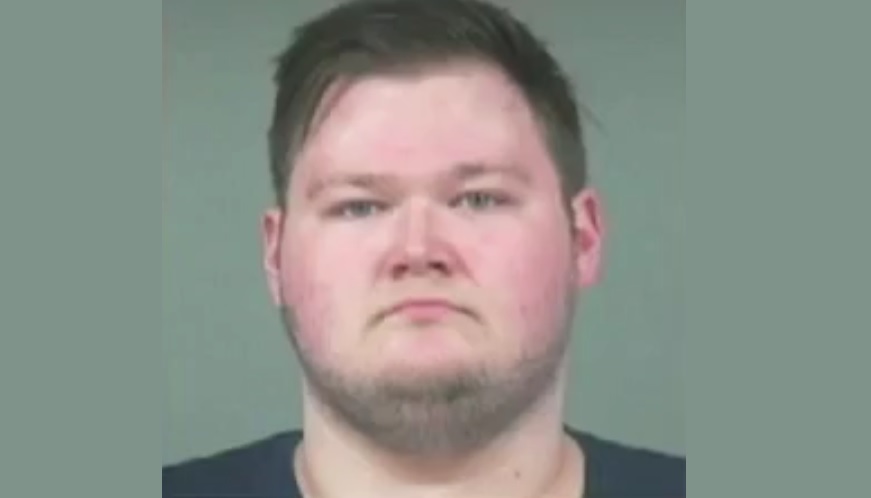 Beloit campus police say they believe the anti-Semitic note slipped under the dorm door is a legitimate hate crime. They have named no suspects. They say they continue to investigate.

Prior to the police revelation that Kee himself scrawled the anti-Muslim messages on his own dorm room door as well as the swastika across the hall, the Milwaukee Journal Sentinel suggested that Kee’s hoax hate crime was part of “chaos” building “around the country over President Donald Trump’s executive order temporarily banning immigration from seven predominantly Muslim countries.”

“I am, we are, overcome with concern for the well-being of our students and filled with anger and outrage because someone in our community feels emboldened to attack them,” Bierman pontificated, according to the Journal Sentinel.

“Let us reject hate together.”

After the hoax was exposed, Beloit College released a statement indicating that the school vows to crack down on hate crimes.

“This situation does not diminish the college’s resolve in resisting xenophobia, anti-Semitism, racism, and Islamophobia that aims to intimidate and silence its targets,” reads the statement obtained by Madison, Wisconsin NBC affiliate WMTV.

“Kee’s incident does not diminish our resolve going forward with these reported incidents and any other reported crimes of this nature,” the campus police said.

The cost for a single year of tuition, fees and room and board at Beloit is $55,206, according to the school’s website.

The school is located in a pleasant Wisconsin town, just over the Illinois border.

The hoax at Beloit adds a fresh chapter to the ever-growing throng of alleged hate crimes that turned out to be hoaxes. (RELATED: 2016: The Year Of The Hoax Hate Crime)

Some hoaxes of recent vintage have involved threats or attacks — which totally did not happen — against Muslims.

In December, a Muslim woman at the University of Michigan received national attention after claiming a drunk twentysomething man threatened to light her on fire and forced her to remove her hijab. The university condemned the “hateful attack,” which turned out to be a hoax. (RELATED: Anti-Muslim Threat At University Of Michigan Was A Huge Hoax)

Also in December, an 18-year-old Muslim woman named Yasmin Seweid was the subject of breathless headlines after she claimed to have been attacked by a group of Donald Trump supporters on a New York subway while onlookers did nothing. She, too, would go on to confess that she made the whole thing up. (RELATED: Muslim Woman Reportedly Admits To Fabricating NYC Subway Attack)

In November, another 18-year-old Muslim woman, this one in Louisiana, claimed two white men, one of whom was wearing a Trump hat, attacked and robbed her, taking her wallet and hijab while yelling racial slurs. She later admitted that she made the whole thing up. (RELATED: Here Are All The Hate Crime Hoaxes That Have Plagued The Country Since Trump’s Election)

Last this month, a hate crime narrative pushed by several media outlets vanished into thin air when police arrested a twentysomething man with previous domestic violence convictions for the brutal, senseless murder of Hussain Saeed Alnahdi, a University of Wisconsin–Stout student from Saudi Arabia. A complete lack of evidence of any hate crime did not stop local police investigators and The Washington Post from raising the possibility of a hate crime. “Many” unidentified “advocates” who are concerned about hate crimes “point to rhetoric from Republican presidential nominee Donald Trump, who has at various points called for a complete ban on Muslim immigrants,” the Post proclaimed in a November story just after the murder. (RELATED: NARRATIVE FAIL: Muslim College Student’s Murder Wasn’t A Trump-Related Hate Crime After All)