There were few political undertones to Lady Gaga’s halftime performance at the Super Bowl Sunday night. 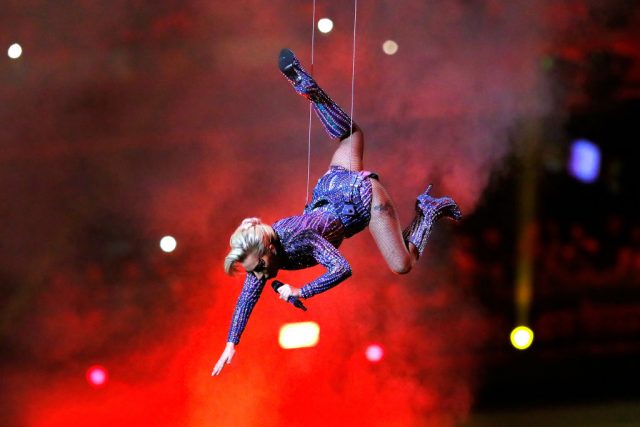 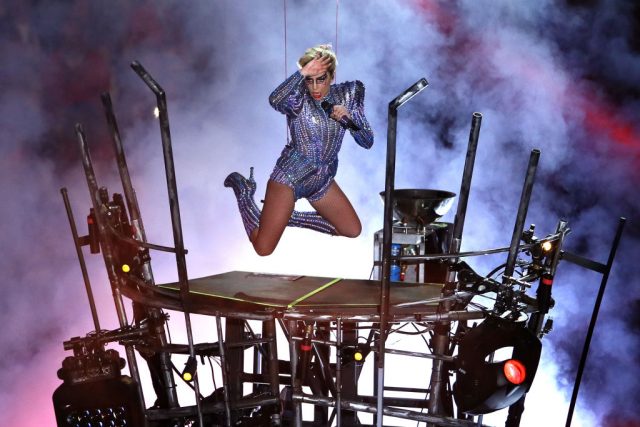 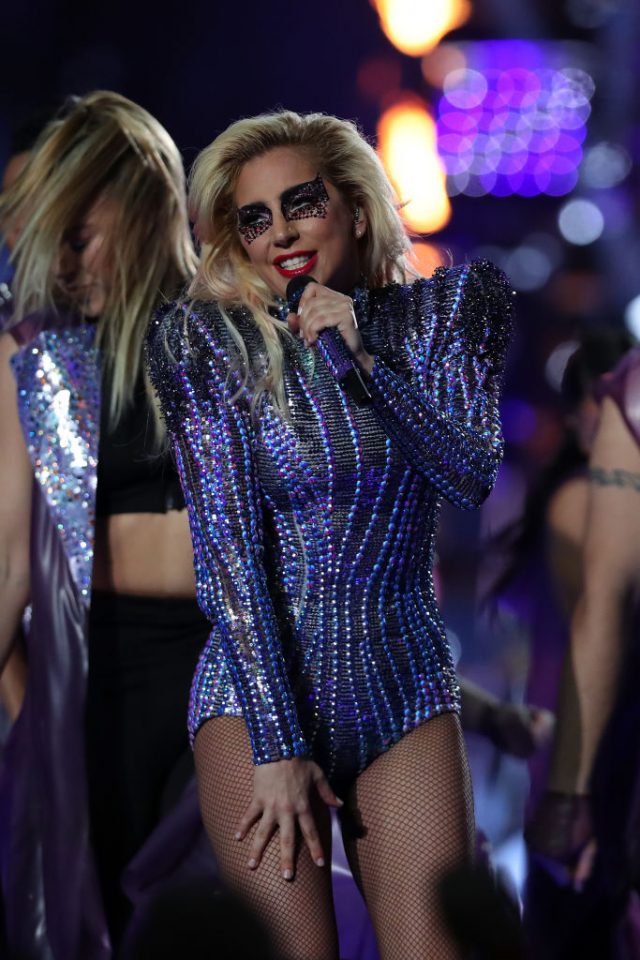 Dressed in a bedazzled bodysuit, the singer started her halftime performance with a shortened version of “God Bless America” as hundreds of blue and red drones flashed in the background before going on to perform her songs “Poker Face,” “Born This Way,” “Telephone,” “Just Dance,” “Million Reasons” and “Bad Romance.”

“How you doing tonight? We’re here to make you feel good,” Gaga told the audience, before saying hi to her mother and father. 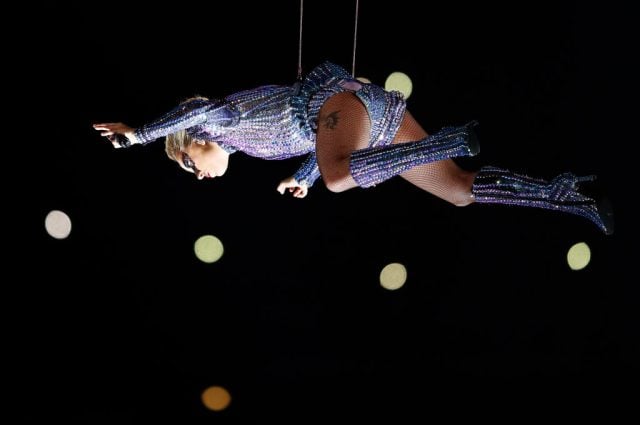 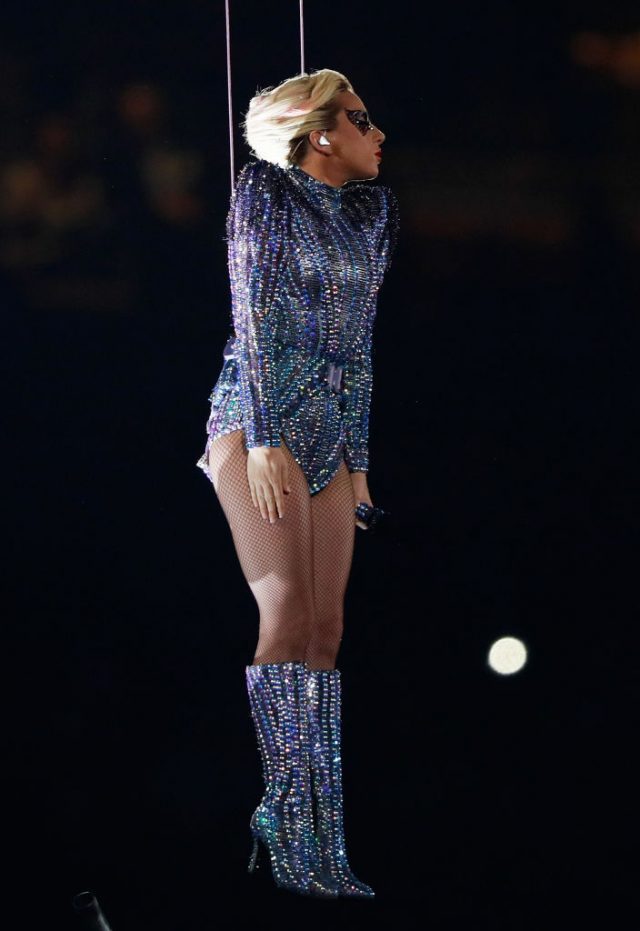 The New England Patriots were trailing the Atlanta Falcons 21-3 at halftime.