“Press should boycott altogether. Or leave when he speaks. He has zero respect for press. Why give him this platform?”

“Our political discourse would improve if folks in power and in the opposition could spend even just a second in the other’s shoes.” — Chuck Todd, host, NBC’s Meet The Press.

“I should just get off Twitter. Nothing good comes out it.” — Anonymous journo.

(If you hear something funny or awful in your newsroom, please write me…at Betsy@DailyCaller.com. Anonymity guaranteed.)

Journo On Hold With Disney

“On hold with Disney again, because this is my life now. First song: Can You Feel The Love Tonight?” — Christine Rousselle, Townhall.

David Corn: “The way Jared and Ivanka transparently leak good things about themselves is truly inspiring.”

Tim Murphy: “I believe Jared and Ivanka are leaking the stories about how they leak to look good.”

“Seems like Trump might get pretty annoyed with all this #PresidentBannon stuff.” — Jon Favreau, former speechwriter to ex-President Obama.

Conservative commentator Harriet Baldwin: “We finally have an adult in charge. Not an appeaser.”

Yet ANOTHER Possible Breitbart Hire For The White House?

“My colleagues report that Bannon wants to hire Alexandra Preate, who has served as Bannon and Breitbart’s PR.” — Politico‘s Hadas Gold. See the story here. 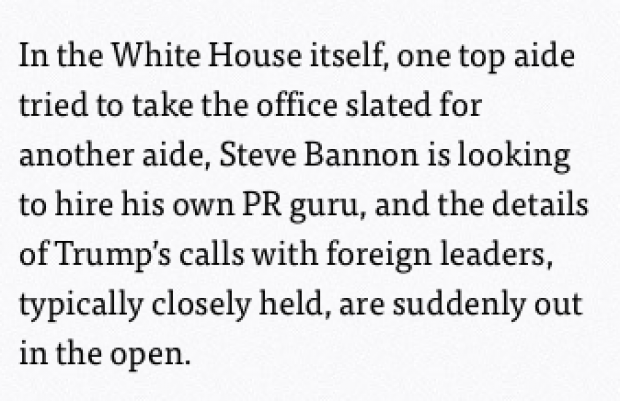 “9 years sober today… By the grace of God and the power of the program…#Grateful” — Jonathan Franks, political director to  washed up talk show host and so-called veterans activist Montel Williams.

If you want to know more…

“His personality is that of a big baby.” — Roger Simon, who just retired after writing a liberal column for Politico.

“Trump wants his staffers to look neat and orderly. Meanwhile, Bannon looks like the guy you had to step over to get in the liquor store.” — @TrumpToons.

@RealityCheck923: “And Trump is wrong for pointing out the obvious? Keep trying to divide @jaketapper – Too many of us are awake – It won’t work.”

TAPPER: “I quoted the interview excerpt. Everything else is the voices in your head.” 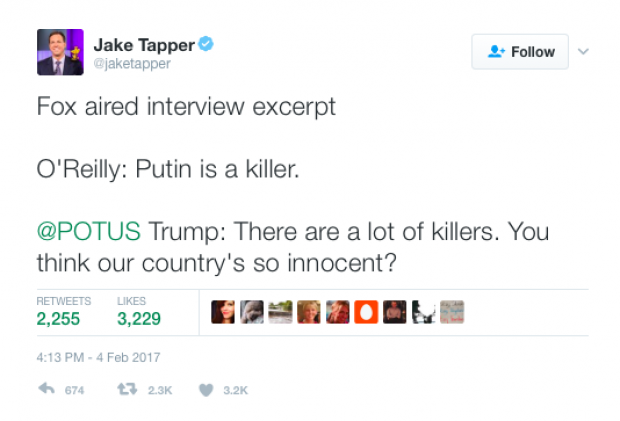 “If anyone vandalizes Mar-a-Lago they will be treated just like anyone else that commits a crime.” — Dave Aronberg, Palm Beach State Attorney to TMZ. 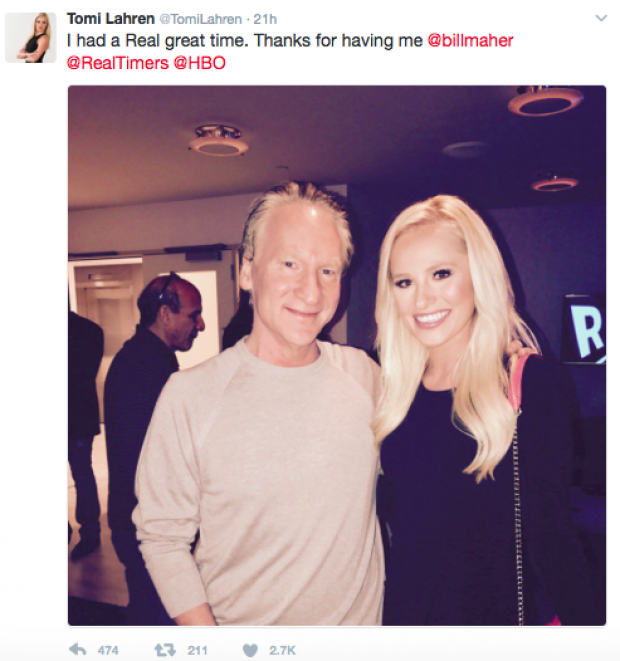