President Trump said America and its allies will defeat radical Islamic terrorism as he addressed the military on Monday. 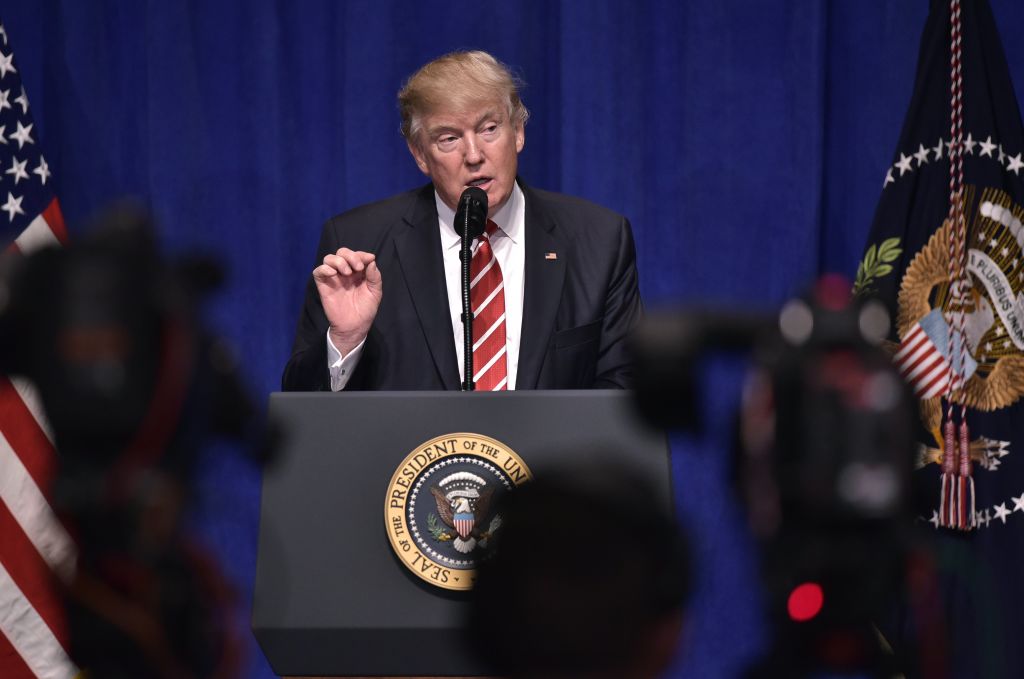 As the president spoke from MacDill Air Force Base, which he called “quite a place,” he told military commanders that the country has their backs.

“Thank you very much,” Trump said as the audience applauded while he took the stage. “That’s so nice. A lot of spirit. We have tremendous spirit. We had a wonderful election, didn’t we?”

President Trump to the U.S. military: “We stand behind you. We support your mission…you are our heroes.” https://t.co/n7TqA3VDnW pic.twitter.com/YrMMomRxyX

“Finally on behalf of the entire nation let me express our gratitude to the military,” Trump said. “We salute the Army, the Marine Corps, the Navy, the Air Force and the Coast Guard. As your president, I have no higher duty than to protect the American people.”

Trump said the only thing more important than his Supreme Court nomination was “the defense of the nation.”

“We have to defend our nation,” he said. “We will do that. Believe me. Each and every one of you is central to that mission. We will ensure that the men and woman of our military have the resources they need to get the job done.” 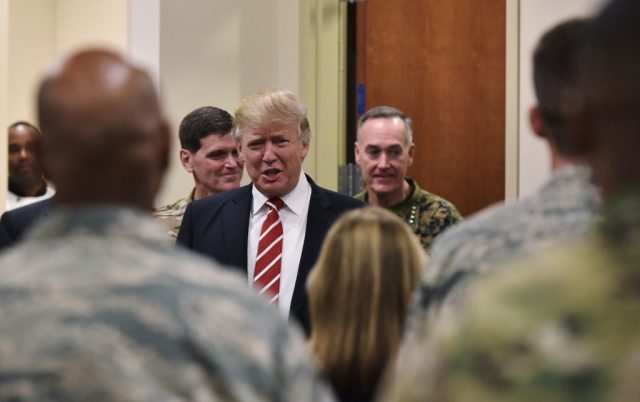 The president said that NATO allies must honor their financial obligations.

“We strongly support NATO,” he said. “We only ask that all members make their full contributions to the alliance, which many of them have not been doing. They have not been even close.”

Pres. Trump: “We strongly support NATO, we only ask that all of the NATO members make their full and proper financial contributions.” pic.twitter.com/tVzSGIScpW 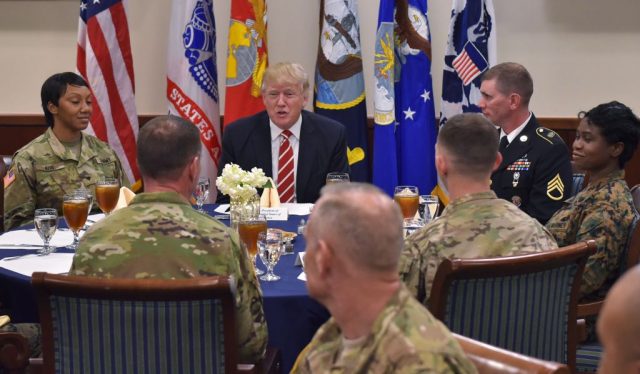