A media reporter is charging that Breitbart News‘s Washington editor Matthew Boyle is behaving more like a White House intern and less like a journalist.

But upon closer examination, Mediaite reporter Alexander Griswold seems to have found aspects of Boyle lurking under that fashionable beret she once wore when she was not having sexual relations with former President Bill Clinton.

In a story published Tuesday, Griswold eviscerates Boyle for a recent story — a “masterpiece” —  in which he trashes President Trump‘s fiercest critics, saying they all received money from business magnate and international Democratic supporter George Soros.

Except, well, they really didn’t.

Griswold says he’s being kicking himself for the past two years for once writing a piece declaring Breitbart‘s stupidest story of all time. He said he awarded them the honor much too soon.

In his original award piece, there was no byline on the Breitbart story, which was a hit piece on then Fox News host Megyn Kelly. But Griswold smelled Boyle all over it. So he included a survey. 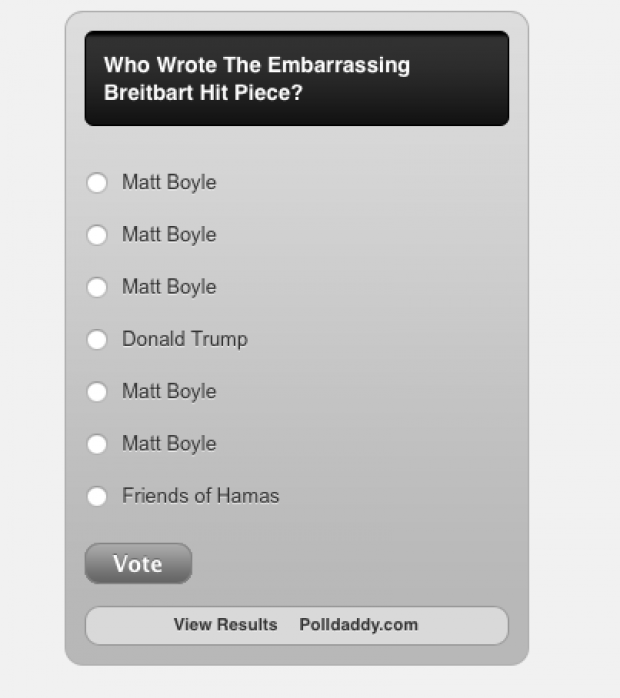 But the worst insult of all?