President Trump had a fiery response to the federal appeals court panel that decided to maintain the freeze on his immigration order. 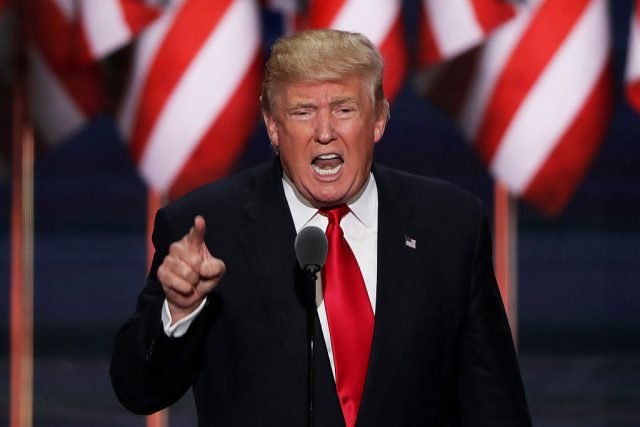 “SEE YOU IN COURT,” the president tweeted shortly after the ruling came out Thursday night, “THE SECURITY OF OUR NATION IS AT STAKE!”

Three judges with the U.S. Court of Appeals for the 9th Circuit unanimously ruled to reject the Justice Department’s request to lift a Seattle judge’s restraining order on his executive order that bars the citizens and refugees from seven countries from entering the United States temporarily.

“The Government does not merely argue that courts owe substantial deference to the immigration and national security policy determinations of the political branches — an uncontroversial principle that is well — grounded in our jurisprudence. Instead, the Government has taken the position that the President’s decisions about immigration policy, particularly when motivated by national security concerns, are unreviewable, even if those actions potentially contravene constitutional rights and protections … There is no precedent to support this claimed unreviewability, which runs contrary to the fundamental structure of our constitutional democracy.”

The appeals court ruling is not the final say on the president’s executive order.