Recently, liberals on news shows were talking about how ‘infrastructure improvements’ must include school reform.  School reform?  President Reagan commissioned a comprehensive schools report in 1983.  After 34 years, have we learned nothing?  In fact, we have.  And we’re fortunate to have an Education Secretary in Betsy DeVos who has the right ideas about fixing our education system.

In Delaware we have outstanding charter and magnet schools.  The Wilmington Charter School is geared to STEM education, with a 100 percent graduation rate and a 70 ranking nationwide by U.S. News and World Report.

Another charter with a 100 percent graduation rate is the Delaware Military Academy, which participates in the Navy’s Junior ROTC program.  DMA students earn $12 million in scholarships annually.  Further, the Academy is authorized to nominate students for the national military academies (e.g., West Point).

A new entry among our charter schools involves training students for careers in public safety: police, firefighters and EMTs.

Magnet schools include the Cab Calloway School of the Arts and the Conrad Schools of Science (both have 99 percent graduation rates).

At the elementary and middle school levels, parents also have choices.  One such is the Odyssey Charter School, which provides a traditional education with a focus on mathematics and Greek as a second language.  If you think its appeal is limited to families with Greek ancestry only, look at the photo of their cheerleaders! 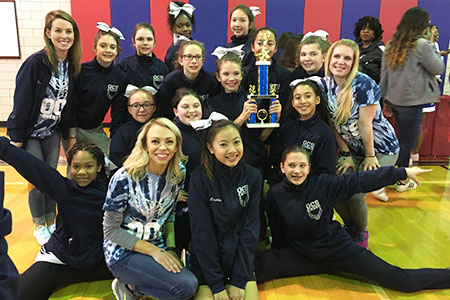 Further, Odyssey began as an elementary charter in 2006 and has expanded to include a middle school.  From its location at a modest office building behind a supermarket, it is now located in a former DuPont office park space.

Some on the left say charter schools are unaccountable.  In Delaware that’s not true.  The state keeps close tabs to ensure quality, and, indeed, some charters have failed and closed.  What liberals don’t realize is the threat of failure and closure is an incentive to keep the quality of education high.  No matter how poor a public school may perform, it cannot fail, and won’t be closed unless there’s a lack of population to support it.

Another major benefit of charter and magnet schools has been to remove the old social stigma of attending a career-oriented (AKA vocational-technical) school.  In the 1950s and earlier, African-American high school students were often shunted into vocational schools as a form of segregation – to keep the college-bound high schools white.  After Brown v. Board of Education, vocational schools struggled with a reputation of being inferior schools for inferior students.  Thus, whether or not a student belonged in a college-oriented high school, a vocational school (that might have been a better fit) had to be avoided at all costs.

Viewing career/vocational high schools through a magnet or charter school lens has been a game-changer.  New Castle County (Delaware) has two ‘technical’ high schools that parents can choose for their children.  Both schools have graduation rates at 90 percent or better, with minority student populations well over 60 percent.

A mentor of mine once told me that students need different forms of education because they learn in different ways.  An abstract course in geometry may be meaningless to a student in the wrong setting – compared to a student learning how to compute the diameter of a pipe for a course in plumbing.  It’s geometry done differently.

For years, former Speaker John Boehner’s special cause was federally-funded vouchers for D.C. low-income students, with the goal of allowing them to attend Catholic and other private schools.  This program was reauthorized a year ago (just after Boehner’s departure from the House), and with a Republican White House and Congress, its survival chances are good.

However, the downside to vouchers is they are a heavy lift politically for just a few recipients.  Boehner’s legacy program serves about 1,200 D.C. children annually.  Wisconsin’s patchy voucher system serves about 3.3 percent of its student population (based on data from Wisconsin’s Department of Public Instruction).

Contrast this to tiny Delaware with over 14,000 students in charter schools, amounting to 12 percent of the statewide student population.