WASHINGTON — The White House press briefing became heated Thursday when reporters repeatedly pressed Sean Spicer on President Trump’s criticism of the judges who are reviewing his executive order on immigration.

Here are the biggest takeaways from what Spicer said. 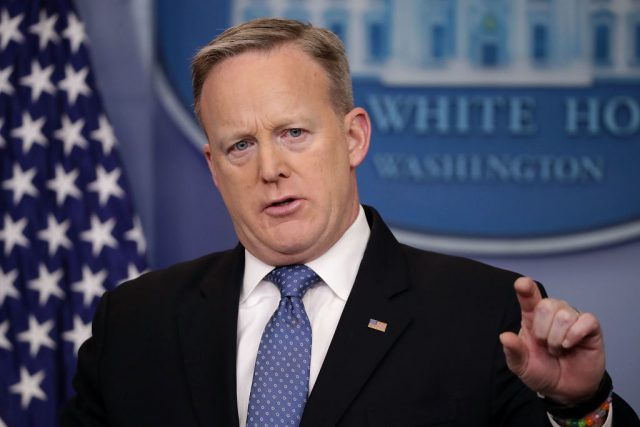 Kellyanne Conway “has been counseled.”

After the counselor to the president told viewers to “go buy Ivanka’s stuff” on “Fox and Friends” Thursday morning.

Spicer got into it with a reporter who asked why Trump tweeted about Nordstrom dropping his daughter’s brand, but not the Quebec mosque attack.

“You just brought that up,” Spicer answered. “I literally stand at this podium and opened a briefing a couple of days ago about the president and his condolences. I literally opened the briefing about it. You’re equating me addressing the nation with a tweet. That’s the silliest thing I’ve ever heard.”

Sean Spicer: “You’re equating me addressing the nation here and a tweet? That’s the silliest thing I’ve ever heard” https://t.co/PJGTf9bzP3

Tax reform is on its way…

The White House plans to roll out comprehensive tax reform in the coming weeks.

Does the media hold Trump to a different standard than Barack Obama?

“The president is going to speak his mind,” Spicer said. “The idea of one branch talking about or commenting on another is as old as our Republic. I find it interesting that when Barack Obama criticized the Supreme Court for its ruling on Citizens United, there wasn’t all of this.”

Spicer: “Of course” Trump will continue to speak his mind https://t.co/Hh54qqiq7a