On Friday, the Washington Post ran an article with some upsetting implications. At the beginning of the piece, the author presents a rather banal and (one would think) self-evident case that Trump staffers are moving to D.C. Considering that’s where their new job is, this makes a lot of sense.

In the article’s closing paragraphs, however, the focus shifts. The writer finds herself concerned not only with Swamp City’s new denizens, but also with its current residents. Specifically, she notes that a Capitol Hill bookshop has run out of copies of a book called “A is for Activist.” 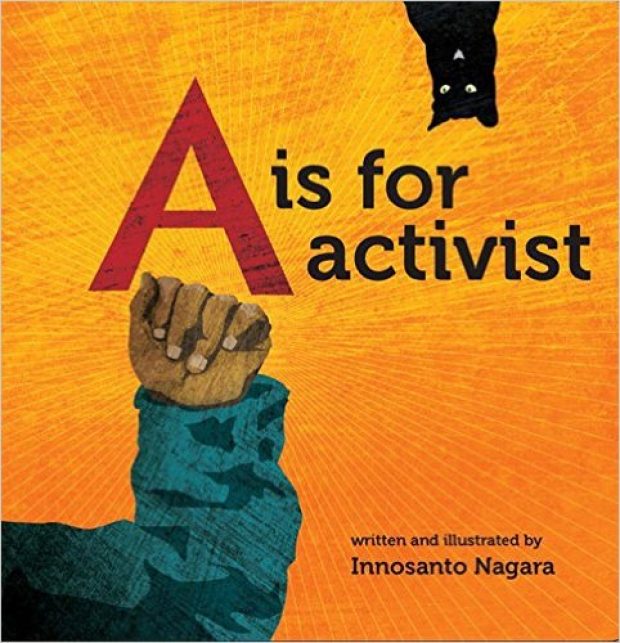 Really? Is nothing sacred? When I was a kid, I learned my ABCs from Sesame Street. But now we live in a world in which limousine liberals have taken that program to HBO, which ensures only their little elite children are able to watch it.

This bestselling ABC book is written and illustrated for the next generation of progressives: families who want their kids to grow up in a space that is unapologetic about activism, environmental justice, civil rights, LGBTQ rights, and everything else that activists believe in and fight for. A continuous bestseller for Triangle Square, we heard from booksellers around the country who clamored for a large format edition that would appeal to children over the age of 5. This engaging book carries huge messages as it inspires hope for the future, and calls children and parents to action.

I’m not sure I’ve read a more horrifying three sentences in my entire life. (I also probably have never read a paragraph so stuffed with meaningless words. And I’ve read Kant). Why are we calling 5 year-olds to action? Mom and pop can’t fight the revolution for themselves? Liberals have already taken over the channels of thought in the university and public school systems. Now they want to finish the sweep by taking over kindergarten?

This has to be the worst product I’ve ever written about on the Daily Dealer. The fact that the Washington Post reporter drops so casually that D.C. residents are buying up this book reveals the inherent bias in that paper’s newsroom.

Please do not buy this book. Please don’t enlist your 5 year-old a foot soldier in the culture wars. Let your kid be a kid. Let him play pee-wee football. Let her dress up as Cinderella. Politics is for grown-ups. And even that’s debatable these days.