It didn’t take Kellyanne Conway long to respond to Hillary Clinton after she mocked President Trump because a federal appeals court ruled to maintain the freeze on his immigration order. 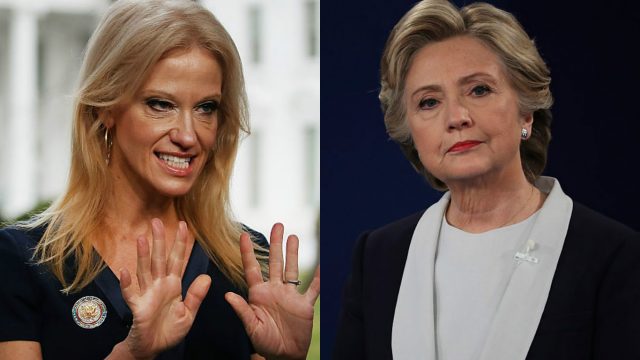 The former presidential candidate tweeted “3-0” after the ruling was handed down Thursday night. Though her supporters praised Clinton for “dragging Trump,” his counselor fired back almost immediately.

On Thursday, three judges with the U.S. Court of Appeals for the 9th Circuit unanimously ruled to reject the Justice Department’s request to lift a Seattle judge’s restraining order on his executive order that bars the citizens and refugees from seven countries from entering the United States temporarily.