President Trump welcomed Japanese Prime Minister Shinzo Abe to the White House on Friday. Before the two world leaders held a press conference, they met in the Oval Office and shook hands.

That 19-second handshake is one of the most talked about things on Twitter right now.

“I shook hands but I grabbed him and hugged him because that’s the way I feel,” Trump said at the press conference in the East Room later. 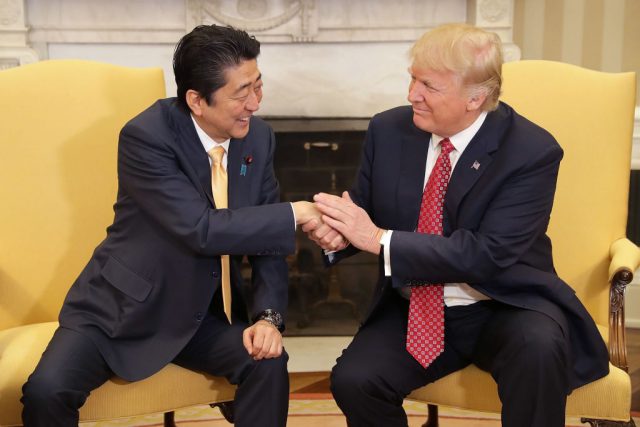 Trump and Abe are flying to Mar-a-Lago for a round of golf and “long talk” this weekend.