The average American’s electric bill has gone up 11 percent since President Barack Obama took office, according to an analysis of government data by The Daily Caller News Foundation (TheDCNF).

Residents of Kansas, Michigan, South Dakota and Nebraska saw their electric bills increase at least 40 percent, according to data from the Energy Information Administration (EIA). Power prices increased in 42 out of the 50 states, and Washington D.C., during Obama’s tenure. The only states that saw average electricity price fall more than 10 percent were Texas, Hawaii and Louisiana.

The general power bill increase across the U.S. occurred even though price of generating electricity in the eastern U.S. fell by nearly half under Obama due to a glut of hydraulically-fracked natural gas. Despite these declining prices, utilities broadly raised monthly bills for residential customers to cope with new regulations and mandates, according to EIA data. 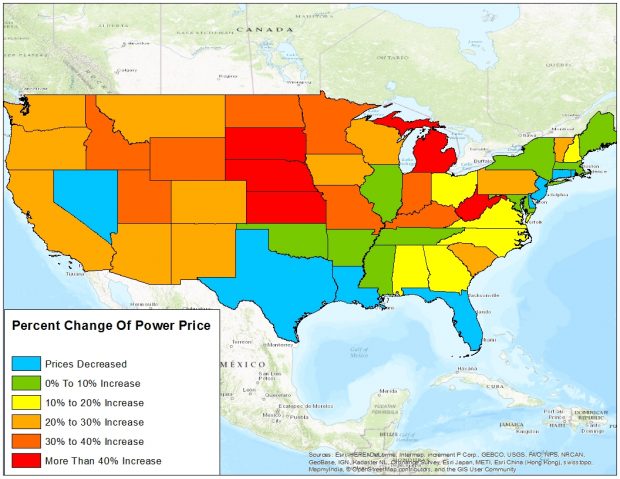 Data from the Energy Information Administration compiled by TheDCNF

“There are numerous policies at both the state and federal level that are aimed at shutting down our most reliable and affordable generation sources, such as coal and nuclear power,” Chris Warren, a spokesperson for the free market Institute for Energy Research, told TheDCNF.

Expensive power disproportionately hurts poorer families and other lower-income groups since the poor tend to spend a higher proportion of their incomes on “basic needs” like power, so any increase in prices hits them the hardest.

When essential goods like electricity becomes more expensive, the cost of producing goods and services that use electricity increases, effectively raising the price of almost everything. The higher prices are ultimately paid for by consumers, not industries.