Kaitlan Collins, TheDC’s White House correspondent, asked Trump and Trudeau a question at the press conference, for which she received a mountain of hate from journalists on television and Twitter. 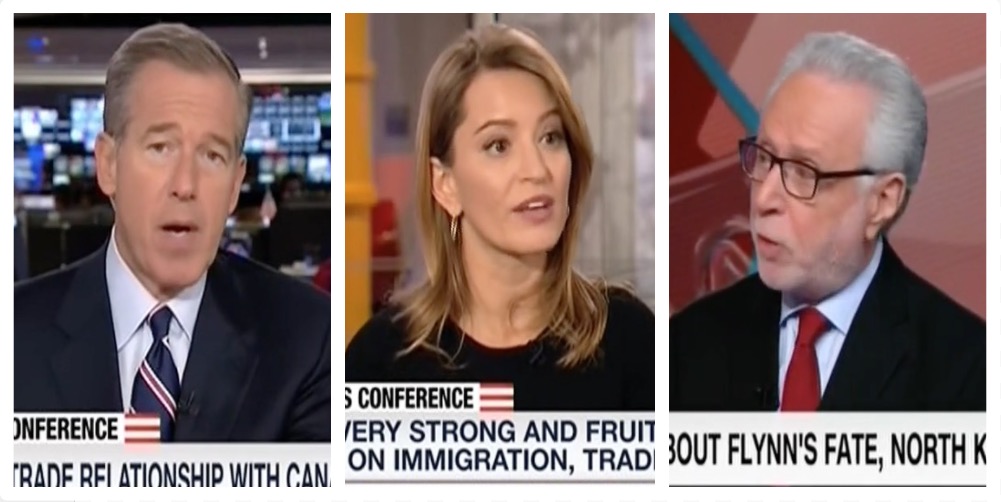 Immediately following the event, MSNBC’s Brian Williams noted there is “no shortage of tough and fair journalists” in the White House press corps, “but they weren’t called on.”

“There is no shortage of tough and fair journalists in that room,” Katy Tur agreed. “The ones that we saw that were both tough and fair, that were called on today, came from the Canadian side.”

“What we got from the White House — the reporters the White House hand chose, a Daily Caller reporter and a Sinclair broadcasting reporter — were two of what you could call softball questions,” she continued. “Where the reporter asked what is the biggest national security threat a month into this administration.”

“It is remarkable that Donald Trump was not asked about General Flynn. It’s remarkable because he did not call on somebody where that could be a possible question.”

“It’s interesting that the big news here in Washington, the fate of the President’s national security adviser, retired Lt. Gen. Michael Flynn, that was not asked of the president,” Blitzer commented “People are of course they are going to take a look both at who were the American reporters that the White House decided would be called upon to ask questions.”