President Trump and Prime Minister Trudeau held a joint press conference from the East Room of the White House on Monday. 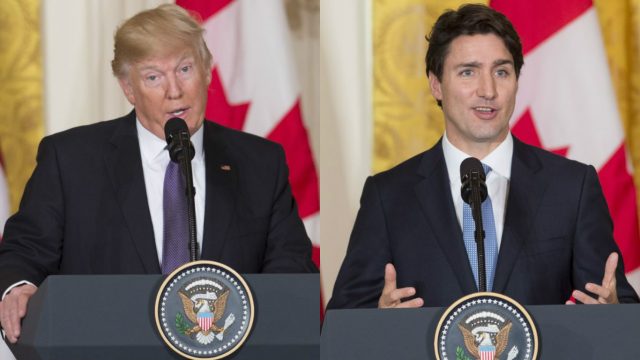 “North Korea is a big, big problem,” Trump said when asked what he thought was the biggest security threat facing the United States after nearly a month in office. “We will deal with that very strongly.”

“We have problems all over the Middle East,” he continued. “We have problems in just about every corner of the globe — no matter where you look. I had a great meeting this weekend with Prime Minister Abe. We got to know each other very, very well. On the home front, we have to create borders and let people who love our country in. We want people to come in, but we cannot let the wrong people in.” 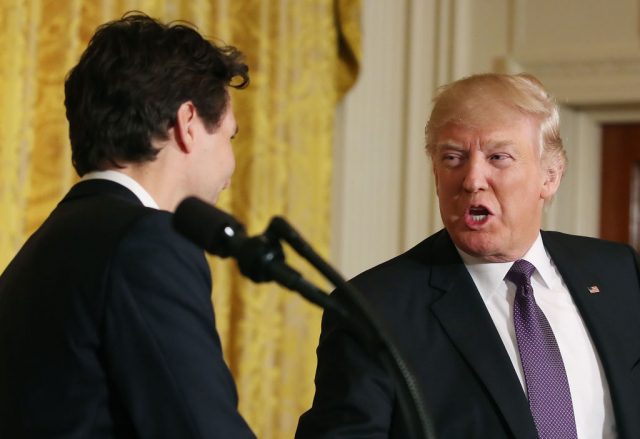 When Trudeau was asked if he thought Trump’s executive order restricting immigration from seven countries has merit on national security grounds, the prime minister said, “The last thing Canadians expect is for me to come down and lecture another country on how they choose to govern themselves.”

“My role, my responsibility, is to continue to govern in such a way that reflects the Canadian approach,” Trudeau said.

He said there was a longstanding relationship between Canadians and Americans, “who have fought and died together.” 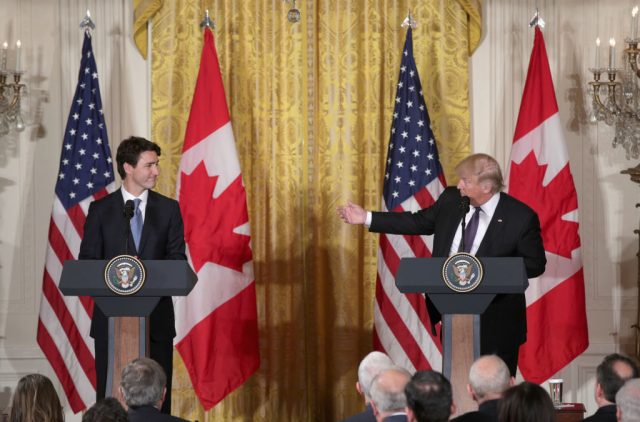 The two leaders also discussed trade during the press conference.

“It’s a much less severe situation than what’s taking place on the southern border,” Trump said.

“We know that by working together — by ensuring the continued integration of our two economies — we will be continuing to create good opportunities for the middle class,” Trudeau added.