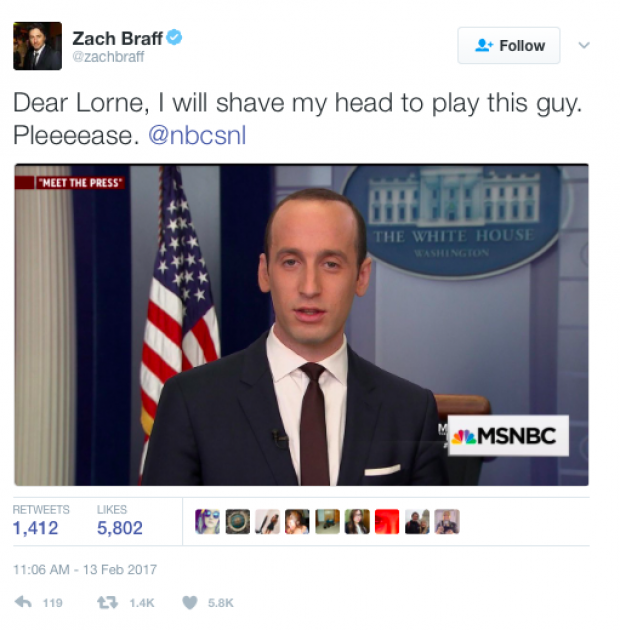 Braff would already have pretty decent material to sift through.

His performance review from Breitbart News was obviously positive. Their story said he struck an “aggressive tone towards the media.” Ann Coulter also enjoyed his presence: “STEPHEN MILLER ON GMA!!! MUST WATCH VIDEO! Isn’t it great to have someone smart defending Trump?”

Others (you know, journalists who aren’t in the pocket of the White House) might describe Miller’s Sunday TV talk show debut more as grossly obnoxious or sneering.

“I’m prepared to go on any show, anywhere, any time and repeat it and say the president of the United States is correct, 100 percent,” he defiantly told ABC’s George Stephanopoulos when asked about Trump’s claim that “millions” had voted illegally during the presidential election.