President Trump and Canadian Prime Minister Justin Trudeau sat down with women business leaders at the White House on Monday. 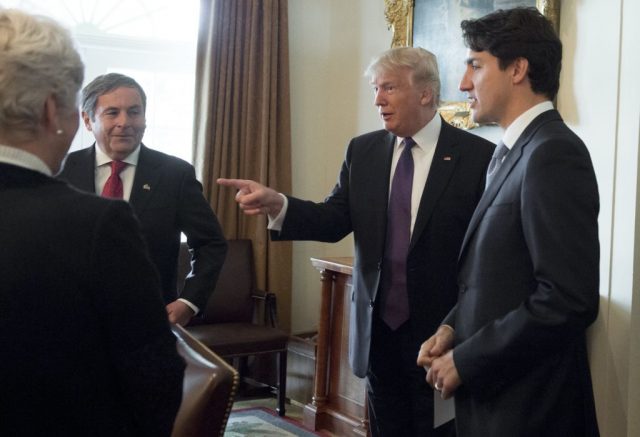 “I’m honored to be here with Prime Minister Trudeau, whose father I knew and respected greatly,” Trump said. “He gave me a picture of myself and your father, and what a great picture. I will keep that in a very special place. We are going to launch the Canada United States Council for Advancement of Women Entrepreneurs, of which have some of the great ones in this room, and business leaders.”

The meeting was reportedly the handiwork of the president’s daughter, Ivanka Trump. 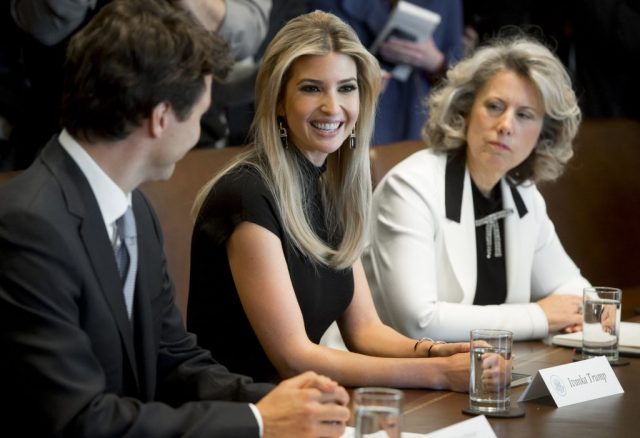 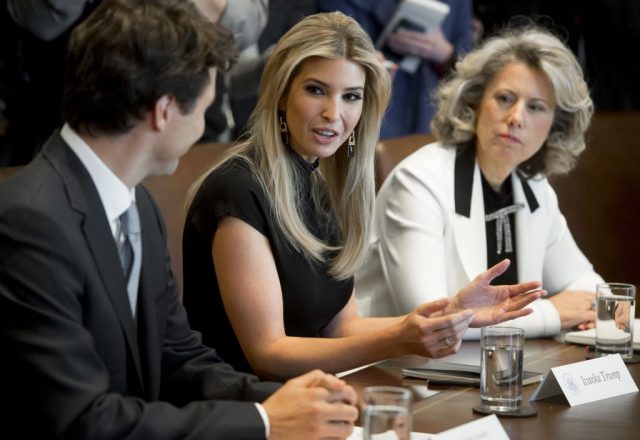 Trump said the country needs policies that help keep women in the workplace.

“Women, as you know, and I can say that from my past life, I have had so many women executives,” he said.

“They were phenomenal. They really helped me a great deal in business. They play a tremendously important role in our economy. In order to create economic growth, and lots of very good well paying jobs, we have to make sure the United States is a place where women can work and thrive.” 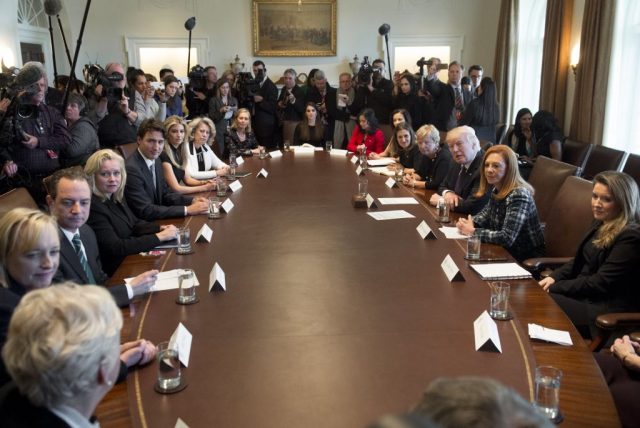