Andrew Puzder’s ex-wife said he threatened to get revenge on her after she alleged that he abused her during their marriage.

Lisa Fierstein divorced President Trump’s labor secretary pick in 1987. She appeared in disguise on “The Oprah Winfrey Show” in 1990 for an episode titled “High Class Battered Women.” Politico reviewed and published excerpts from that episode Wednesday.

“’I will see you in the gutter,” Fierstein said Puzder told her. “This will never be over. You will pay for this.”

“I wound up losing everything, everything,” Fierstein said of the divorce. “I have nothing. He has a Porsche and a Mercedes-Benz. He has the home. He has everything. He was an attorney and he knew how to play the system.” 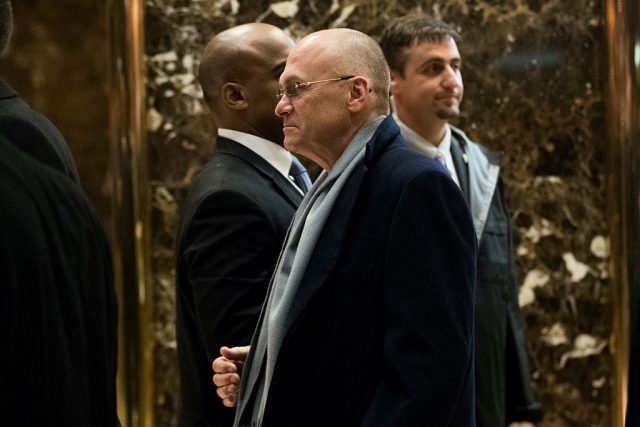 Fierstein — who later said she regretted going on the show — retracted her allegations eight months later during a child custody battle. According to Politico, she said she made the allegations in order to “gain leverage in her divorce.”