It appears First Lady Melania Trump accidentally placed her hand a little too low on the Israeli prime minister’s wife’s back Wednesday.

Melania and President Donald Trump greeted Prime Minister Benjamin Netanyahu and his wife Wednesday at the White House. During the exchange, it seems Melania miscalculated and ended up tapping Sara Netanyahu’s butt. 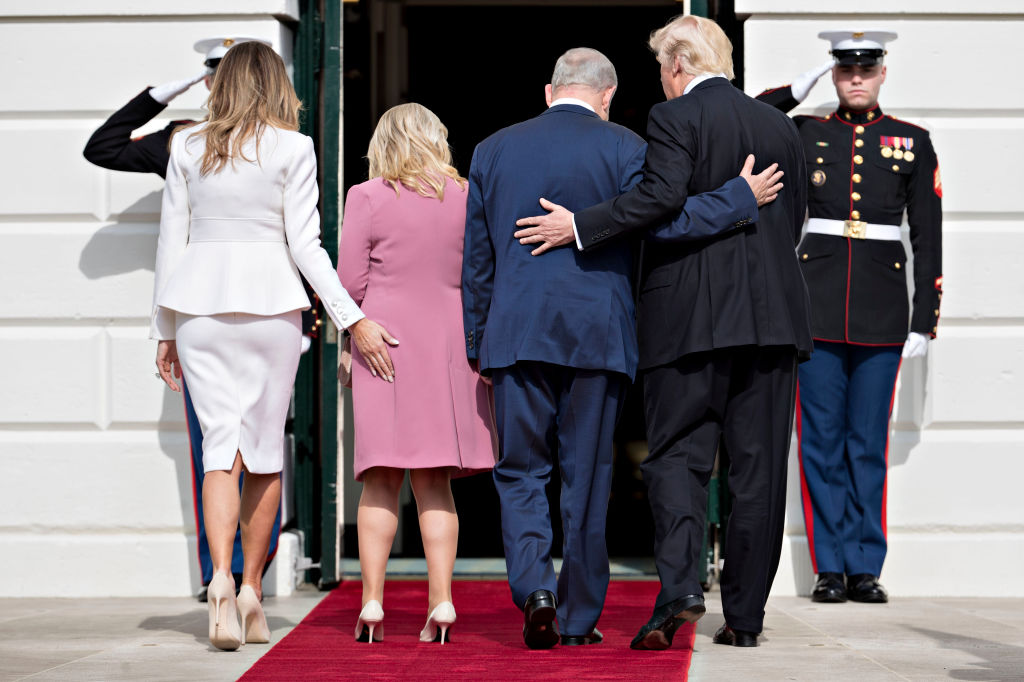 Netanyahu and Trump, who have been friends for years, held a joint press conference Wednesday afternoon to address Israel and the U.S.’s relationship. That relationship deteriorated significantly under former President Barack Obama, and the pair took steps to repair the longstanding friendship.

“Our administration is committed to working with Israel, and our common allies in the region, towards greater security and stability,” Trump said at the press conference. “That includes a peace agreement between Israel and the Palestinians.” (RELATED: Benjamin Netanyahu Has High Hopes For Israel Under A Trump Presidency)

The two also addressed questions from reporters about Israeli settlements in the West Bank, with Trump asking Netanyahu to hold off on them for “a little bit.”

On the matter of a two-state solution, Trump said that he preferred whatever solution made both parties happy.

“I’m looking at one-state and two-state and I like the one that both parties like,” Trump said.