Omar Abdel-Rahman, the radical imam convicted of conspiracy in the 1993 World Trade Center bombing, has died in federal prison in North Carolina.

The 78-year-old Abdel-Rahman, who was known as “The Blind Sheikh,” died of natural causes at a prison hospital in Butner, N.C.

He was convicted in 1995 of conspiracy to commit terrorism for the Feb. 26, 1993 attack on the World Trade Center, which killed six people and injured more than 1,000.

Abdel-Rahman, who was born in Egypt in 1938, rose to power in the 1980s as a leader of al-Gama’a al-Islamiyya, an Egyptian terror group also known as the Islamic Group.

Reuters reports that he was accused of issuing a fatwa that led to the assassination of Egyptian president Anwar Sadat in 1986.

After being acquitted in that case, and though he was known as a member of a designated terror organization, Abdel-Rahman found his way to New York through a tourist visa issued by the U.S. Embassy in Sudan.

According to Reuters, U.S. officials claimed that a computer error was responsible for Abdel-Rahman being given a visa. But in 1991 he was given a green card and permanent resident status in the U.S. 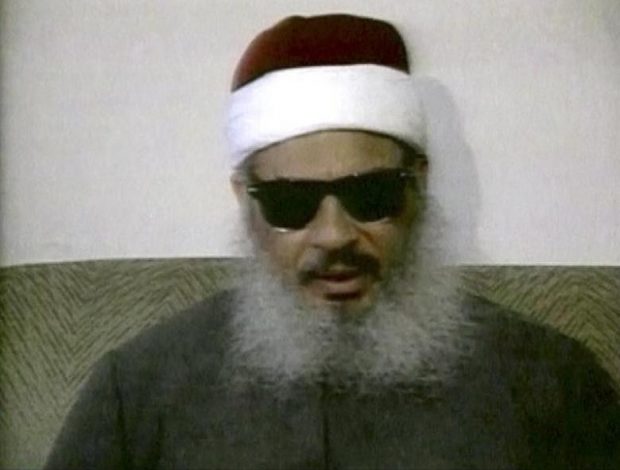 Abdel-Rahman continued his embrace of radical Islam and terrorism while in the U.S.

A follower of Abdel-Rahman’s assassinated Meir Kahane, a former Israeli politician, in Brooklyn in Nov. 1990. The assassin has said that Abdel-Rahman urged him to kill Kahane. The radical cleric was also linked to the assassination of a writer in Egypt in 1992.

Abdel-Rahman was also popular on the mosque speaking circuit in New York and New Jersey. He was reportedly invited to speak at Masjid at-Taqwa, a Brooklyn mosque led by Siraj Wahaaj, an African-American imam who is held up today by American Islamic groups as a voice of moderate Islam. Abdel-Rahman also preached his jihadi rhetoric at mosques in Jersey City, N.J., where he lived for a time.

Abdel-Rahman and his associates were arrested four months after the World Trade Center attack. According to the federal indictment, they conspired to “levy a war of urban terrorism against the United States.”

Al-Qaeda leader Osama bin Laden was said to have sought to free Abdel-Rahman from federal prison during the Sept. 11, 2001 terror attacks. In 2012, then-Egyptian president Mohamad Morsi, a Muslim Brotherhood figure, pressured the U.S. to return Abdel-Rahman to Egypt.