A Michigan state senator and the president of the Detroit City Council attended the annual convention of the Nation of Islam, a black supremacist group headed by notorious anti-Semite Louis Farrakhan. Farrakhan, who once called Hitler a “very great man,” railed against Jews and called for a separate black nation in his speech at the convention on Sunday.

State Sen. Bert Johnson and Detroit City Council President Brenda Jones were among those on stage with Farrakhan during his speech, according to the Detroit Free Press. Jones served as a delegate for Hillary Clinton at the Democratic National Convention.

The left-leaning Southern Poverty Law Center classifies the Nation of Islam as an extremist organization. “Its theology of innate black superiority over whites and the deeply racist, anti-Semitic and anti-gay rhetoric of its leaders have earned the NOI a prominent position in the ranks of organized hate,” SPLC’s website states. 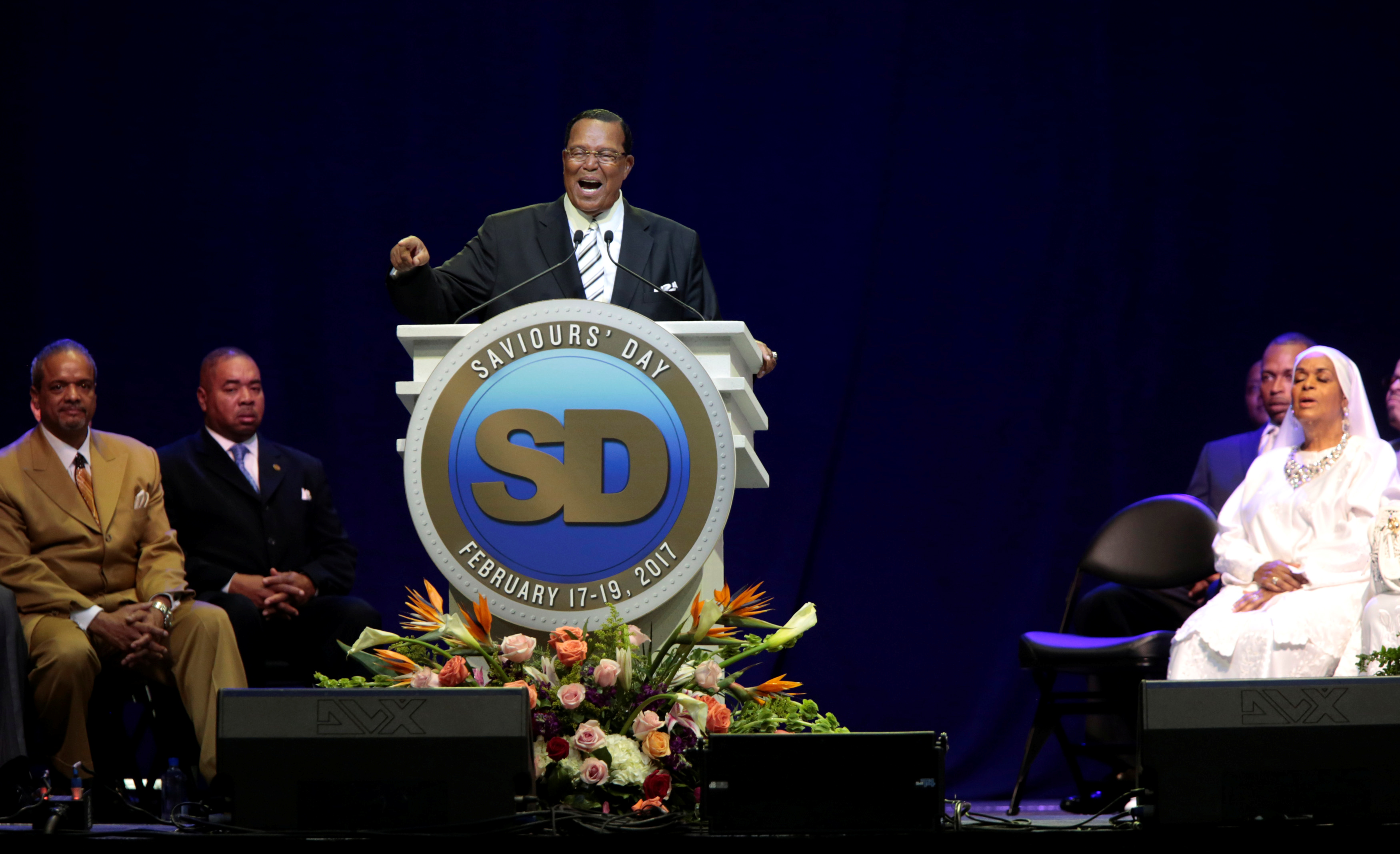 “For 6,000 years, the people of the earth have suffered under a mischief-making rule. Bloodshed and war, hatred and strife, all because a man with a new color — or the lack thereof — thought that he was better than all of those who inhabited the earth before he was even a thought,” Farrakhan said in his speech on Sunday. “But I am here to announce today the end of his world and the beginning of a brand new reality that all human beings will enjoy peace, freedom justice and equality under the rule of Allah.”

Farrakhan also said, “I want to disabuse the Jews today of the false claim that you are the chosen of God — that Israel or Palestine belongs to you.”

Farrakhan has a long history of spreading anti-Semitic conspiracy theories.

Minnesota Rep. Keith Ellison, one of the frontrunners for DNC chair, has faced scrutiny over his past ties to the Nation of Islam. Ellison previously defended Farrakhan against anti-Semitism accusations, although he has since walked back his support for Farrakhan. (RELATED: Democratic Donor: Keith Ellison ‘Clearly An Anti-Semite’)

Like Farrakhan, Ellison once called for American blacks to carve out a separate nation for themselves within America.