If you don’t know what “He Will Not Divide Us” is, it’s a sort of performance project by Hollywood actor and would-be artist Shia LaBeouf. The idea is to set up a webcam in a public place, in front of a wall with that phrase painted on it. Then, people are supposed to repeat it endlessly for the next four years or the end of the Trump presidency, whichever comes first.

Unfortunately, Shia got divided from the original venue for his project, the Museum of the Moving Image in NYC. So now he’s moved it a couple thousand miles to the west, to the land of Walter White and the place where Bugs Bunny shoulda made a left toin. Ryan Boetel, Albuquerque Journal:

Actor Shia LaBeouf — clad in a jacket with “he will not divide us” scrawled on it — stood with his back toward a crowd of dozens in Downtown on Saturday, staying on-message when asked about his appearance in Albuquerque.

“He will not divide us,” LaBeouf repeated to various questions.

“We are anti the normalization of division. That’s it. The rest of the info is right there, chief, I got nothing else to say to you,” he said as he pointed to a placard describing the streetside performance that’s been attached to the west wall of El Rey Theater at Seventh and Central.

Thanks for clearing that up, Shia!

You can go to hewillnotdivide.us at any time of day or night and witness this vibrant work of sociopolitical commentary for yourself. Here’s what it looked like at about 11 this morning: 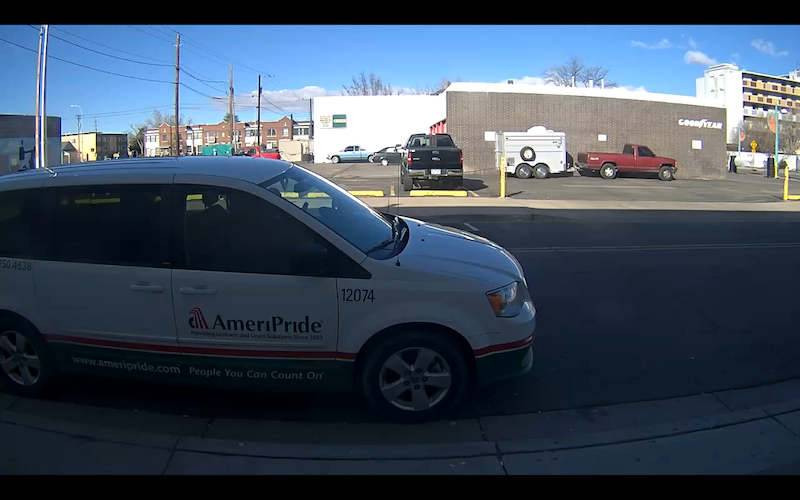 It looks like millennials, leftists, and other attention-seekers in the ABQ have jobs to go to on weekday mornings, unlike their counterparts in New York City. Presumably something to do with the cooking and/or distribution of methamphetamine.

Which city will be next? Can’t wait to find out!