President Trump’s new choice for National Security Adviser is Lt. Gen. H. R. McMaster. McMaster is best known for his 1997 book “Dereliction of Duty: Johnson, McNamara, the Joint Chiefs of Staff, and the Lies That Led to Vietnam,” an examination into the disastrous Vietnam policies of Lyndon Johnson and Robert McNamara. In the book, McMaster not only attacks President Johnson, he also places blame on military leaders who refused to push back against abject leadership in the White House.

“Dereliction of Duty” is a classic of military history and a must-read for anyone interested in how to win (and how not to win) wars. 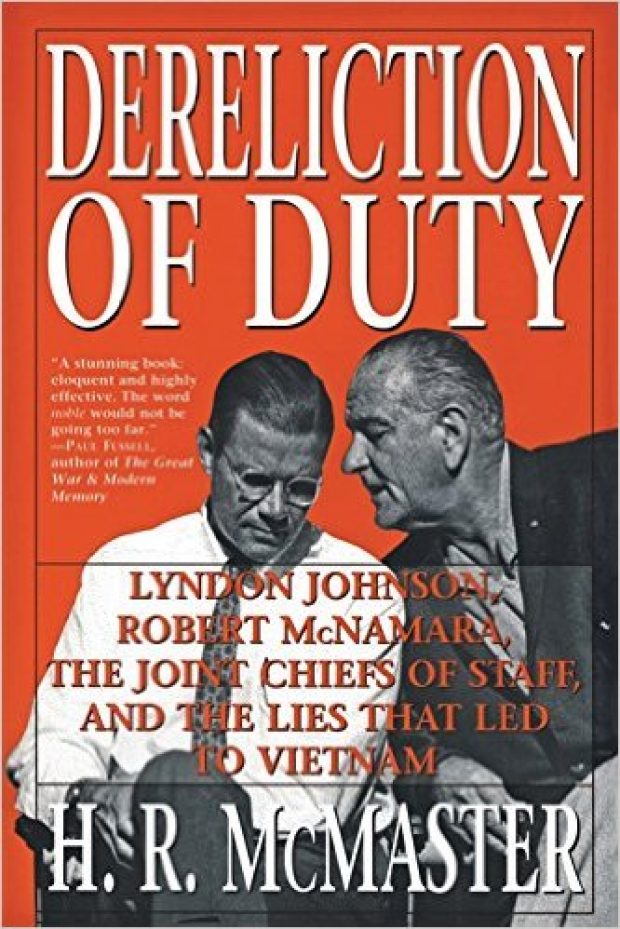 Dereliction of Duty: Johnson, McNamara, the Joint Chiefs of Staff, and the Lies That Led to Vietnam — $10.99 Kindle, $15.25 Paperback

In the book, McMaster writes: “The war in Vietnam was not lost in the field, nor was it lost on the front pages of the New York Times or the college campuses. It was lost in Washington, D.C.”

Anyone interested in how McMaster will wield his own newfound influence in Washington, D.C. should read this book.