President Trump chose a seasoned professional for his golf partner this weekend. 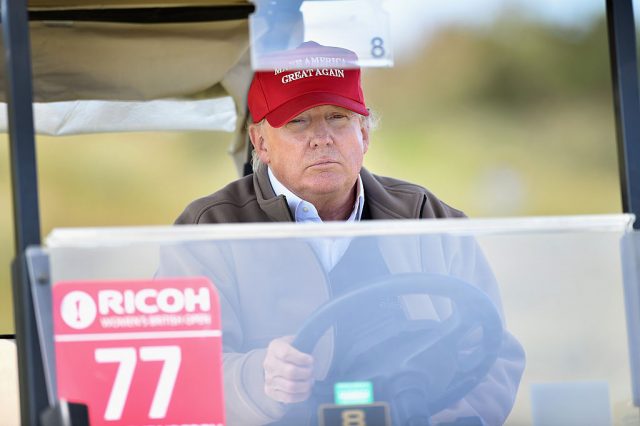 According to Chris Solomon from No Laying Up, the president and Rory McIlroy played 18 holes together at Trump International on Sunday. McIlroy, who is currently recovering from a stress fracture to one of his ribs, said this about the game:

Though the White House did not confirm that McIlroy was Trump’s golf partner, they did confirm that Trump played a few rounds while at Mar-a-Lago.

“He intended to play a few holes and decided to play longer. He also had a full day of meetings, calls and interviews for the new NSA, which he is continuing today before returning to Washington, D.C. tonight.”