The Washington Monument, Lincoln Memorial and World War II Memorial were defaced by what authorities believe was a single vandal over Presidents Day weekend in Washington, D.C.

Officials with the U.S. Park Police and National Park Service said that they believe a lone individual committed the criminal act late Saturday night with a permanent marker.

“In the earliest hours of Sunday morning, around 1:00 or 2:00 am, a park police officer on patrol here at the Lincoln memorial discovered some graffiti,” Sergeant Anna Rose, with the U.S. Park Police, said at a Tuesday morning press conference.

Two locations at the Lincoln Memorial, a spot on the World War II memorial, the north face of the Washington monument and an electrical box on the corner of 15th and Jefferson Drive SW were damaged by the vandal or vandals. 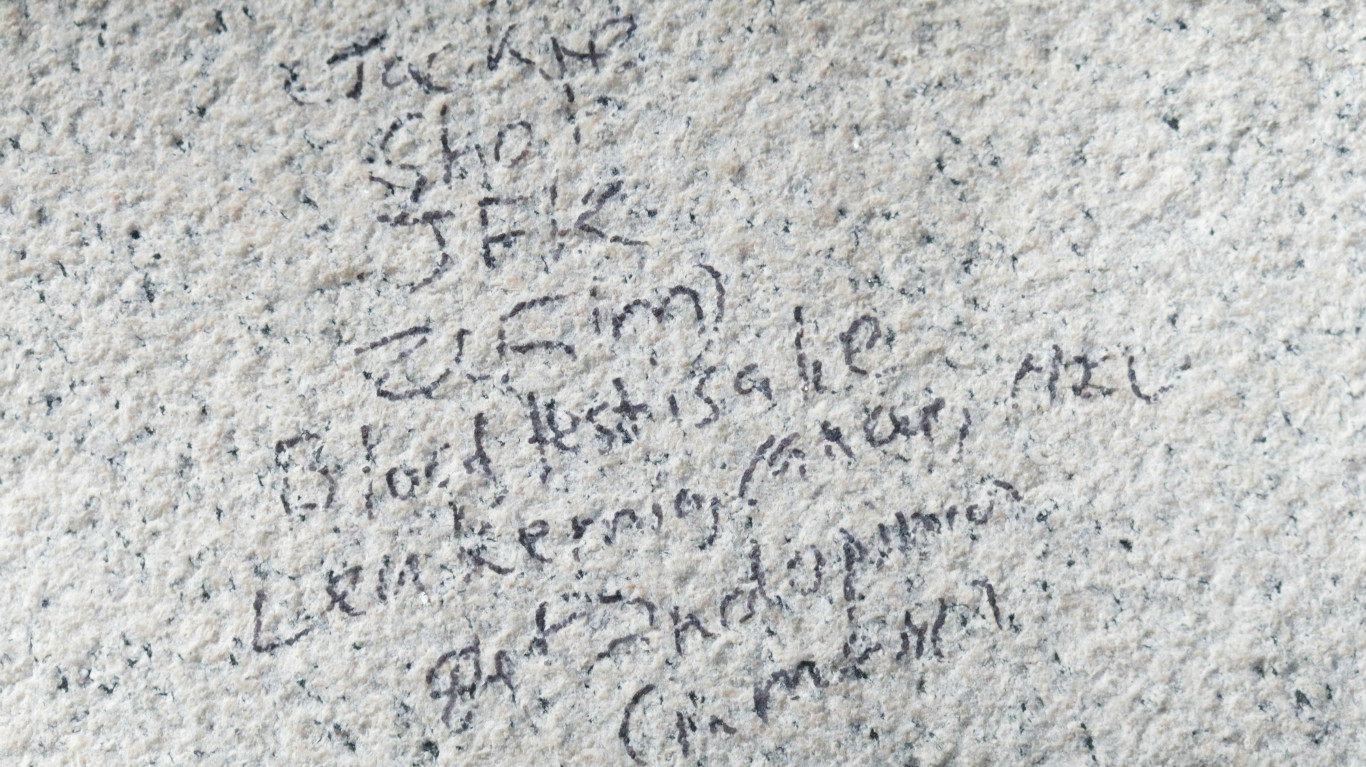 Defaced side of the Lincoln Memorial: Ted Goodman/TheDCNF (First Site) 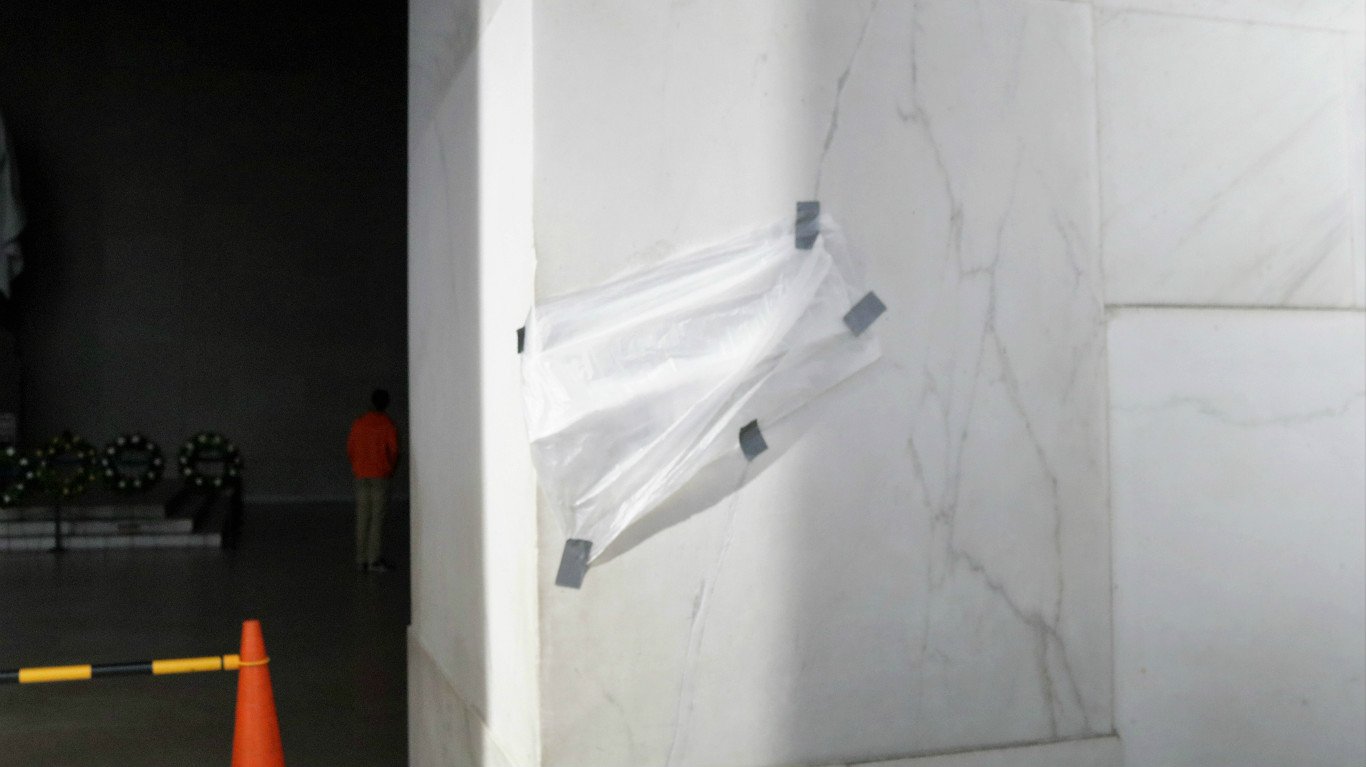 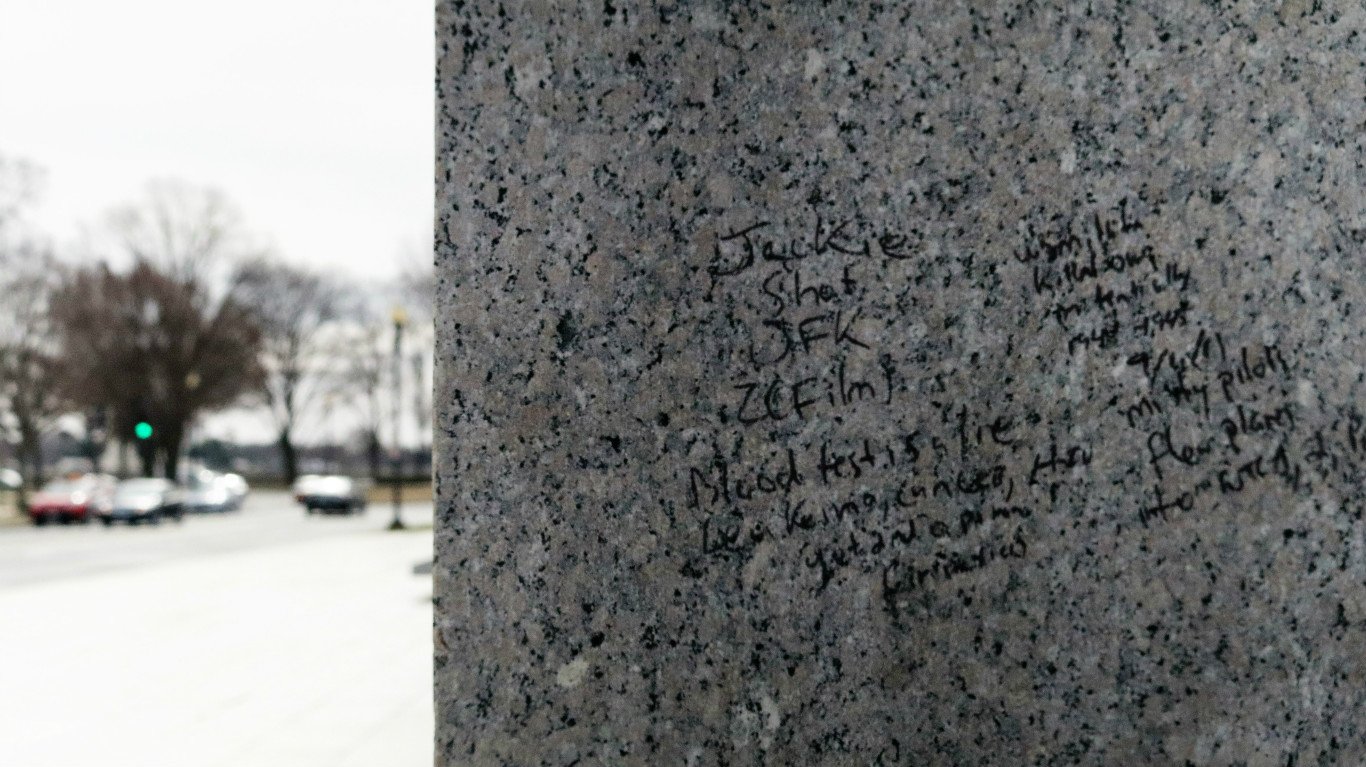 The culprit defaced the side of the WWII Memorial: Ted Goodman/TheDCNF (Third Site) 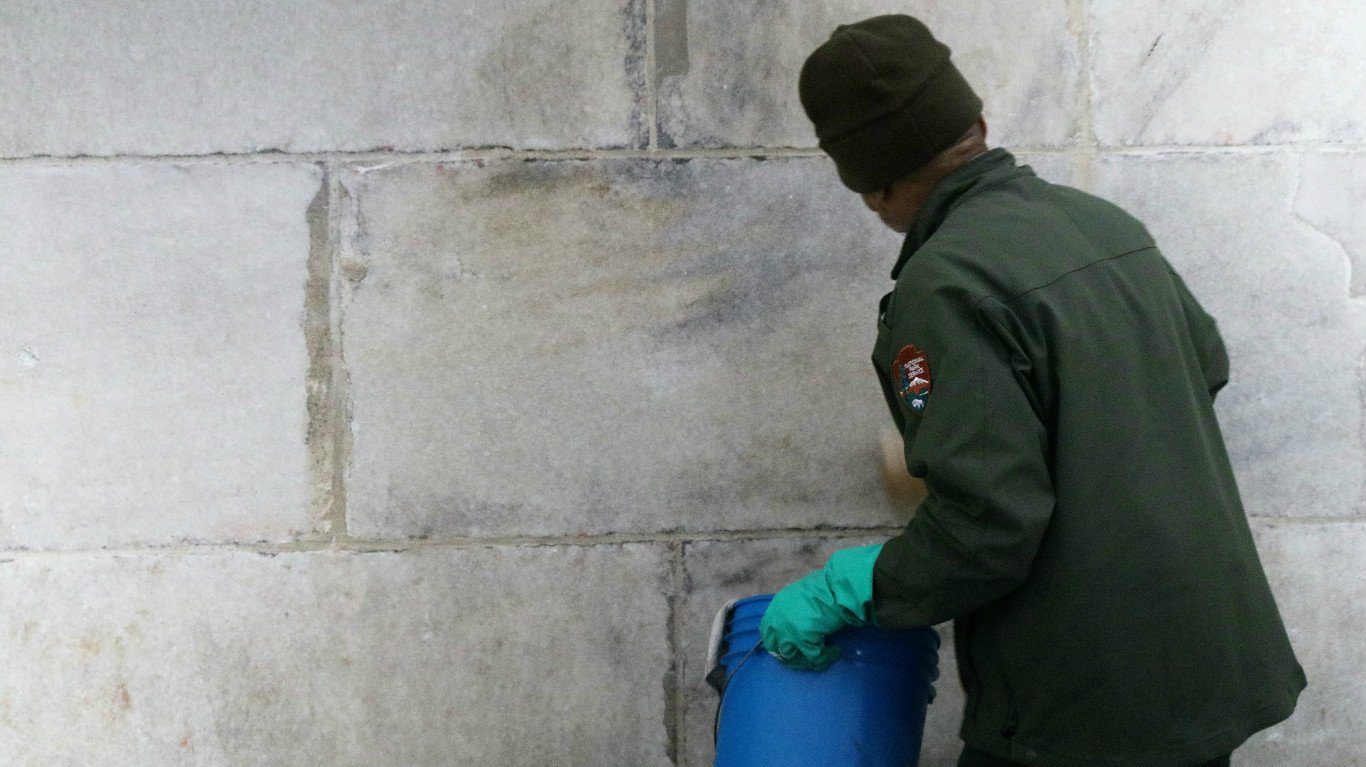 Vandals defaced the north side of the Washington Monument: Ted Goodman/TheDCNF (Fourth Site) 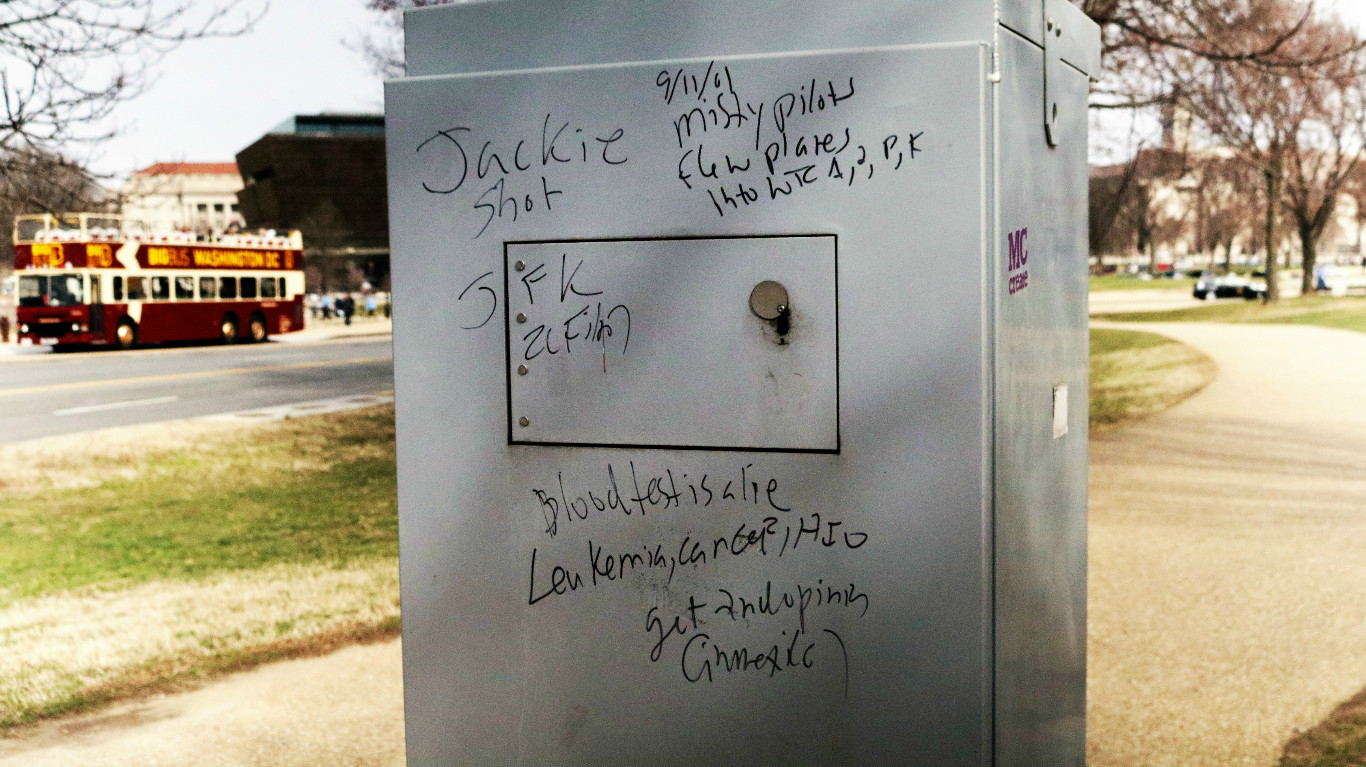 The vandal wrote on a utility box at the corner of Jefferson and 15th SW: Ted Goodman/TheDCNF (Fifth Site)

The bizarre messages alluded to the assassination of former President John F. Kennedy and the Sept. 11 terror attacks. The same message seemed to be copied at each location, an additional reason authorities believe it’s probably one man.

“Jackie shot JFK,” was a recurring message at the sites where the graffiti was still visible. “9/11 /01, misty pilots flew planes into WTC 1, 2, P, F,” another message read.

The bizarre messages also refer to leukemia, cancer and HIV, stating that “Blood test is a lie” and “Get a second opinion.”

Rose asked the public for assistance with the investigation, asking people to call 202-610-7500 to report any information that could help solve the case. 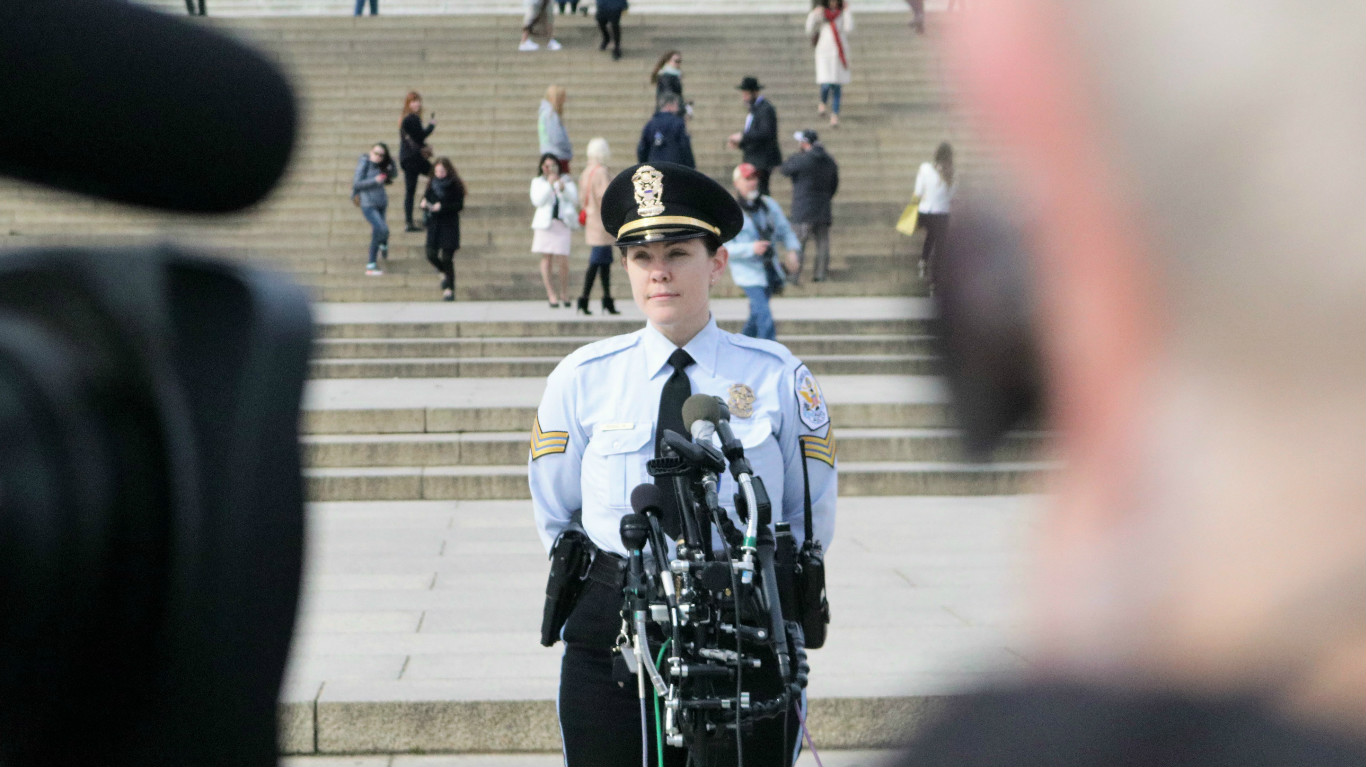 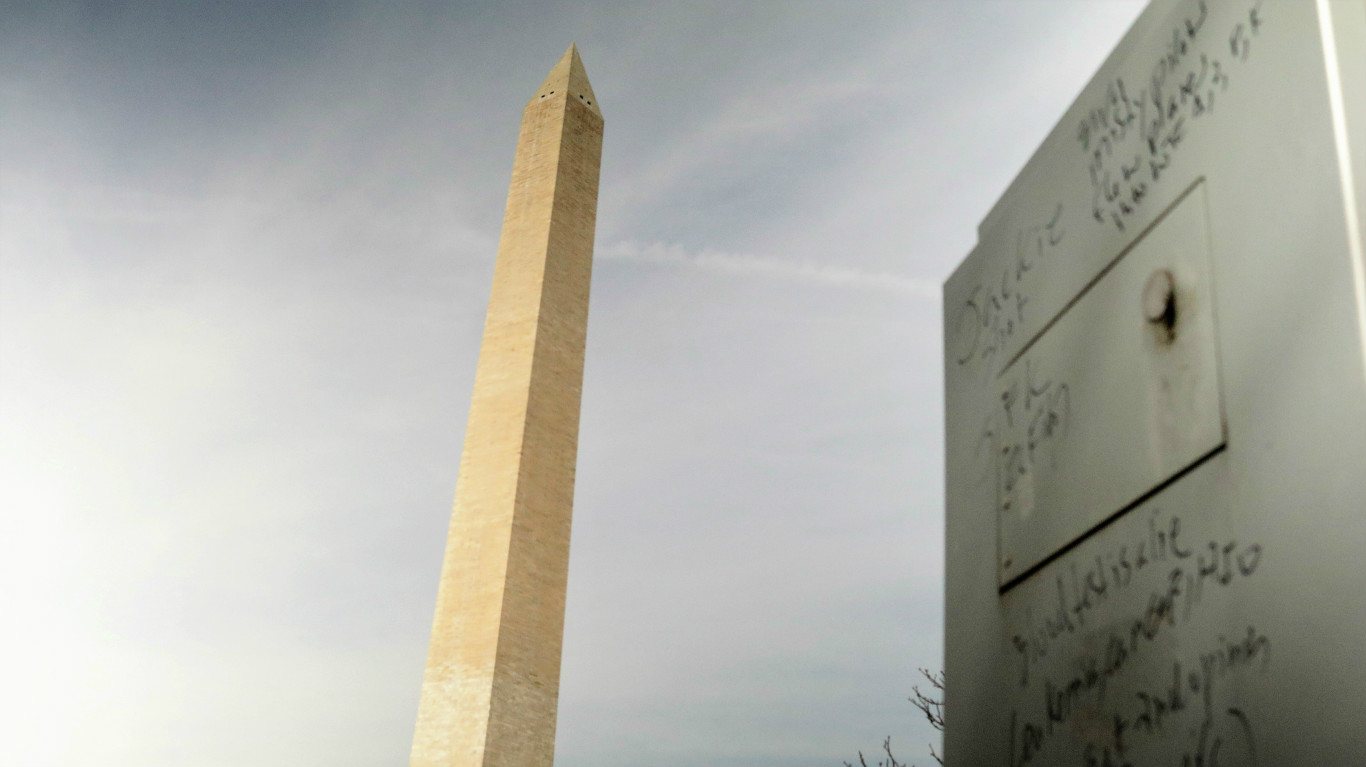 The Washington Monument can be seen from the utility box where bizarre conspiracy theories were written on a utility box: Ted Goodman/TheDCNF

In 2013, a woman was charged with throwing green paint on to the Lincoln Memorial, but that charge was dropped a month later. In the fall of 2016, vandals defaced the North Dakota column of the WWII Memorial.

“Any sort of vandalism for any reason at any of these sites, is very disheartening,” Mike Litterest, the spokesperson for the National Mall, said.

“It’s one of the reasons we have a memorial preservation crew, and we have the technology. The crew is trained in the removal of all different types of vandalism, including graffiti,” he explained.

The two agencies involved do not believe that the investigation will lead to the involvement of additional agencies. Officials said that they have camera footage, and that they hope the footage will be of additional help in solving the crime.