Portland Mayor Ted Wheeler called for peace in the wake of the latest violent anti-Trump protests, but said the “culture of protest” is going to continue both locally and nationally for the “foreseeable future.”

Portland, known for its liberal politics, has been the site of regular anti-Trump protests since the election last November. Those demonstrations have often devolved into riots and property destruction, forcing police to arrest dozens of agitators. (RELATED: Leader Of Portland Anti-Trump Protests Charged With Sexually Abusing Minor) 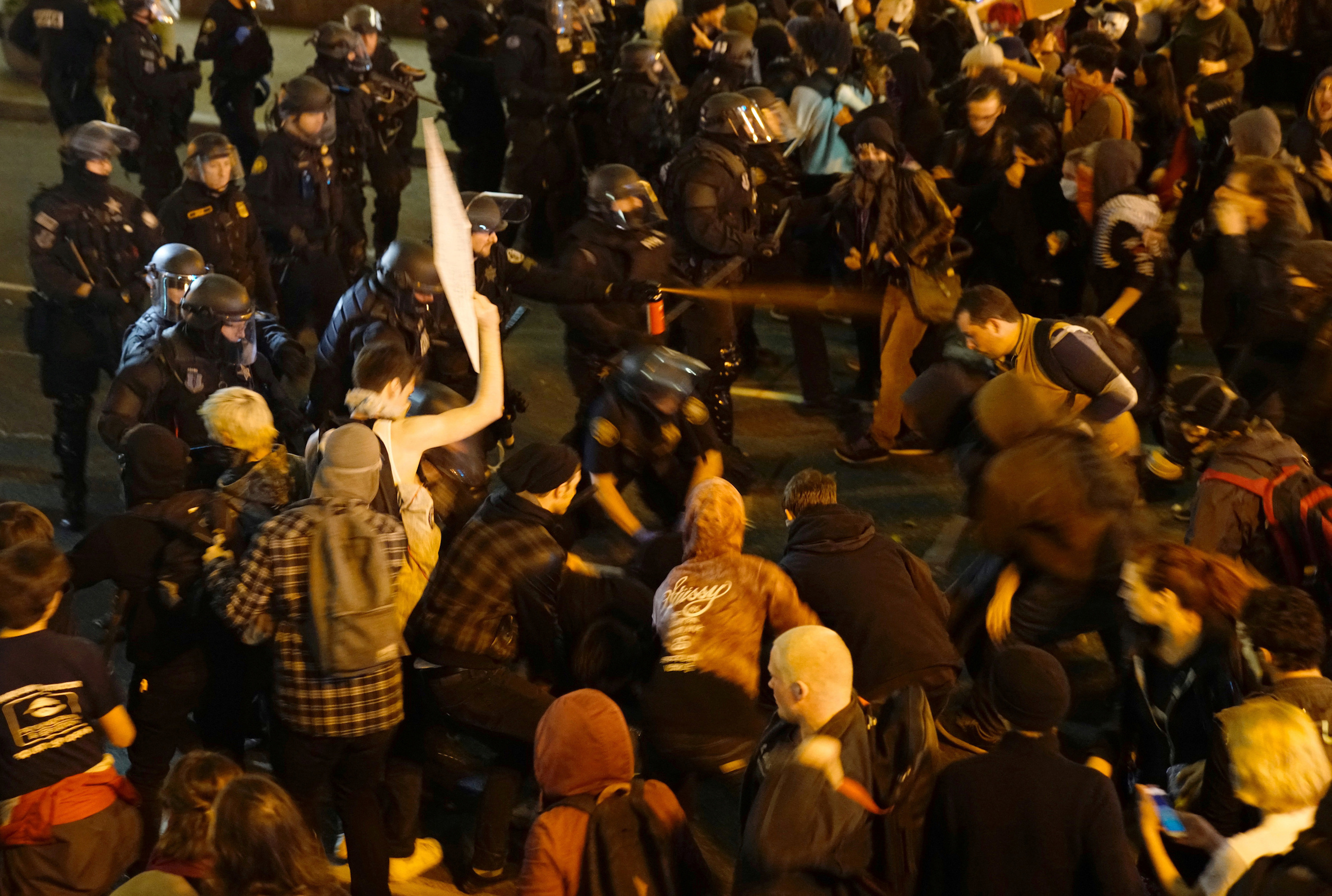 A police officer sprays the crowd with an irritant during a protest against the election of Republican Donald Trump as President of the United States in Portland, Oregon, U.S. November 12, 2016. REUTERS/William Gagan – RTX2TBD1

“Portland is an amazing city with a very bright future. It also faces daunting challenges. I was elected to address many of the most difficult issues facing our city: homelessness, housing affordability, crumbling transportation infrastructure, police reform, and racial justice,” Wheeler said in a statement issued Tuesday.

“When President Trump took office, some of these challenges were exacerbated, and new ones – some terrifying – appeared: a proposed ban on Muslims entering our country; active deportation of our immigrant neighbors; approval of the Dakota Access Pipeline; threats to public education, health coverage, and environmental protection. While not all Portlanders agree with me on these issues, many do.”

“It is in this context that some Portlanders are protesting, joining others around the nation to ensure that their voices are heard. Portland has a strong history of activism and peaceful protest. But the message is being undermined because of ongoing tensions between protesters and police. We cannot afford for this type of conflict to occur when we have so much other work to do in this city that requires us all to work together,” Wheeler said.

He added, “Democracy can be messy, that’s a fact. But as of late, it’s been far too messy here in Portland.”

Wheeler went on to say he “asked the Chief and his command staff to help create a more positive space for expression and emphasize tactics that deescalate tensions.”

“The culture of protest locally and nationally will be with us for the foreseeable future,” the mayor concluded. “Portland can and should be an example of democracy done right. To get there we have some work to do, and we have to work together.”