Kellyanne Conway confidently believes President Trump will be in office for two terms. 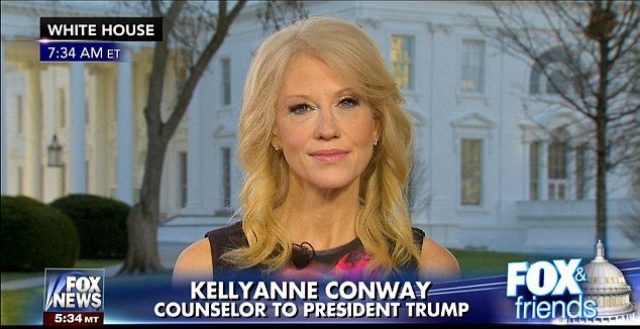 “We’re playing long ball here,” Conway said during an interview on “Fox and Friends” Thursday. “He will be here for eight years. We recognize that there will be people who will be trying to throw crocodiles in our way.”

“This country, for 24 consecutive years, gave its presidents two terms. This country decided that with presidents Clinton, George W. Bush, and Obama that four years is not enough for them to execute and deliver on their vision.”

Conway repeated her claim that she wasn’t sidelined from doing television appearances after she said Gen. Mike Flynn enjoyed “the full confidence” of the president hours before he resigned.

“I don’t know why I would have to explain myself, but okay, I will. I spent the last several days with four kids looking at schools and homes in D.C. I think it’s a ‘build you up to tear you down’ kind of town, and that’s all right.”

“Look, I’m focused on why we are here. I’m focused on the president’s agenda, what he has entrusted all of us on his senior team to do for him and for this nation.”

.@KellyannePolls on reports she's been sidelined from TV appearances: Here I am. I don't know why I have to explain myself, but I will. pic.twitter.com/mhCfBhgaif