NATIONAL HARBOR, Md. — A man apparently committed suicide Thursday a near the entrance of Conservative Political Action Conference, a police officer at the scene told The Daily Caller.

The man’s body was found in front of Bobby McKey’s piano bar a block and a half away from the Gaylord Convention Center’s entrance where CPAC is being held. Police detectives were spotted by TheDC on the top floor of a parking garage above Bobby McKey’s looking down at the crime scene. A forensics van was also seen a block away from the man’s body. 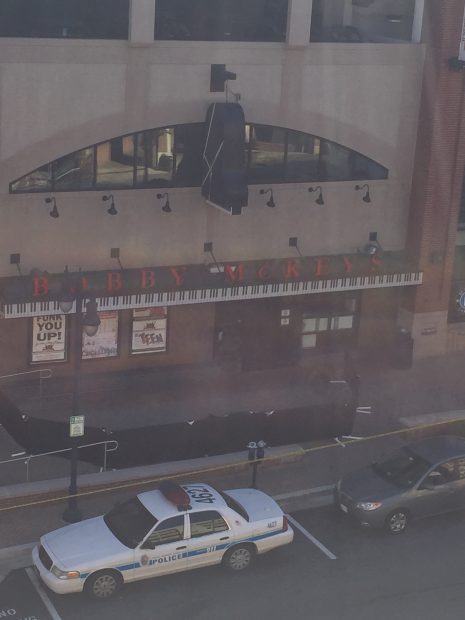