An official arm of the Democratic party is behind a planned demonstration against Secretary of State Rex Tillerson on Thursday outside the U.S. Embassy in Mexico City.

The Mexico chapter of Democrats Abroad — “the official Democratic Party arm for the millions of Americans living outside the United States,” according to the group’s website — is organizing the demonstration against Tillerson, who arrived in the Mexican capital on Wednesday.

Advertising for the demonstration on The Action Network, a website for left-wing activists, says that “Democrats Abroad Mexico and other progressive organizations like the Women’s March and Bridges to Understanding have created a petition” that demands Tillerson “meet with U.S. citizens who hold opposing views while he visits Mexico City to talk with Mexican government officials.” 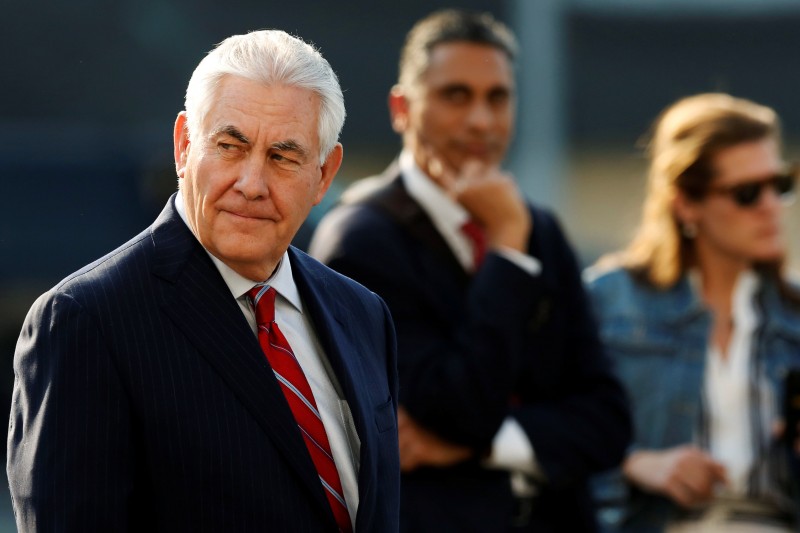 “If we are not given a meeting with Secretary Tillerson we will deliver a letter to the U. S. Embassy at 2 pm on Thursday, February 23, and will hold a quiet and respectful demonstration on the public space in front of the embassy. Mark your calendar and be ready to to attend on a moment’s notice,” protesters are instructed.

The petition, posted on liberal website MoveOn.org, has just over 1,400 signatures.

A man named Doug Hall is the listed creator of both the event and the MoveOn.org petition. Hall has been identified in Mexican news sources as an employee of Democrats Abroad Mexico. He did not return an email seeking comment.

The head of Democrats Abroad Mexico is Jody Quinnell, who served as a delegate for Hillary Clinton at the Democratic National Convention.

Indivisible, the anti-Trump group that has helped organize protests of Republican town halls across the country, promoted Thursday’s demonstration on its website. NBC News reported earlier this month that Indivisible has “teamed up” with former Obama group Organizing for Action in organizing anti-Trump efforts. (RELATED: In Their Own Words: Anti-Trump Resistance Leaders Say They Want To Make America ‘Ungovernable’)