The White House is pushing back vigorously on a CNN report that chief of staff Reince Priebus improperly requested that the FBI publicly rebut reports about an ongoing investigation into ties between Donald Trump advisers and Russian intelligence officials.

In a briefing to reporters on Friday, senior administration officials said that the FBI’s deputy director, Andrew McCabe, personally told Priebus last week that the reports were “BS.” He may have also called the reports “bullshit,” the officials said.

The officials hosted the background briefing with reporters early Friday in order to respond to a CNN report from Thursday that Priebus pressured the FBI to publicly knock down the reports about the investigation. (RELATED: Report: FBI Denied White House Request To Knock Down Russia Reports) 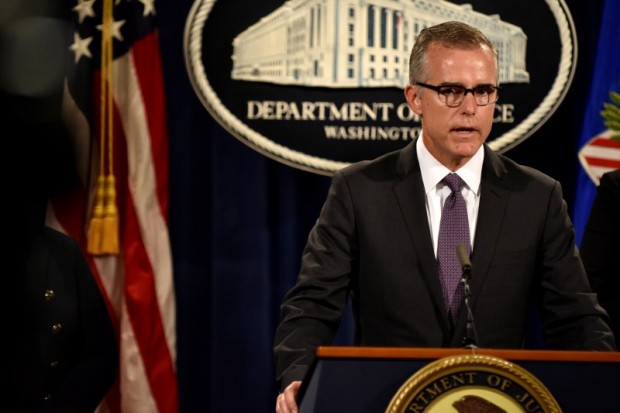 The briefing was intended to absolve Priebus by showing that he did not ask the FBI to intervene, but merely asked McCabe’s advice on how the White House should respond to the reports.

On Feb. 14, The New York Times reported that federal investigators had evidence that several former Trump advisers were in contact with Russian intelligence officials prior to the election. CNN reported the same night that the Trump aides were in “constant” contact. The reports undercut the administration’s claims that Trump campaign advisers had any contact with the Kremlin during the campaign.

While those stories, if true, would be bad enough, the saga took a new turn with CNN’s report of Priebus’ request for FBI intervention.

If Priebus made a request of McCabe, he would be in violation of a policy that prohibits the White House from conferring with the FBI about ongoing investigations. Those types of discussions must generally be held between the White House and Justice Department.

In the background briefing, the officials said that Priebus met with McCabe for five minutes after a 7:30 a.m. meeting at the White House on Feb. 15.

“I want you to know story in NYT is BS,” McCabe told Priebus, according to the senior White House officials.

Priebus then asked McCabe what could be done to respond publicly. He said he was “getting crushed” by the story.

“What am I supposed to do?” Priebus asked, according to the White House.

McCabe called Priebus later in the day and said that the FBI was unable to say anything in response to the report.

“We’d love to help but we can’t get into the position of making statements on every story,” he said, according to the White House.

Priebus then asked McCabe if he could cite “senior intelligence officials” as saying that there was nothing to the New York Times report. McCabe said that he could, and Priebus did just that on NBC’s “Meet the Press.”

According to the officials, FBI director James Comey entered the picture by calling Priebus. He reiterated much of what McCabe had said, including that the Times report was inaccurate.

The FBI did not respond to a request for comment on the White House’s story.

NBC News provided further context to the reports that got the entire episode started.

Ken Dilanian, a reporter at the network, said that law enforcement and intelligence sources did indicate that the New York Times story was wrong “in its use of the term ‘Russian intelligence officials.'”

“Our sources say there were contacts with Russians, but that the U.S. hasn’t confirmed they work for spy agencies. We were also told CNN’s description of Trump aides being in ‘constant touch’ with Russians was overstated. However, our sources did tell us that intelligence intercepts picked up contacts among Trump aides and Russians during the campaign,” reported Dilanian.