In the last few years, more than 230 American colleges and universities — 143 of them lavishly funded by taxpayers — have launched bias reporting systems encouraging students to report each other for incidents of offensive speech and other kinds of “bias.”

The Foundation for Individual Rights in Education (FIRE) published an exhaustive survey of such speech-chilling bias reporting systems earlier this month.

The speech and conduct of some 2.84 million students in the United States are subject to evaluation under bias reporting systems, according to the civil rights group.

The personnel who investigate student speech — usually called some variation of “bias response teams” — frequently includes law enforcement officials as well as school administrators and public relations staffers. Upon a finding of “guilty,” the teams of cops and bureaucrats summon students for hearings. These meetings are often intimidating and quasi-disciplinary. Their function, FIRE suggests, is to enforce a politically correct speech orthodoxy on campuses.

Many of the investigations by bias response teams are absurd. 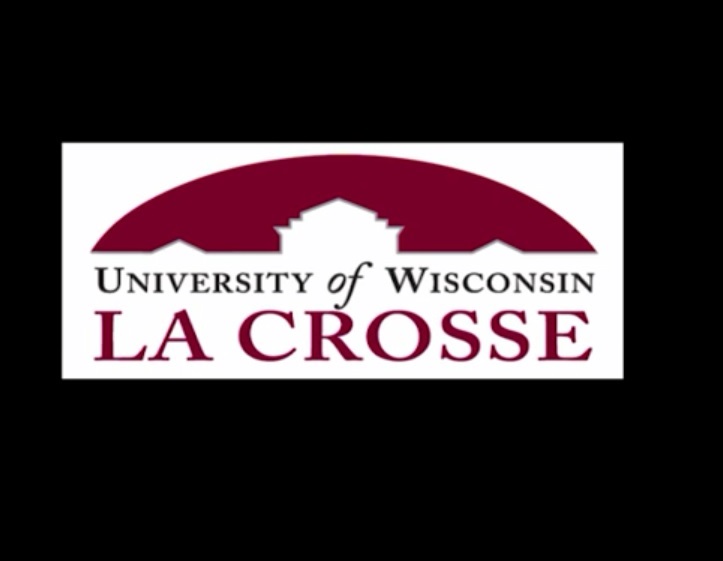 In April 2016, the taxpayer-funded “Hate Response Team” at the University of Wisconsin–La Crosse strongly criticized a smattering of sidewalk chalking on campus in support then-presidential candidate Donald Trump, calling the chalk messages “discriminatory” and “hostile.”

“The Hate Response Team is aware of several chalkings across campus that promote Trump 2016, including messages like ‘Build the Wall,’ ‘All Lives Matter,’ and ‘Stop Illegal Immigration,'” according to a Facebook post from the UW-La Crosse Hate Response Team. “While we respect peoples’ right to express their opinions, we also recognize that some communities on campus experience these messages as discriminatory or hostile.”

“All manifestations of prejudice and intolerance are contradictory to our mission as a university. If you experience any bigotry on or off campus, please turn to trusted friends and/or campus resources for support,” the Hate Response Team urges.

“Again, please remember that members of our Hate Response Team are here to support the individual and collective impacted by hate/bias and to stand up against all forms of oppression,” the last paragraph of the Hate Response Team’s Facebook post declared. “In fact, we believe the university and all people of conscience must raise their voices in support of our university’s shared values of civility, inclusion and acceptance.” (RELATED: Pro-Trump Chalk Triggers HATE RESPONSE TEAM At State-Funded Wisconsin University) 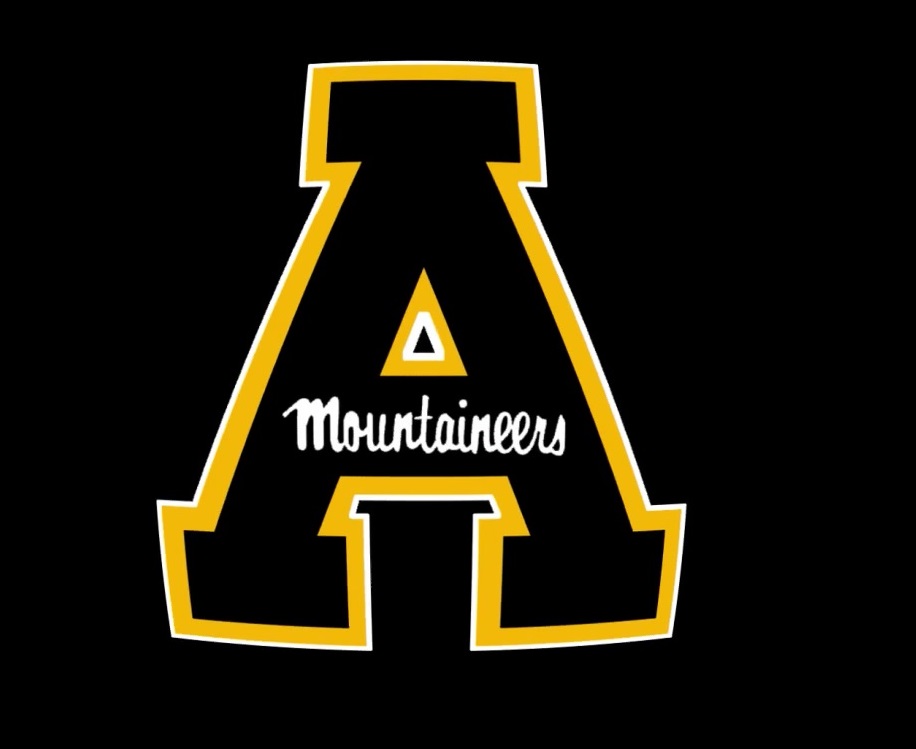 At taxpayer-funded Appalachian State University in the hills of North Carolina, an aggrieved student filed a 2016 report with the school’s “Bias Reporting team” claiming to be “offended by the politically biased slander that is chalked up everywhere reading ‘TRUMP IS A RACIST,'” according to FIRE.

The complaining student charged that the chalk markings describing then-candidate Trump as a racist were “slander” and “unlawful.”

A second student whined to the “Bias Reporting team” that supporters of Democratic presidential candidate Bernie Sanders were “destroying” chalk messages created by Trump supporters by engraving chalk penises next to the pro-Trump messages.

A third student went to the “Bias Reporting team” with a sob story that Trump supporters were engaging in “hate speech” by creating pro-Trump chalk markings in the first place. 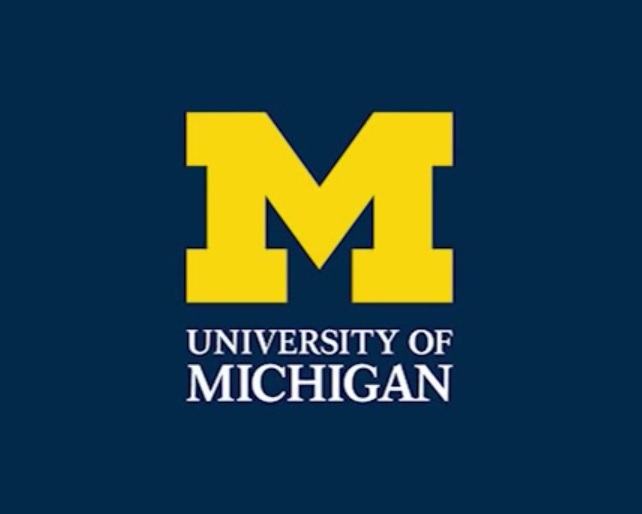 In the winter of 2016, the “Bias Report Team” at the University of Michigan investigated the construction of an impressively gigantic snow penis on campus as a “bias incident.”

The offending phallus, which appeared outside Bursley Hall after a storm that dumped a sheet of snow on Ann Arbor, didn’t sit well with an unidentified residential hall director who reported the snow member.

Michigan’s taxpayer-funded student life website defines “bias incidents” as “incidents that make people feel targeted because of their social identity group membership.” It’s unclear what group the reporting individual believes was targeted by the snow penis. (RELATED: PHOTO: Snow Penis At The University Of Michigan Is Somehow A ‘Bias Incident’) 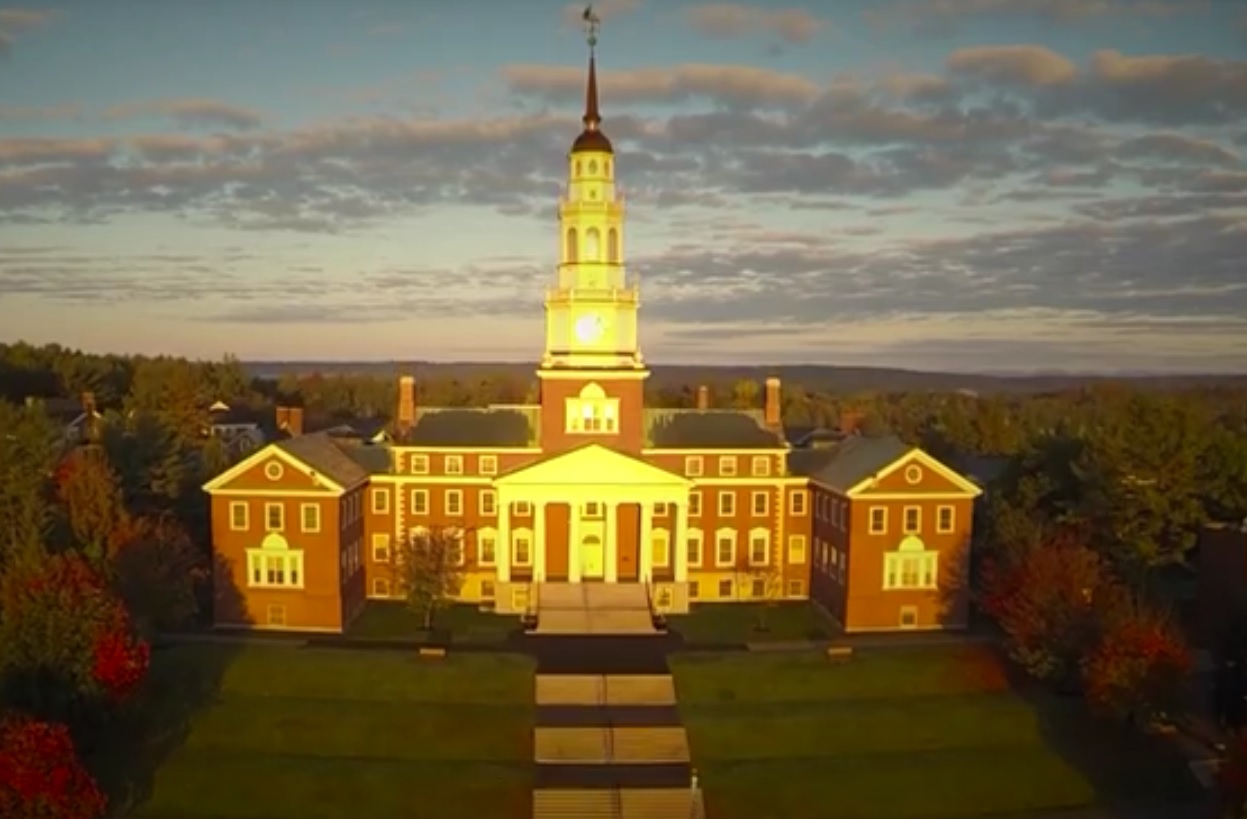 At fancypants Colby College, a picturesque little liberal arts college in small-town Maine, the 13-person “Bias Incident Prevention and Response team” investigated someone who uttered the phrase “on the other hand” in 2016. An unidentified student charged that these commonly-used words are “ableist.”

In 2015, another report of “bias” at Colby involved someone who witnessed “a group of students were pretending to have a luau, dressed in luau skirts and coconut bikinis screaming ‘for the fiftieth state.'” 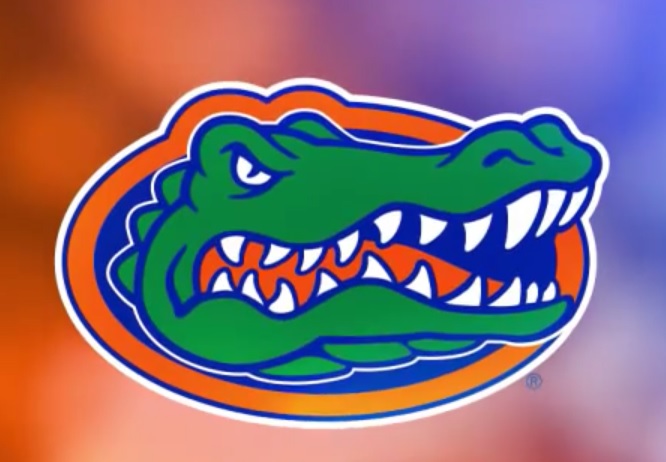 In the run-up to Halloween in 2016, taxpayer-funded officials at the University of Florida urged students who feel offended or triggered by Halloween costumes to report the costumes to the “Bias Education and Response Team” at the public school.

“Some Halloween costumes reinforce stereotypes of particular races, genders, cultures, or religions,” an unsigned Oct. 10, 2016 dispatch from the University of Florida administration informed students. “Regardless of intent, these costumes can perpetuate negative stereotypes, causing harm and offense to groups of people.”

After striking terror in students by suggesting that Halloween-related social media posts could ruin their reputations into perpetuity, the memo reminded students that, of course, “UF fosters a community that values and respects diversity.” (RELATED: University Of Florida Urges Students To Report Politically Incorrect Halloween Costumes As BIAS INCIDENTS) 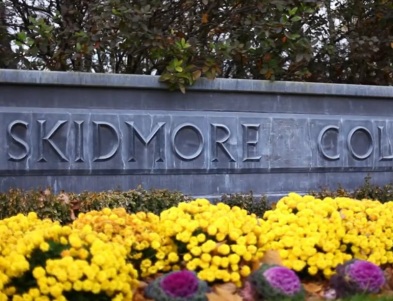 In the spring of 2016, the “Bias Response Group” at posh Skidmore College classified Trump’s campaign slogan “Make America Great Again” as a “racialized attack” that violated school policy, according to a summary of “bias incidents” produced by the school.

The circumstances leading to the determination that “Make America Great Again” was a “racialized attack” involved the appearance of the slogan on the personal whiteboard of a “female faculty [member] of color” at Skidmore.

The “Bias Response Group” acknowledged “that political speech is free and protected” in a report on the kerfuffle. “As a group, though,” the report said, “we are committed to the idea that political speech is open, engaged, and part of a public debate. These seemingly connected reports suggest a pattern of using the idea of political speech to target specific members of the Skidmore community with biased messaging.” (RELATED: Skidmore College: ‘Make America Great Again’ Is A ‘Racialized Attack’)

The cost of a single year of tuition, fees and room and board at Skidmore is $64,214. 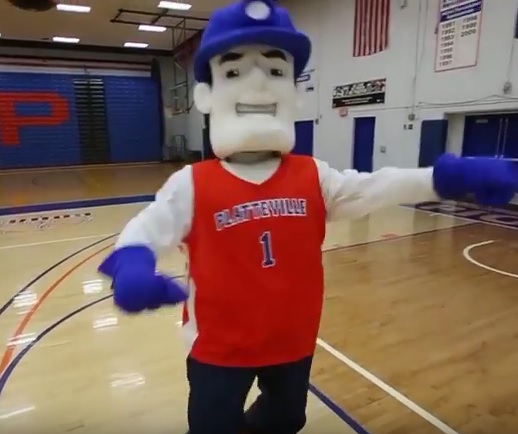 “University Bias Incident Team” officials, which include the chief of police and the dean of students, vowed to “be pro-active next year before Halloween about choosing an appropriate Halloween costume” and suggested that “we may do an ‘inappropriate costumes’ de-briefing such as a news media article or overview,” according to Heat Street. 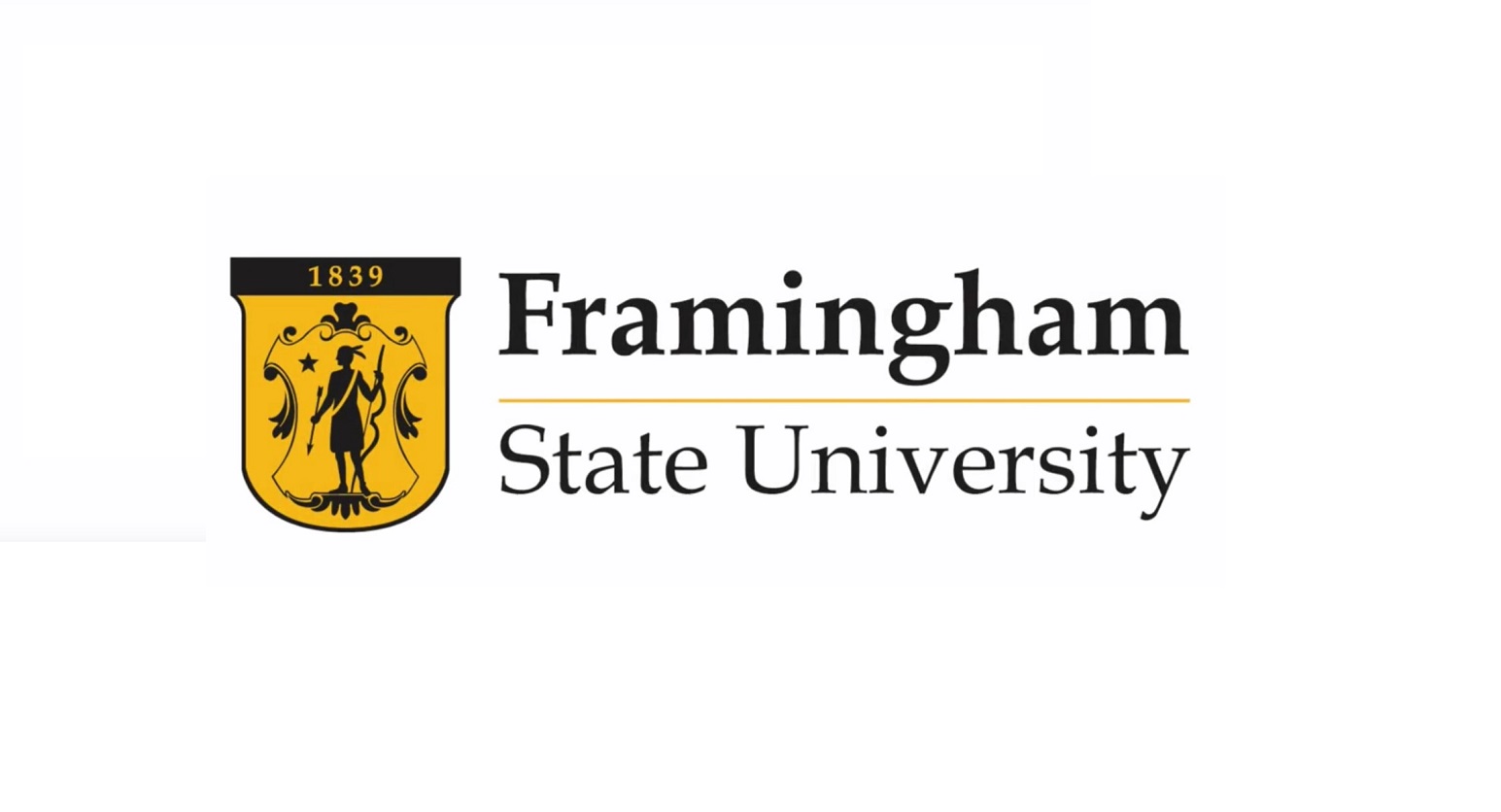 In 2015, the “Bias Education Response Team” at taxpayer-funded Framingham State University in Massachusetts investigated a “bias report” accusing a student with a Confederate flag sticker on his laptop of racism and school officials offered offended students counseling.

“We recognize that bias incidents are upsetting for the entire campus community, but especially for the target(s) and witness(es) of these incidents,” wrote Sean Huddleston, the public school’s chief diversity and inclusion officer in a campus-wide email published by the student newspaper.

“It is strongly suggested that anyone impacted by a bias incident find someone to speak with,” Huddleston urged.

The diversity officer noted that the school wouldn’t ban the Confederate flag, as it is protected by First Amendment free speech rights. (RELATED: Taxpayer-Funded University Offers Counseling For ‘Victims’ Of Confederate Flag Sticker) 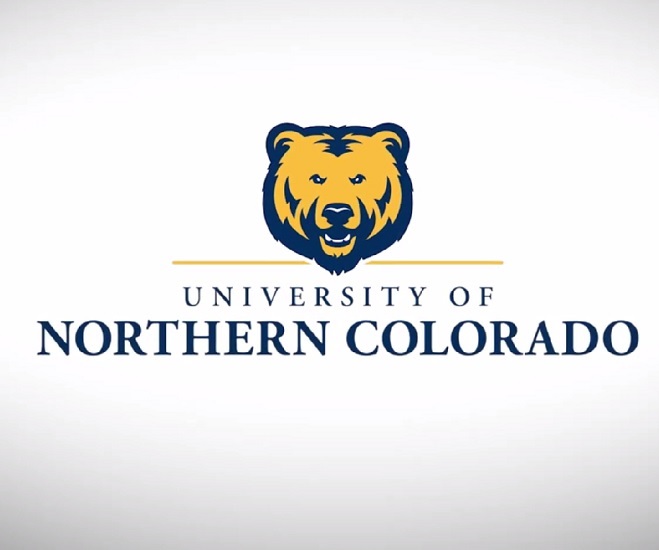 The “Bias Response” outfit at the taxpayer-funded University of Northern Colorado — which is a such an epic civil rights disaster that it has been shuttered — investigated two professors in 2016 for encouraging students to discuss and debate the issue of gay and transgender rights in class. One of the professors under investigation had specifically asked his students to confront positions with which they disagreed.

After another “Bias Response” investigation, school officials ordered a student to remove a Confederate flag from his dorm room.

As a result of the public school’s investigations, two state senators sent letters of inquiry to school officials.

Students “sometimes have concerns that don’t rise to the level of law-based complaints, and if we truly want to be a welcoming and inclusive campus, we need to listen to these concerns as well,” University of Northern Colorado president Kay Norton, who brought home a sweet $316,000 salary in 2016, admitted in a speech, according to FIRE.

Currently, a link to a school website link for information “about UNC’s process to address discrimination, harrassment [sic], retaliation, and sexual misconduct” leads to a webpage saying “Error 404 – Page Not Found.” 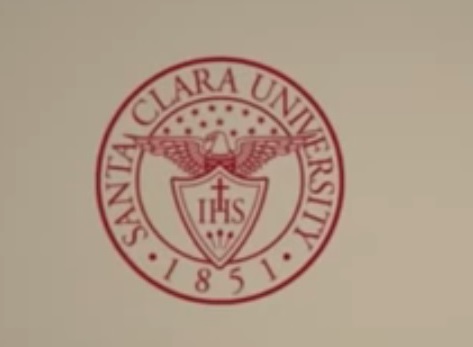 In 2015, the “Bias Incident Reporting” unit and administrators at Santa Clara University in the heart of Silicon Valley rescinded an official school policy instructing students to clog up the regional 9-1-1 emergency reporting system to report “bias incidents.”

As most people who have aged into the high single digits know, the 9-1-1 telephone number is a special, serious service reserved for emergencies which require immediate assistance from the police, the fire department or an ambulance.

Until August 2015, however, officials at the Jesuit school had been instructing students to report “bias incidents” using the emergency service reserved for dispatching police, firefighters and ambulances. (RELATED: University Decides To Stop Instructing Students to CALL 911 To Report OFFENSIVE SPEECH)

“If the bias incident is in progress or just occurred: ALWAYS CALL 911 IMMEDIATELY,” the Santa Clara website instructed students in fierce, all-capital letters.

The language no longer appears on the website but the Internet Archive has a cached version because school officials appear to have quietly changed it this month.

The cost for a single year of tuition, fees and room and board at Santa Clara is $61,077. 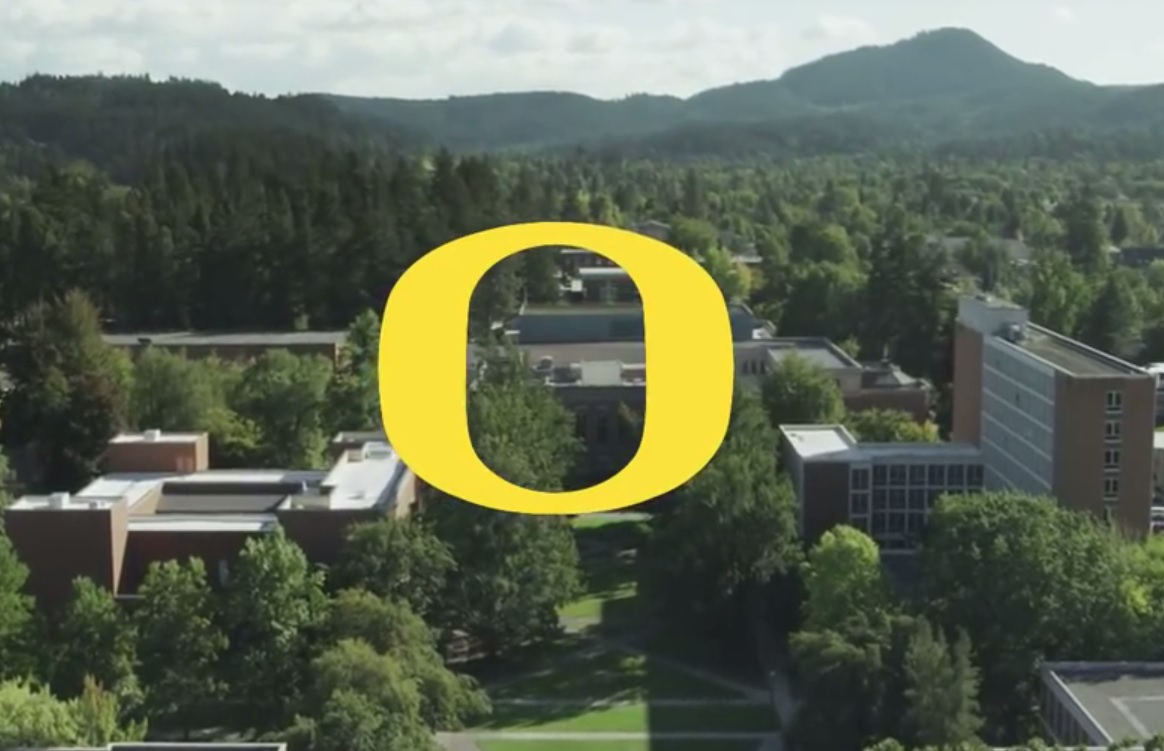 The newly-christened “Bias Education and Response Team” at the taxpayer-funded University of Oregon investigated The Daily Emerald, the school’s student newspaper, during the 2014-15 academic year because someone anonymously claimed to be greatly offended because the newspaper wasn’t providing sufficient coverage to the causes of transgender students.

The “Bias Education and Response Team” then explained “community standards and expectations” to a reporter and an editor at the newspaper, according to FIRE. 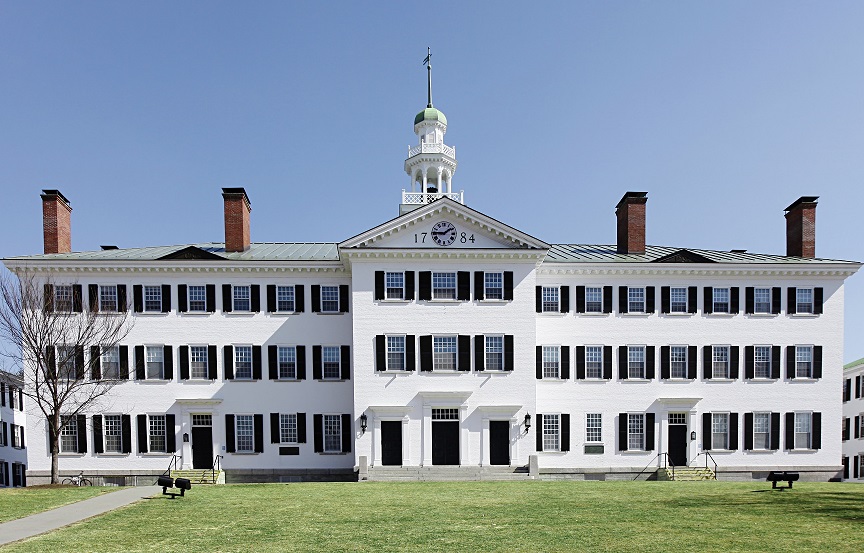 The all-star, very best “bias incident” in the history of American college campuses is and will always be that time back in 2013 when an unidentified student at Dartmouth College allegedly walked past two students of some Asian background, made eye contact and spoke a bunch of gibberish that the students perceived as mock Chinese.

As far as The Daily Caller knows, he remains a fugitive even to this day. (RELATED: Dartmouth Student Who Spoke ‘Mock Chinese’ Remains On The Lam)