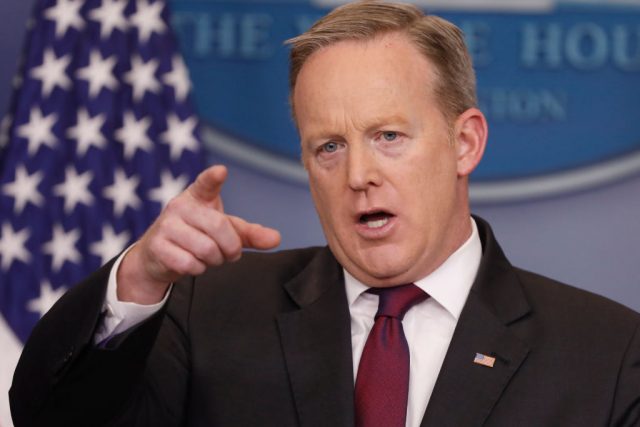 The Daily Caller asked Sean Spicer how the new budget proposal, which would boost Pentagon spending by 10 percent, was defensible after an internal review found there was $125 billion in administrative waste at the Department of Defense in 2015.

“Of course he’s concerned,” Spicer said when asked if President Trump was worried about DOD wastefulness. “He’s concerned with wasteful spending throughout the government. There is also a big difference between rooting out waste and fraud and various programs, and understanding that when you’re talking about adding to the fleet, or increasing airplane costs, that that can’t be driven just through those.”

“The commitment that you have to make to purchase some of those very needed upgrades to our infrastructure, to our arsenal, planes, ships, it doesn’t just come through that. So even if you could start to really identify, you wouldn’t be able to make the financial commitment that needs to be done to rebuild some of the ships and planes in particular that need a substantial investment on the front end.” 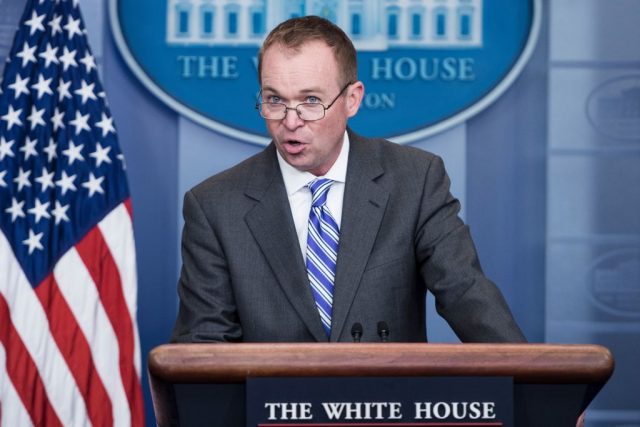 Office of Management and Budget head Mick Mulvaney made a hasty appearance at the beginning of the briefing Monday to answer questions about the budget proposal.

“This is not a full-blown budget,” Mulvaney said. “That will not come until May. We are just taking his [Trump’s] words and turning them into policies and dollars.”

The proposal put forth Monday would cut domestic programs and foreign aid while increasing funds for national security. Mulvaney said the defense spending was one of the “largest increases in history.”