Marc Lamont Hill, a professor at the historically black Morehouse College and a host for Black Entertainment Television, says President Trump‘s senior aide Kellyanne Conway had something else on her mind when she tucked her feet under her butt on a beige couch in the Oval Office.

In tweets Tuesday afternoon, he claimed that historically black college presidents told him that her position on the couch surprised them — to say the least. “They said they were shocked by her posture,” he wrote. “But keep the hypotheticals coming…” 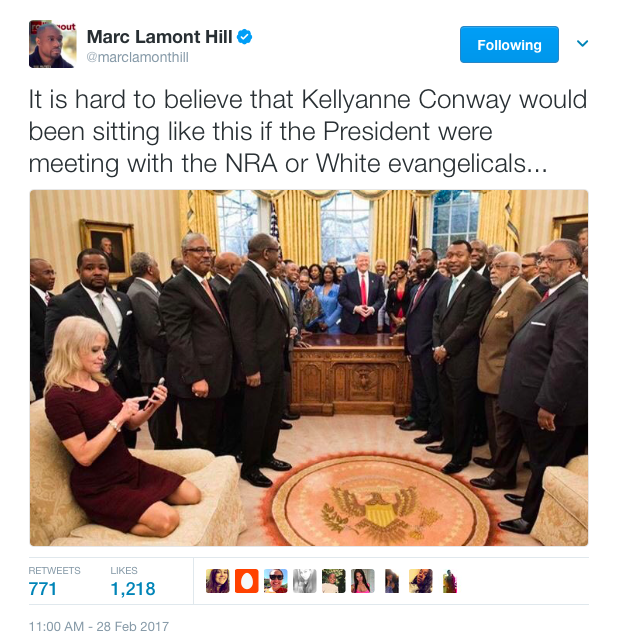