Maureen Scalia received a standing ovation when President Trump acknowledged her in the crowd on Capitol Hill Tuesday night. 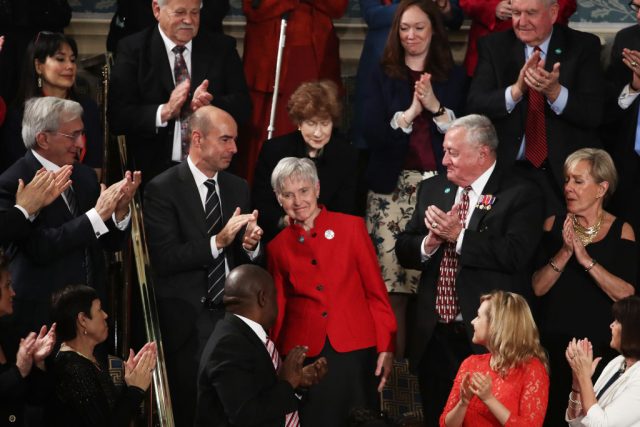 “I have kept my promise to appoint a Justice to the United States Supreme Court, from my list of 20 judges, who will defend our Constitution,” Trump said. “I am honored to have Maureen Scalia with us in the gallery tonight. Her late, great husband, Antonin Scalia, will forever be a symbol of American justice. To fill his seat, we have chosen Judge Neil Gorsuch, a man of incredible skill, and deep devotion to the law. He was confirmed unanimously to the Court of Appeals, and I am asking the Senate to swiftly approve his nomination.”

WATCH: Maureen Scalia, widow of the late Justice Scalia, receives standing ovation as she is honored by Pres. Trump. https://t.co/g0ffvty4hw 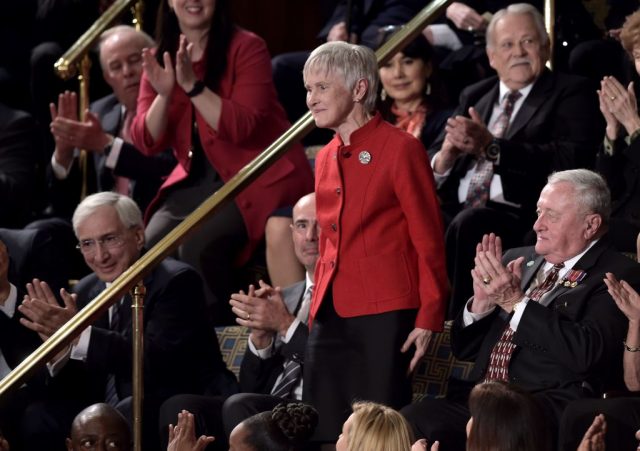