President Trump received praise from both sides of the aisle after he gave his first speech to Congress on Capitol Hill Tuesday night. After the president outlined his goals in an optimistic tone, journalist and pundits alike had to give it to him — he stayed on message. 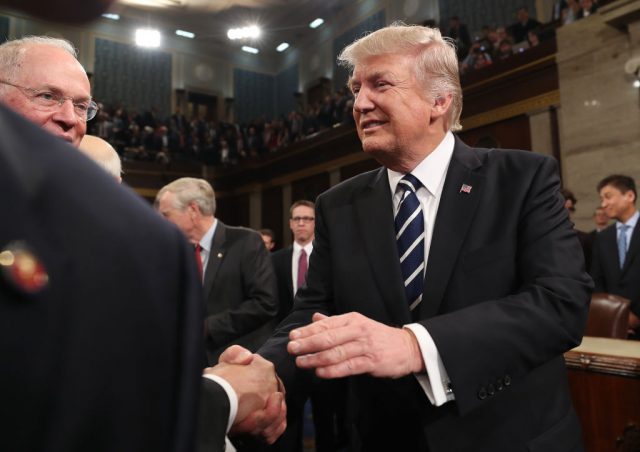 “One of the best speeches in that setting I’ve ever heard any president give,” Chris Wallace said on Fox News.

“The President of the United States, delivering an important, powerful speech,” CNN’s Wolf Blitzer noted. “His tone clearly different than the speech he delivered at the inauguration. The President going through a whole range of issues.”

“This was probably, without a doubt, one of his best speeches that I’ve ever heard,” Anderson Cooper added.

MSNBC’s Chris Matthews said he thought it was “a winner.”

“I think left, right and center people have a sense of righteous indignation, right or wrong, that we’ve been screwed worldwide. We must restart the engine of the American economy, make it easier for companies to do business in the United States and much harder for companies to leave. I thought it was a winner politically. I think it was probably the reason he was elected in Michigan, Wisconsin, Pennsylvania and Ohio, it is his winning the ticket: economic nationalism.”

Ready to double down on this. https://t.co/1OKgpJ9N7j

This a very effective speech for Trump. He is speaking to Hill Republicans, reassuring them he wants what they want. This is working

Trump is giving a muscular speech. Passionate both about vetting/killing terrorists and economic renewal, from factory towns to coal mines.

So far, a highly effective speech.

I like his looking back at our centennial and the 250th anniversary. Powerful device. Prosperity, strength, peace, freedom.

I ask again though: Why can't Trump be praised for delivering a good speech full stop? https://t.co/vvV7eMavsJ