In her first public act since leaving Fox News and helping to bring down Roger Ailes for sexually harassing women, NBC’s newest anchor purportedly went to a ritzy Oscar party and didn’t wear a bra.

It’s not as crazy as it sounds.

FTV Live, a site about TV news written by Scott Jones, is reporting that Kelly went to the party “sans bra.” He got the picture from AOL Entertainment News, which framed the whole thing a bit differently. The site says “Megyn Kelly rocks sexy cutout dress at 2017 Oscars party — see her gorgeous look!”

There’s really no way that Jones can know for sure that Kelly went bra-less unless he got a good look inside her dress.

Jones joked, “I think I remember Ed Murrow wearing this exact same outfit to the Oscar’s one year.” 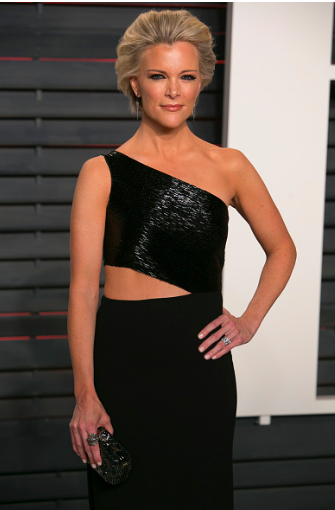