Life comes at you fast.

Remember how emotional everyone was when then-Vice President Joe Biden lost his son to brain cancer in 2015? Beau Biden was Delaware’s former Attorney General. He also served in Iraq. Biden mentioned him any chance he got. Former President Obama gave the eulogy at his funeral.

Well, things are, er, looking up as the Biden family has something new to welcome into their lives: Love between Beau Biden’s widow, Hallie, and the ex-VP’s other married son, Hunter.

“Hallie and Hunter” certainly has a comfortable ring to it, but it also has a cringeworthy Flowers in the Attic aura.

According to NYP‘s Page Six, which broke the news, the Bidens — Joe and Jill — have “given their blessing to the relationship.”

In a statement that could make your skin crawl, Biden spoke on behalf of him and his wife, saying, “We are all lucky that Hunter and Hallie found each other as they were putting their lives together again after such sadness. They have mine and Jill’s full and complete support and we are happy for them.”

The story also quotes Hunter saying that he and Hallie are “lucky to have found love.”

The report says Hunter (pictured here) is now separated and estranged from his wife, Kathleen.

Which makes sense under the strange circumstances. 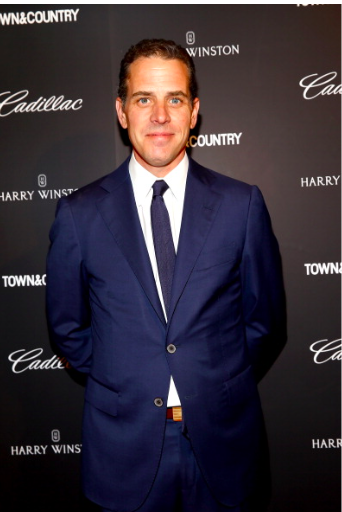 In his eulogy a few years back, Obama spoke directly to Hallie: “To the Biden family, this sprawling, intimate clan –- I know that Beau’s passing has left a gaping void in the world. Hallie, I can only imagine the burdens that you’ve been carrying on your shoulders these past couple of years. And it’s because you gave him everything that he could give everything to us. And just as you were there for him, we’ll be there for you.”

The upside to all this? If things get super serious between Hunter and Hallie, she won’t have to change her surname.

If anyone might be rolling in his grave, it’s Beau.