Louisiana Democratic Rep. Cedric Richmond made a joke Wednesday about Trump adviser Kellyanne Conway looking “familiar” with being on her knees.

The comment was in reference to a now infamous photo of Conway kneeling on an Oval Office couch in order to take a photo of President Trump with presidents of historically black colleges.

TOPSHOT – Counselor to the President Kellyanne Conway (L) checks her phone after taking a photo as US President Donald Trump and leaders of historically black universities and colleges pose for a group photo in the Oval Office of the White House before a meeting with US Vice President Mike Pence February 27, 2017 in Washington, DC. BRENDAN SMIALOWSKI/AFP/Getty Images 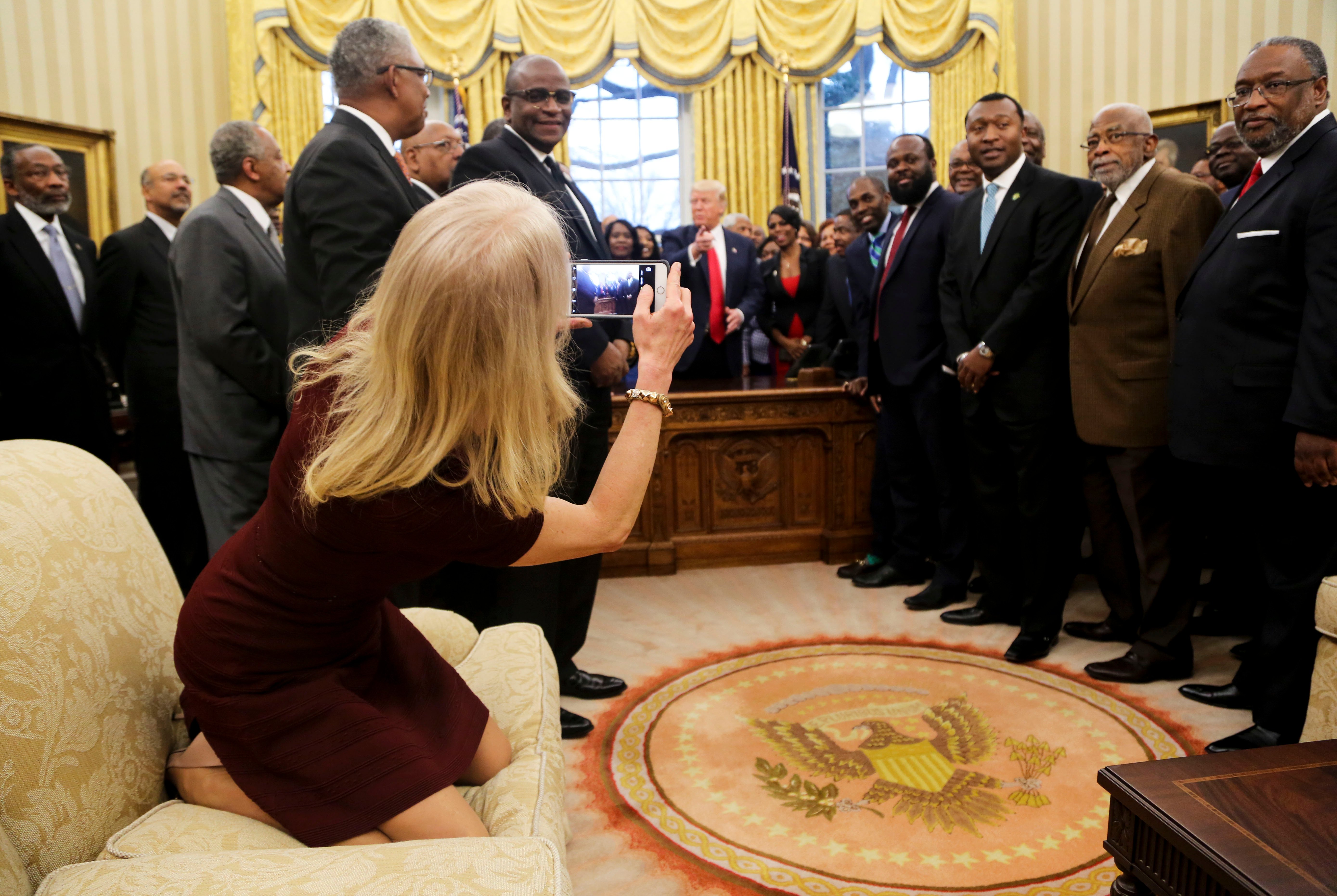 WASHINGTON, DC – FEBRUARY 27: Counselor to the President Kellyanne Conway takes a picture of U.S. President Donald Trump with members of the Historically Black Colleges and Universities in the Oval Office of the White House, on February 27, 2017 in Washington, DC. (Photo by Aude Guerrucci-Pool/Getty Images)

The Democrat said the joke during the Washington Press Club Foundation dinner.

“You even mentioned Kellyanne and that picture on that sofa,” Rep. Richmond said during his speech to Republican Sen. Tim Scott who was at the event. “I really want to know what was going on there because she really looked kind of familiar in that position there, but don’t answer.”

Rep. Richmond told The Daily Caller in a statement, “Since some people have interpreted my joke to mean something that it didn’t I think it is important to clarify what I meant. Last night was night of levity. Where I grew up saying that someone is looking or acting ‘familiar’ simply means that they are behaving too comfortably.”

“I decided to use that joke due to the large social media backlash over her inappropriate posture considering there were more than 60 HBCU Presidents in the room,” the Louisiana Democrat added.