Former White House press secretary Josh Earnest said that fake news is not a new thing, but was used over the last eight years to try to “delegitimize President Obama by accusing him of not being born in the United States.”

“This whole idea of fake news is not a new thing,” Earnest told Stephen Colbert on “The Late Show” Tuesday night. “This is something that Republicans have been engaged in, and one Republican in particular, has been very focused on for a long time.”

President Trump has openly criticized several news organizations, including CNN and the New York Times, for publishing inaccurate stories from unnamed sources. Last Friday, those organizations and others were prevented from attending an informal White House press briefing. Earnest criticized the move claiming that he never did that while serving as Obama’s press secretary.

“If you believe passionately that you’re doing the right thing for the right reasons, then why wouldn’t you have the confidence to go out there in front of the public and make your case and present some evidence and say, ‘look, what we’re doing, it works!'” 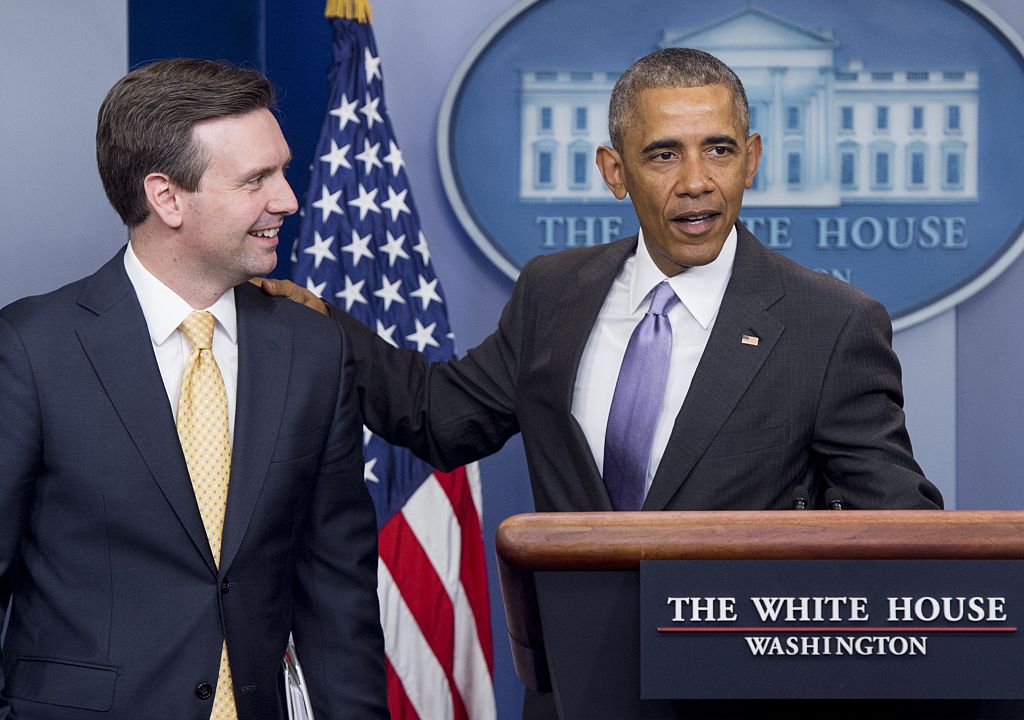 Earnest and Colbert also discussed the relationship between the press and current White House press secretary Sean Spicer. Earnest admitted the environment was essentially the same while he held the position and if it wasn’t that would be a serious problem.