Liberal activists and members of the Democratic Party protested outside of the Department of Justice Thursday afternoon, demanding Attorney General Jeff Sessions’ resignation.

“False testimony counters any right you have to remain Attorney General of the United States of America,” Texas Democratic Rep. Sheila Jackson Lee said of Sessions to the 200 or so protesters gathered outside the building on Pennsylvania Avenue in Washington, D.C.

Jackson Lee said she and others in Congress will send a letter to President Trump, “asking him to seek the resignation of his attorney general, or to fire him on the spot” if he doesn’t step down.

The activists also demanded that a successor appoint a special prosecutor to oversee an investigation into potential Russian interference with the 2016 presidential election. 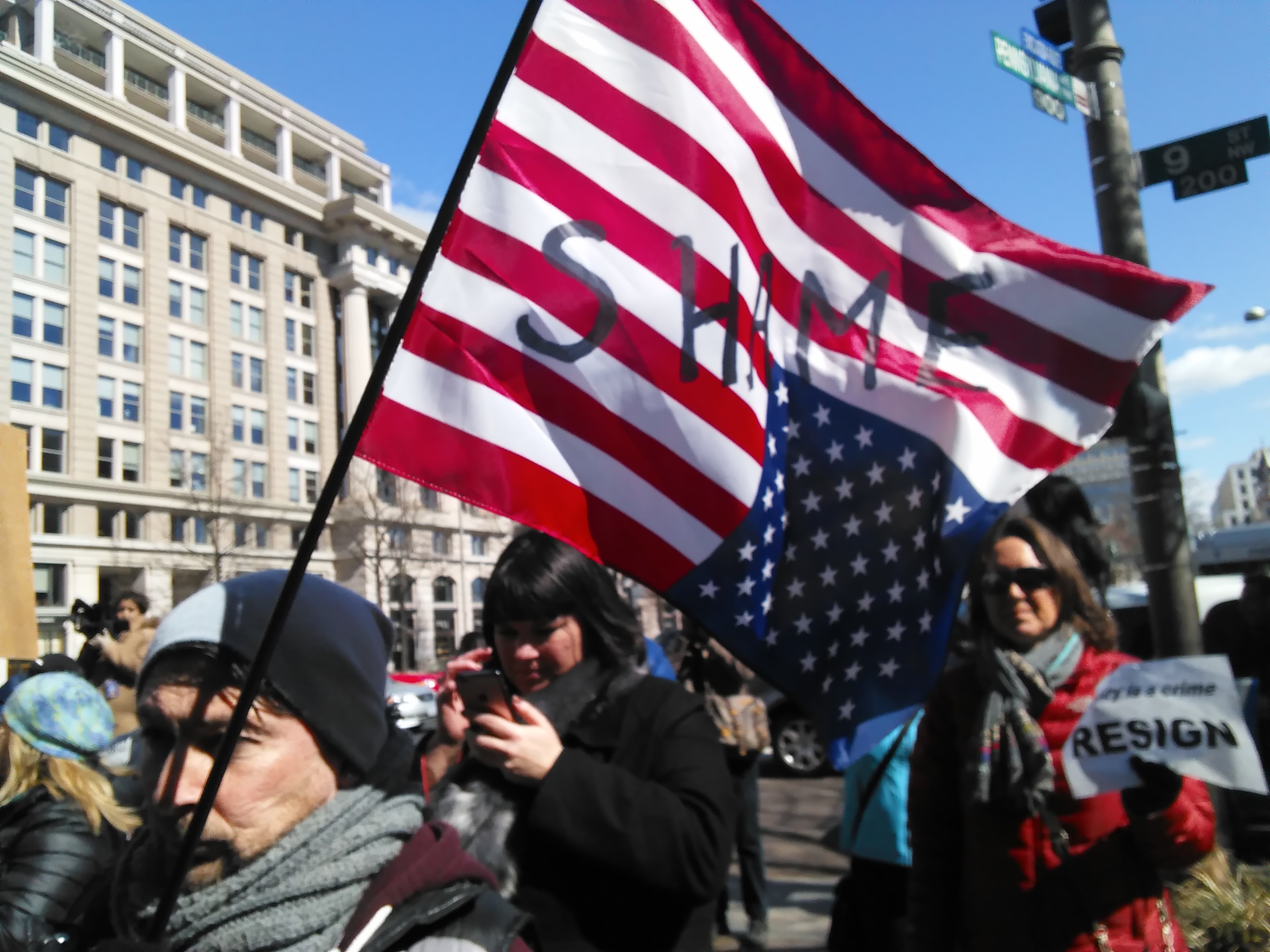 (A liberal activist waves an upside down American flag with the word “SHAME” marked across: Ted Goodman/TheDCNF)

“The Trump administration has a staff infection,” Democratic Maryland Rep. Jamie Raskin told the crowd. “They say he should recuse himself, we say resign,” he continued.

“There is a crisis of confidence across the land with this administration,” Raskin said. “Jeff Sessions must go, he must resign now, and if not, Donald Trump is going to have to dust off an old sentence he used to know how to execute, and thats ‘Your Fired!'” 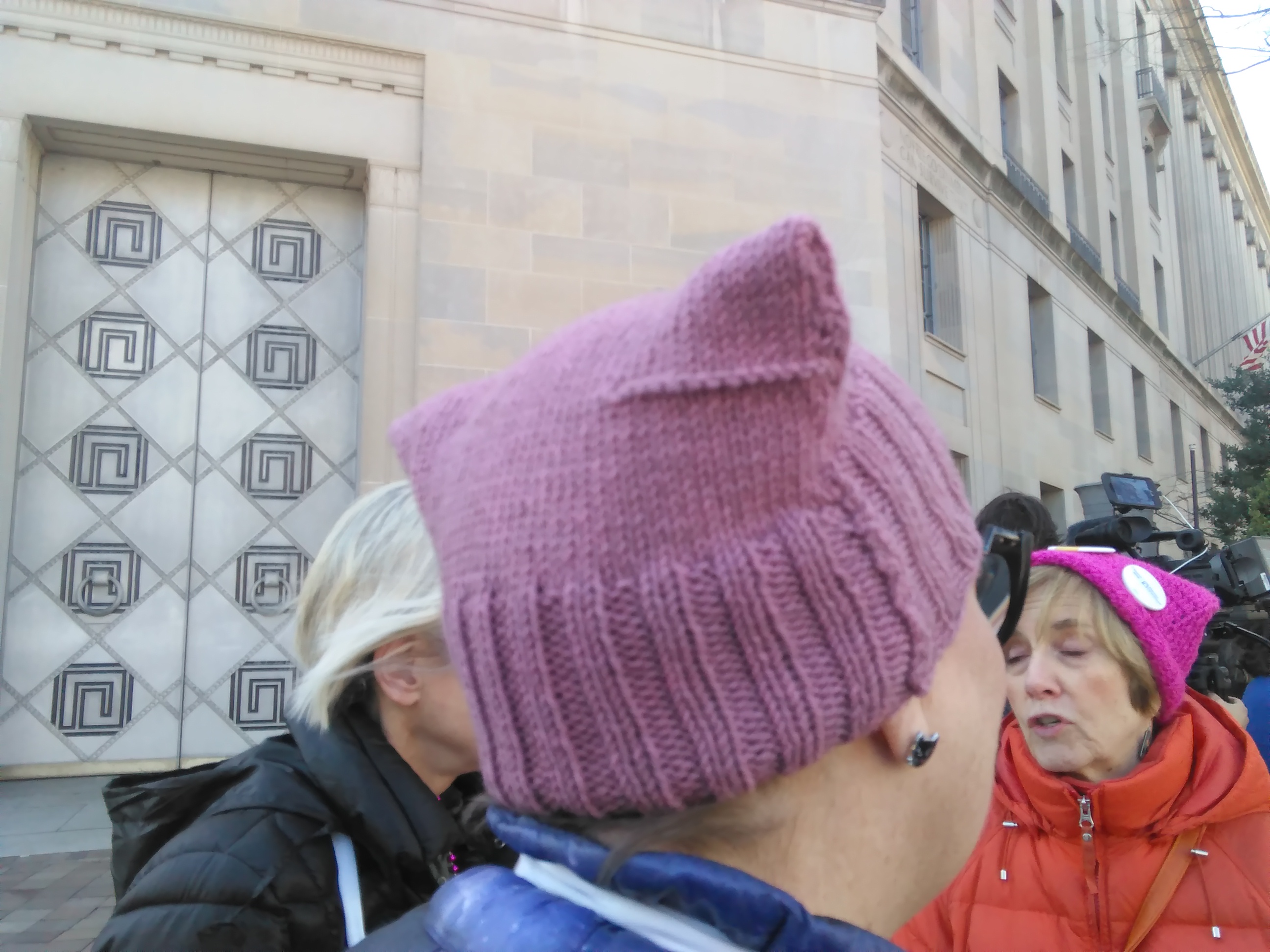 The “pussy hat” was present on numerous activists’ heads during the Thursday protest outside of the Department of Justice building: Ted Goodman/TheDCNF

“There will be a legal, nonviolent demonstration outside the Department of Justice at 12:00 p.m. today,” an email from the rapid response team of the Democratic National Committee said shortly before 11:00 a.m. ET Thursday. 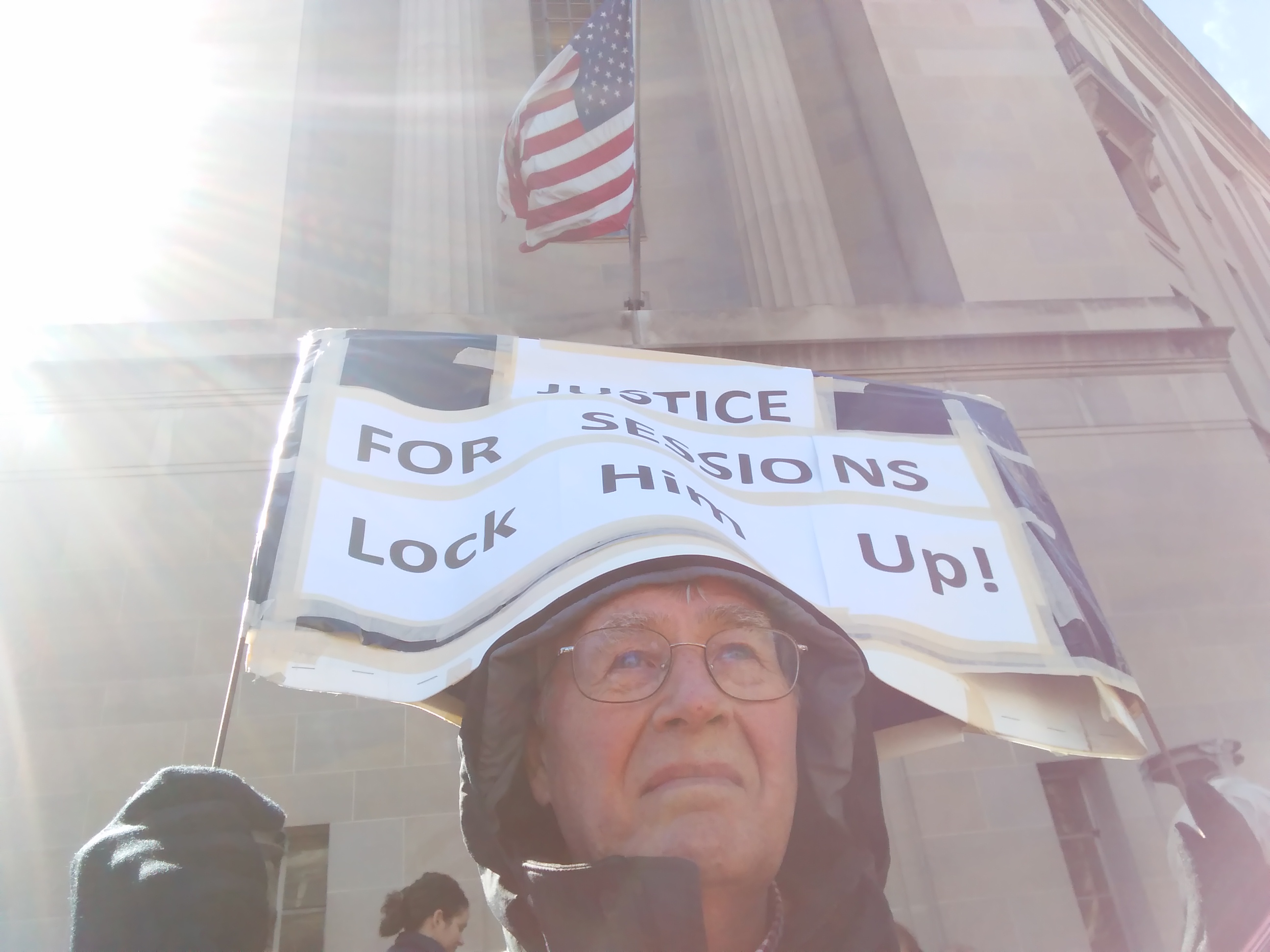 A liberal activist holds a sign, calling for Attorney General Jeff Sessions to be “locked up.”: Ted Goodman/TheDCNF

Sessions is under intense scrutiny after news emerged the former senator met twice with Russian Ambassador Sergey Kislyak during the fall, just months before the November elections.

While it is not unusual for a senator to meet with foreign ambassadors, the attorney general did not disclose the interactions during his Senate confirmation hearing earlier this year. 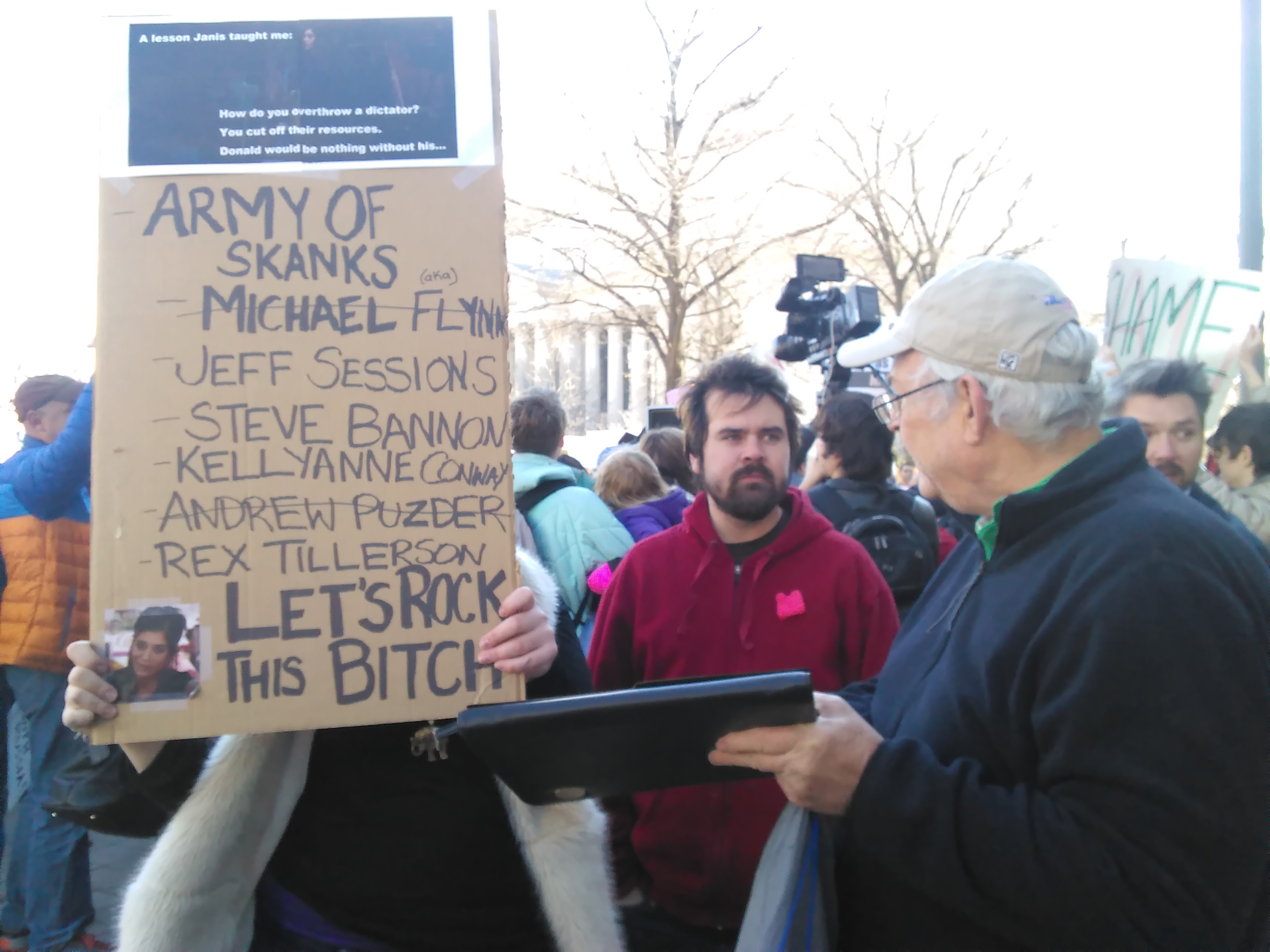 A protester holds a sign outside of the Department of Justice: Ted Goodman/The DCNF

The protest was organized by MoveOn.org, the Center for American Progress, the Democratic National Committee and other anti-Trump groups including “Resist.”