Attorney General Jeff Sessions will recuse himself from any probe related to the Russian government’s involvement in the 2016 presidential campaign. 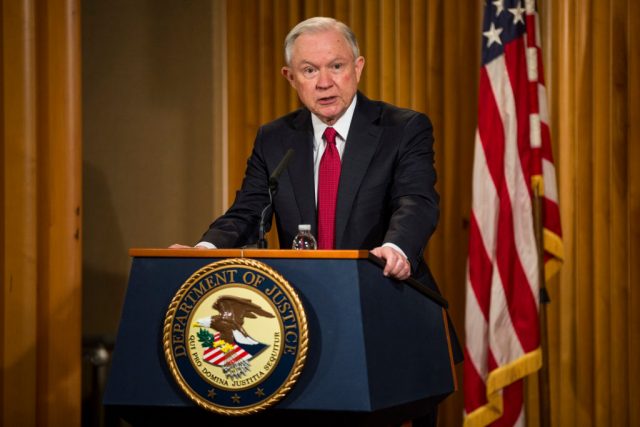 The former senator from Alabama spoke about his contact with the Russian ambassador to the U.S. in a surprise press conference Thursday.

“Let me be clear, I never had meetings with Russian operatives or Russian intermediaries about the Trump campaign, and the idea that I was part of a ‘continuing exchange for information’ is totally false,” Sessions said. “That is the question Sen. Franken asked me at the hearing. I did not respond by referring to the two meetings I had, one after a speech and one with two of my staffers with the Russian ambassador in Washington, where no such things were discussed. My reply to the question of Sen. Franken was honest and correct as I understood at the time.”

Sessions said his staff recommended he recuse himself.

AG Sessions recuses himself from investigations into presidential campaigns after recommendations from his staff. https://t.co/iL5u2peh5V pic.twitter.com/TjotL6vz0F

“I will write the Judiciary Committee soon, today or tomorrow, to explain this testimony for the record.”

“This announcement should not be interpreted as the confirmation of the existence of any investigation, because we in the Department of Justice resist confirming or denying the very existence of investigation.”

A White House official confirmed to The Daily Caller that the administration learned of Sessions’ contact with the ambassador through a reporter.

President Trump said earlier Thursday that he did not think Sessions needed to recuse himself. (RELATED: Trump: I Have ‘Total’ Confidence In Attorney General Jeff Sessions)