President Trump has “total” confidence in Attorney General Jeff Sessions, despite reports that he had contact with the Russian Ambassador to the U.S. during the campaign. 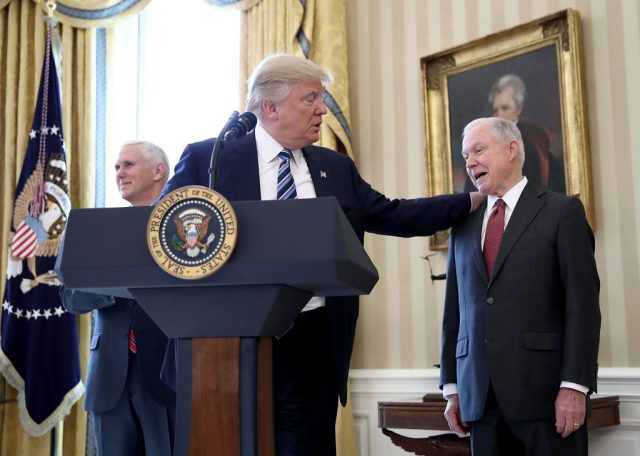 The president was asked if Sessions should recuse himself from investigating contacts between the Trump campaign and the Russian government as he toured the newest American aircraft carrier, the Gerald R. Ford, on Thursday.

“I don’t think so,” Trump answered. (RELATED: Paul Ryan: Sessions Should Only Recuse Himself If He’s The One Under Investigation)

Trump said he wasn’t aware that Sessions had conversations with Sergey I. Kislyak, but said he believed the attorney general testified honestly to the Senate during his confirmation hearing.

“I think he probably did.”