The arrest of a 31-year-old leftist journalist for making bomb threats against Jewish centers across the U.S. is a vindication of sorts for Donald Trump, who came under fire earlier this week after he refused to jump to conclusions about the identity of the threat-makers.

Juan Thompson was arrested in St. Louis on Friday for phoning and emailing threats to at least eight Jewish centers and the Anti-Defamation League.

Thompson, who is black, supported Bernie Sanders for president and once wrote for the liberal website, “The Intercept.” He was fired after he was discovered fabricating quotes for his stories. His threatening calls appear to have been made, in part, to get revenge on a former girlfriend. 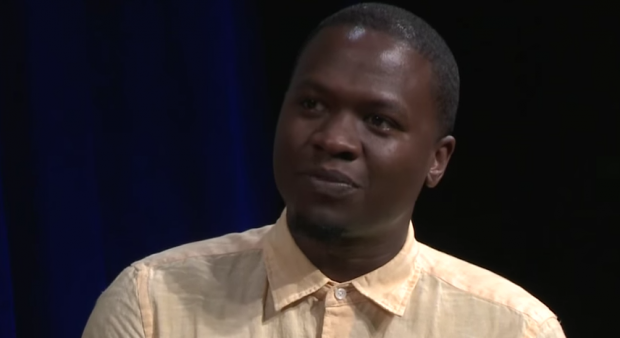 But the consensus among journalists and pundits has been that a pro-Trump white supremacist was behind the threats, which led to evacuations at the Jewish centers.

“The Intercept,” which was founded by anti-Trump billionaire Pierre Omidyar, even published an article asserting that Trump supporters were making the threats.

Earlier this week, BuzzFeed reported that Pennsylvania Attorney General Josh Shapiro said that in a meeting with Trump, the president said he was withholding judgement on who was behind the calls because “sometimes it’s the reverse.”

“He just said, ‘Sometimes it’s the reverse, to make people — or to make others — look bad,’ and he used the word ‘reverse’ I would say two to three times in his comments,” Shapiro told BuzzFeed. “He did correctly say at the top that it was reprehensible.”

“I really don’t know what he means, or why he said that,” Shapiro said.

Journalists and pundits on Twitter jumped on Trump’s remarks.

The Anti-Defamation League also issued a statement condemning them.

“We are astonished by what the President reportedly said. It is incumbent upon the White House to immediately clarify these remarks. In light of the ongoing attacks on the Jewish community, it is also incumbent upon the President to lay out in his speech tonight his plans for what the federal government will do to address this rash of anti-Semitic incidents,” ADL CEO Jonathan Greenblatt said in a statement.

The consensus was that Trump was implying that a Jewish person was behind the phone threats. Though his comments were vague, another interpretation was that he merely did not have enough information to say who was behind the calls.

Many of the bomb threats have not been solved. Dozens more phone calls were placed to Jewish centers across the U.S. In some cases, the callers masked their voices and used a technique called spoofing to mask their phone numbers. At one point, law enforcement officials told reporters that some of the calls may have come from overseas.

But at the very least, Thompson’s involvement shows at least some of the threats came from people opposed to Trump. And Thompson was certainly no fan of the Republican.

In January, he called Trump “Hitler” because of his executive order banning travel from countries with high rates of terrorism.

Trump addressed the threats during his speech in front of a joint sessions of Congress Tuesday night.

“Recent threats targeting Jewish Community Centers and vandalism of Jewish cemeteries, as well as last week’s shooting in Kansas City, remind us that while we may be a nation divided on policies, we are a country that stands united in condemning hate and evil in all its forms,” he said, also referring to a shooting at a bar in Olathe, Kan. in which a white man murdered two Indian men who he thought were Iranian.

Details of the Justice Department’s case against Thompson can be found here.