The former Donald Trump campaign adviser who is reportedly being investigated over ties to Russia was brought into the Trump orbit last March by Sam Clovis, the co-chairman of Trump’s campaign who now serves as White House adviser for the U.S. Department of Agriculture.

TheDC can also reveal that the Trump team issued a number of cease and desist requests to Page in recent months over concerns that he was misrepresenting his role on the campaign.

Page, who is a managing partner at an energy investment firm called Global Energy Capital, has been widely cited as a foreign policy adviser to Trump, the assumption being that he was in close touch with the Republican. But Trump and members of the administration have recently said that he does not recall ever meeting Page. 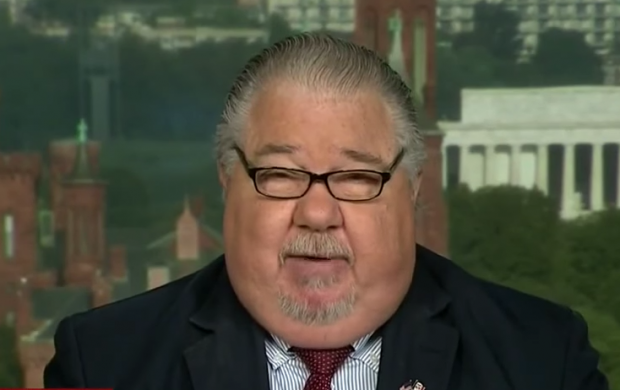 According to the two campaign officials, Clovis, a former professor at Morningside College in Iowa, put together a list of a group of people he knew who he believed could help the campaign beef up its policy team. Page was on that list.

The campaign at that point was growing increasingly confident of winning the GOP nomination and realized it needed to broaden its policy infrastructure, one campaign official said.

There has been some speculation that Clovis was Page’s conduit. An in-depth Politico report about Page in September cited campaign sources who believed it was likely that he was brought on by Clovis.

And while the identity of the Page’s link to Trumpworld received little scrutiny in the months since that Politico piece, it has become a topic of intense interest in recent weeks.

That’s because the former Merrill Lynch banker was identified in a New York Times report last month as one of the former Trump advisers who is being investigated for possible contacts with Russian government officials. The full nature of the investigation is unclear, but federal investigators are said to have evidence of phone calls and contacts between former Trump campaign advisers and Russian government officials.

Though Trump & Co. have since downplayed Page’s role on the campaign, Trump was the first to publicly identify the energy investor’s advisory position.

Trump mentioned Page as one of several new advisers to his campaign in a March 21, 2016 interview with The Washington Post. Reporters immediately dug into Page’s background and quickly found business links to Russia.

Trump opponents have asserted that the former real estate mogul has been too deferential to Russia and its president, Vladimir Putin, and the Page connection has been heavily cited as evidence of a nefarious plot to help the Kremlin.

That speculation spiked in July, when it was revealed that Page spoke at an event in Moscow. Page’s visit is also referenced in the unconfirmed 35-page dossier compiled by a former British spy and published by BuzzFeed in January.

Page has been cagey in his responses to questions about his ties to Russia. He has also provided misleading answers about his contacts with members of the Russian government.

In an interview last month with PBS, after he was named in the New York Times report, Page denied having had any contacts with Russian government officials during the campaign. But USA Today reported on Thursday that Page met with Russia’s ambassador, Sergey Kislyak, during the GOP convention in Cleveland in July.

That news came out after The Washington Post reported that Attorney General Jeff Sessions met Kislyak twice last year, while he was serving as an adviser on the campaign. Sessions failed to mention those meetings in his Senate confirmation hearing. He recused himself from any investigations into Trump campaign activities.

[dcquiz] Speculation has grown in recent weeks that Sessions brought Page onto the Trump team.

Louise Mensch, a former member of the British Parliament and occasional MSNBC analyst, has theorized that Page was introduced to the campaign through the then-Alabama senator. Mensch has also accused numerous members of the Trump team, as well as Trump, of engaging in espionage with the Russian government.

A Trump campaign heavy like Sessions or former campaign chairman Paul Manafort, who has lobbied for pro-Russian politicians in Ukraine, would likely be seen as further support for the theory that the Trump campaign was coordinating with the Russian government. But Clovis has no discernible connections to Russia, and he did not have political power on the level of Sessions.

MSNBC’s Chris Hayes picked up the Sessions theory in an interview with Page on Thursday. Hayes asked Page if Sessions was his conduit, but he denied it, saying that Sessions was not involved in his hiring.

Page declined a request from TheDC to identify his connection, saying that he did not “want to drag anyone down about so-called nefarious Russian connections.”